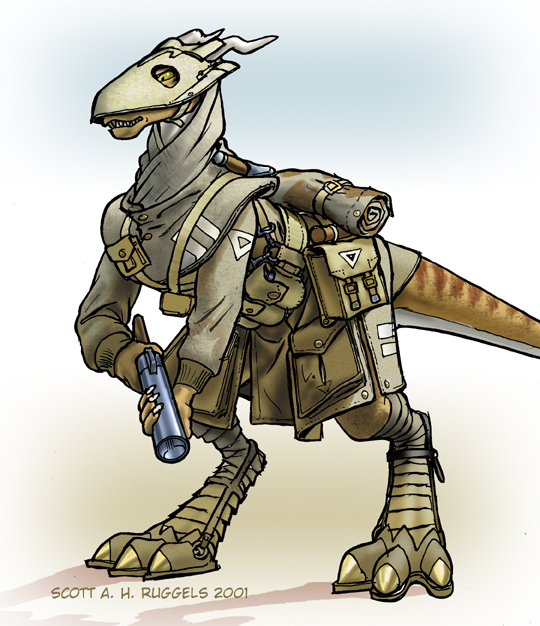 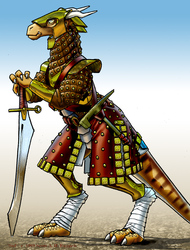 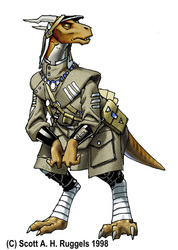 I have shared the coloring technique if one is curious, as it took 4.5 hours from inks to full colors, here: http://www.rdwarf.com/users/ruggels.....g/layer01.html .
I tried to keep a WW2 Western Desert feel for this piece "Grandmother's War." Photoshop Scott A. H. Ruggels 1 / 2000

The "Combat Uniform" of there period Evolved into the "Dress Sands" Uniform worn by the Granddaughter, Tsurukh. The contemporary Combat Uniform I may upload later or redraw.