I am Samui, a six tailed ice fennec. I have been a furry since February 2004, but haven't been active in the fandom until late 2005.

I consider myself to be a writer. I have attempted to draw in the past, but never had the patience for it. I have two projects in the works, one is called "Kitsurian Chronicles". It is based off roleplaying events that took place between 2004 and 2005. I've been procrastinating on it for a fair amount of time (nearly a decade sound fair?), mostly due to lack of inspiration and motivation. My second project is "Digital Dimension", a Digimon fanfic that originally started out as a parody back in 2002. This was another story on which I've been slacking, and after brushing off the dust, I decided I'd fix a lot of the problems with it and make it a little more serious.

Along with writing, I also run a classic gaming community called Kitsuria Network (http://kitsuria.net), where we focus mostly on retro games and abandonware. I also frequently stream various games on my Twitch channel (http://twitch.tv/icekitsune). 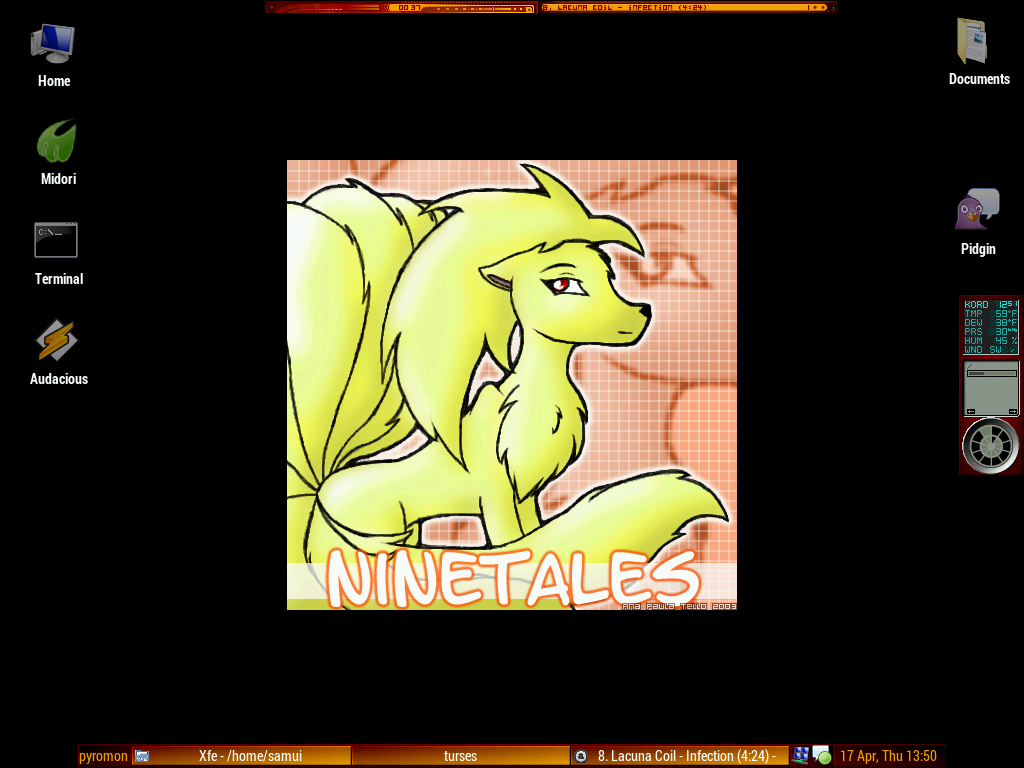 It's been eleven years since I first launched my site, which was known back in the day as "Digital Dimension". It was a Digimon fansite, just a simple, small thing, that eventually grew and changed to what it is today - a kitsune themed gaming community, for anyone and everyone.

I had a Digimon fanfic on the site, on which I only had one chapter. I've also had another fanfic I had been working on a year before that. I've written several chapters for the latter and posted them on my now defunct Fanfiction.net account, and have backups on a floppy disk. I stopped after the sixth chapter (though I had more on a hard drive that broke in 2004). I picked it back up in 2008 and 2009, revising it so it would be of better quality. I never got past the first chapter, and I kept revising it every year. This year is no exception, though my reason for revising it is different. I am actually /almost/ finished with the second chapter, and when I got halfway through it, I've decided to change a couple characters' partner digimon.

So, I posted the updated first chapter here today, and I will have the second chapter up very soon. I would like to get some cover art made for the story made at some point. I just need to decide what I'd want for it.