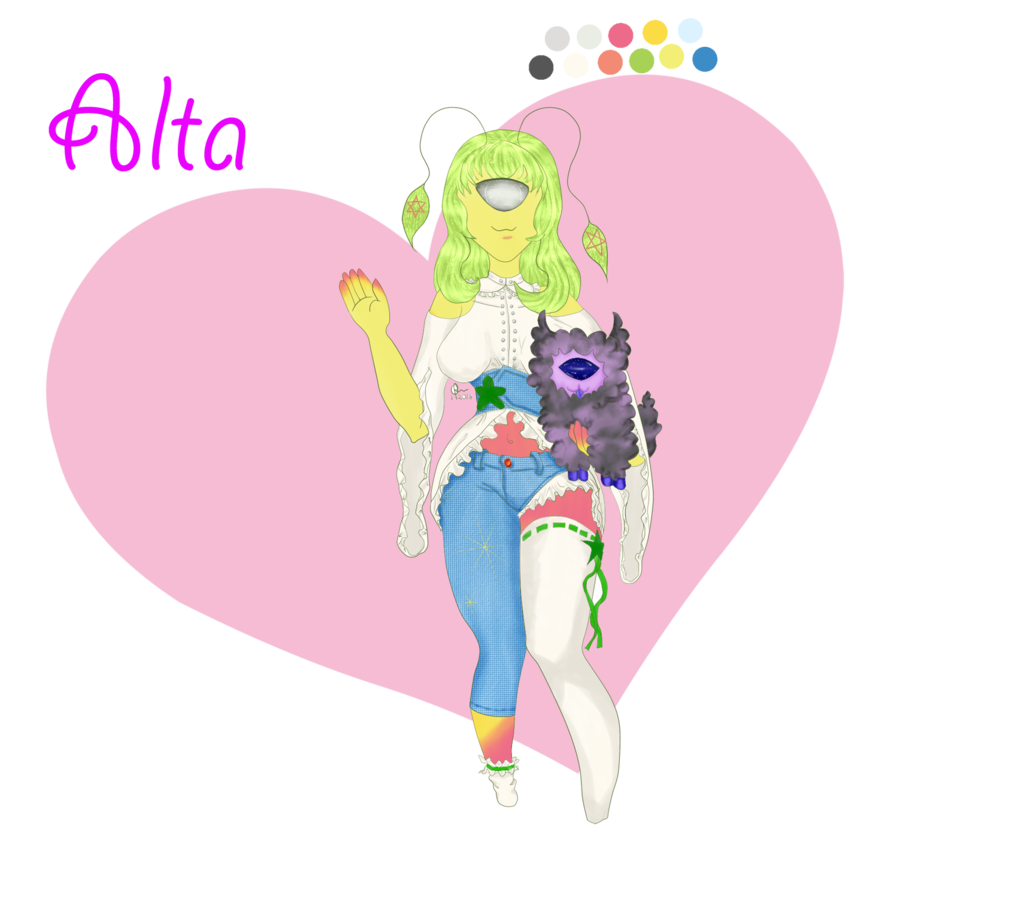 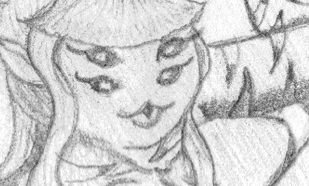 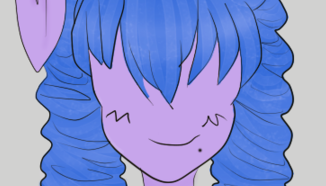 Name: Pap-Pap
Species: Alpaclops
Sex: not sure....
Cutie mark: 4-leaf clover [not shown due to positioning]

This image is from her first night on the space station, E c'amoth, with her pet Alpaclops, 'Pap-Pap'. Her family will be most surprised to see her new outfit, chosen specifically because she was so far away from her old home. Alta currently resides on the space station, working as an apprentice under the famous magic/tech fusion scientist, Thom. She totally lucked out on that one, as she had originally arrived to meet a business partner in lieu of her father, whom had fallen ill. It was a most important business venture to the business, so she volunteered to make the journey in his stead. Her offer was summarily voted down, and the business meeting was set to be cancelled, a move that would cause a definite blow to the business as a whole. So she made some contacts and struck out on her own- when her parents were out at on appointment. Almost all of her plans and arrangements would've probably gotten her sold off to slavers on some distant moon if it hadn't been for Rayel, who with a clear mind, made some calls and acquired two tickets to the a fore mentioned space station E c'amoth for the meet. Once there, they both decided to stay on, requesting to work for their room and board with Nyota making the arrangements. Ultimately, Alta's unending luck landed her [literally] in the lap of the renowned inventor scientist, Thom, who, knowing talent when s/he saw it, took her in as an apprentice.

It should also be noted that her favorite 'thing' is stars~ Stars of all types; from one that keeps her solar system going to cute gold star stickers~ She loves them so much, while working under Thom she invented a long-lasting pigment that would permanently adhere to her antennae, yet not cause disruption, or irritation to the delicate organ~ She drew the two stars on her antennae with it~ While not permanent, the pigment did last quite some time- about a year and a half to be exact~ Alta is currently in the process of trying to market her product as a long-lasting hair dye that won't damage one's hair/fur~