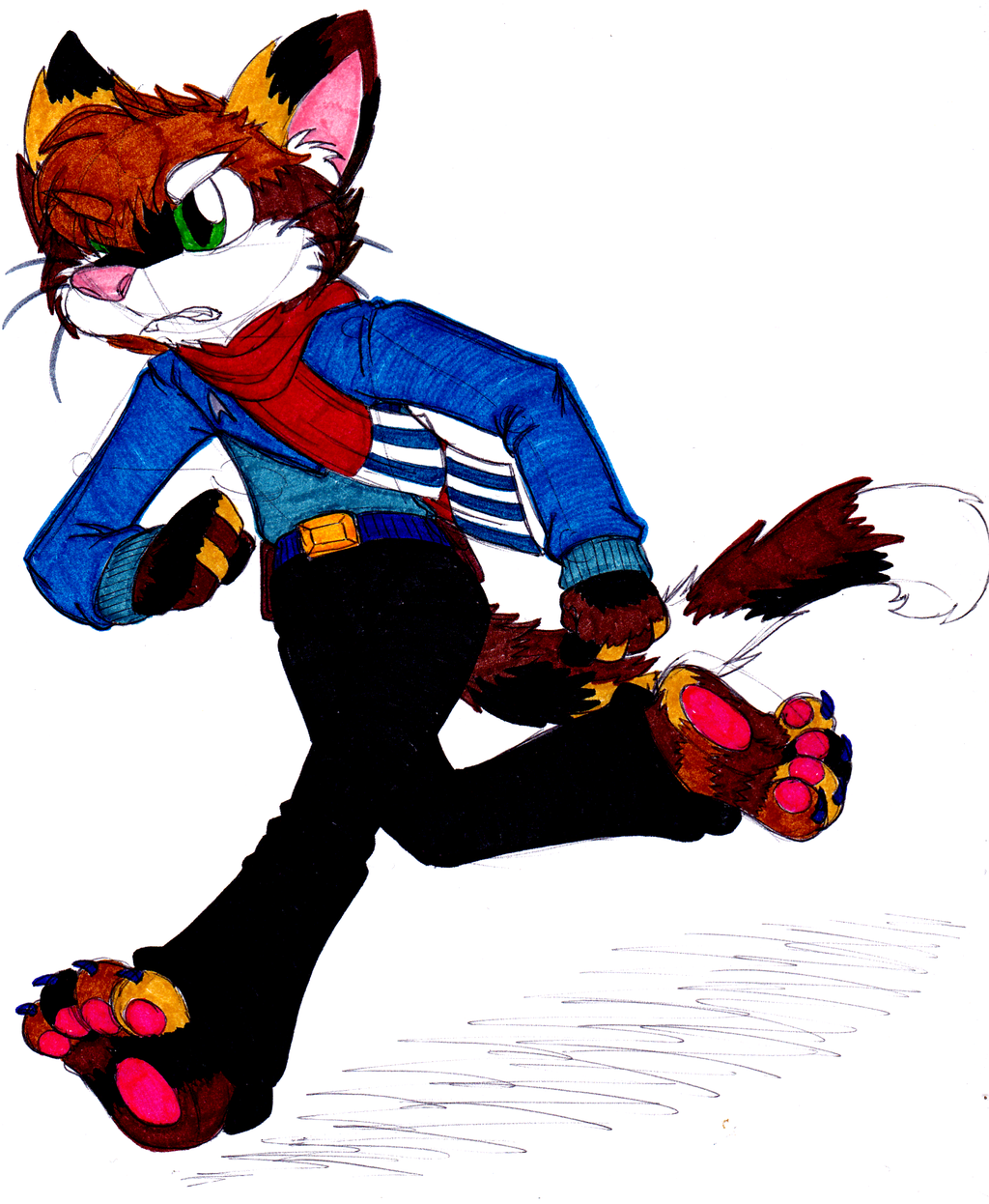 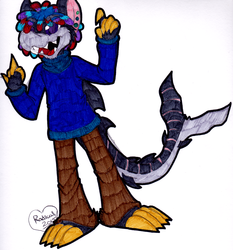 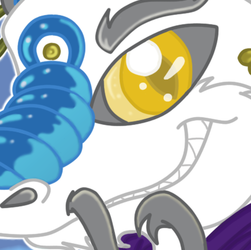 Connor is a tenth generation non-native Caitian serving as a Science Officer (Lieutenant). First aboard the USS Archer, then for a period of a few months alongside his elder sister aboard the USS Caspian, and later aboard the Enterprise-F for a number of years.

His family experienced financial trouble after the passing of his grandparents, Kurai and L’mari, which left little wherewithall to keep the family safely intact and together. So, as a way of retaining the strongest part of the core lineage (out of selfishness and pelt restrictions in his father, Delgan’s, case), he, along with four of his siblings, were adopted out. Connor ended up in the loving care of his adoptive human mother, Contessa, and Betazoid father, Boyd. Contessa and Boyd had six children of their own (Julian, Jerald, Mailanne, Narissa, Ian and Boyd Jnr.) and three adoptive ones: a Ferengi named Suza, a Bajoran named Quillan and an Oolan named Arlyle. His childhood was a happy one, and he looked up to both his parents and older siblings, especially Mailanne, as she was now promoted to the rank of Captain of her own Starship, the USS Caspian.

The Laodegan lineage were deeply respected in Starfleet’s proud history, and as the male Caitian grew up, the thought of traversing the stars became his lifelong passion. Connor entered Starfleet Academy fairly early, several years before his coming of age, although he was not permitted to leave the grounds unless escorted by a higher ranking officer. This was mainly to ensure Connor’s curious nature did not put him in harm’s way (and otherwise because Contessa quietly feared reprisal from other pureblood Caitian families due to the sensitive nature of her son’s adoption). Mailanne looked after him whenever she could, often putting him in the care of colleagues in her absence. Astrometrics were a passionate subject in Connor’s life, and he tracked many distinctive stars and planetary systems that were yet to pledge allegiance to the Federation. Whilst aboard the USS Archer in his 15th year, he gained the rank of Lieutenant, and an Astrometrics assignment that would later send him straight into the waiting arms of his elder sister, Mailanne.

During what was supposed to be a routine scouting mission on a Class-M planet, then titled “Odaros” (Planet of Mists), Connor, now 16, along with several of his crewmates found the wreckage of several shuttles from what appeared to be a disintegrating colony ship in the gravitational pull of the nearby moon. Aboard one heavily damaged shuttle was a young child, no older than eight, in the only remaining undamaged cryogenics tube. The name on the ship’s database identified the boy as part of a noble lineage, the Tacitus family of the Trelkus System. When the USS Caspian made enquiries about the boy’s lineage, they learned of a political shakeup which had sent most of the so-inclined councilmen and women and their families running for cover wherever they could find it. The Trelkus System wanted little to do with the Tacitus name, given its bloodied and often power-hungry history, which left the unconscious child without a family. When the boy awoke, he was, as most orphaned children are, terrified of the uniformed officers surrounding him. Try as they might, the command crew of the Caspian could not get anywhere near the frightened boy, until Connor happened upon the situation unfolding in Sickbay whilst delivering his report to his Captain.

Connor did not approach him standing tall as his seniors were, instead he lowered himself to the boy’s eye level, meeting the frightened child halfway. Communicating through a form of crude sign language, Connor was able to get a name out of him: ‘Summerlad’. Connor decided this name didn’t suit the boy, instead referring to him as ‘Sunshine’. The boy relaxed in Connor’s presence, enough to see to a medical check and clearance, but would not leave his side for any reason. Mailanne would convey to both Starfleet Command, and later their parents that her kid brother ‘could make friends with an enraged Gorn if he really wanted to’ – a testament to how Connor seemed to understand Summerlad on his level by means of referring to himself as “Ten”, and him as “Sun”.

Summerlad’s discovery and subsequent “adoption” however attracted the attention of the Diomedian System, one of many systems the Tacitus Lineage had pissed off in the past. They saw Summerlad as a burgeoning threat, despite the fact he was only a child. Connor found himself under fire for taking the role of the boy’s guardian. In these years, from his 17th to his 25th, it became necessary for Mailanne, acting under orders from Starfleet Command (and their equally as worried family), to move her brother and his little friend to a placement that could rightfully defend them on a proper scale: Captain Jean-Luc Picard, and the Enterprise-F. The Diomedian System made many attempts on the boys’ lives as time went on, so much so that Captain Picard returned them to Starfleet Academy after deeming that their presence ‘endangered too many lives aboard his ship’.

For now, both remain in Starfleet Academy under protection from Starfleet Command, but the Diomedian System isn't the type to give up the chase easily...

The ASF stuff I wrote is long since dead. I'm trying to restore my interest in it, but after numerous thefts and plagiarism based on the original texts and artworks, I can't see myself continuing it in the foreseeable future.

This Alt universe idea I blame my husband for; whilst we were housesitting last week, he and I basically binge-watched all of Star Trek TNG, DS9, Voyager and Enterprise. Of course, my mind wandered throughout and the ASF entered my sketchbooks, along with my my former fursuit character, Ten Cents, and...well...shit spiralled out of control from there on in XD!

I've changed his name to Connor Laodegan, a 10th generation of the lineage whose surname he carries now.

And as for Summerlad, I wanted to keep the relationship between them going even in this AU. He's also seen a pretty massive redesign. Connor not so much, but a few colours have changed here and there. Kinda fond of the ol' kitty in this new form =3