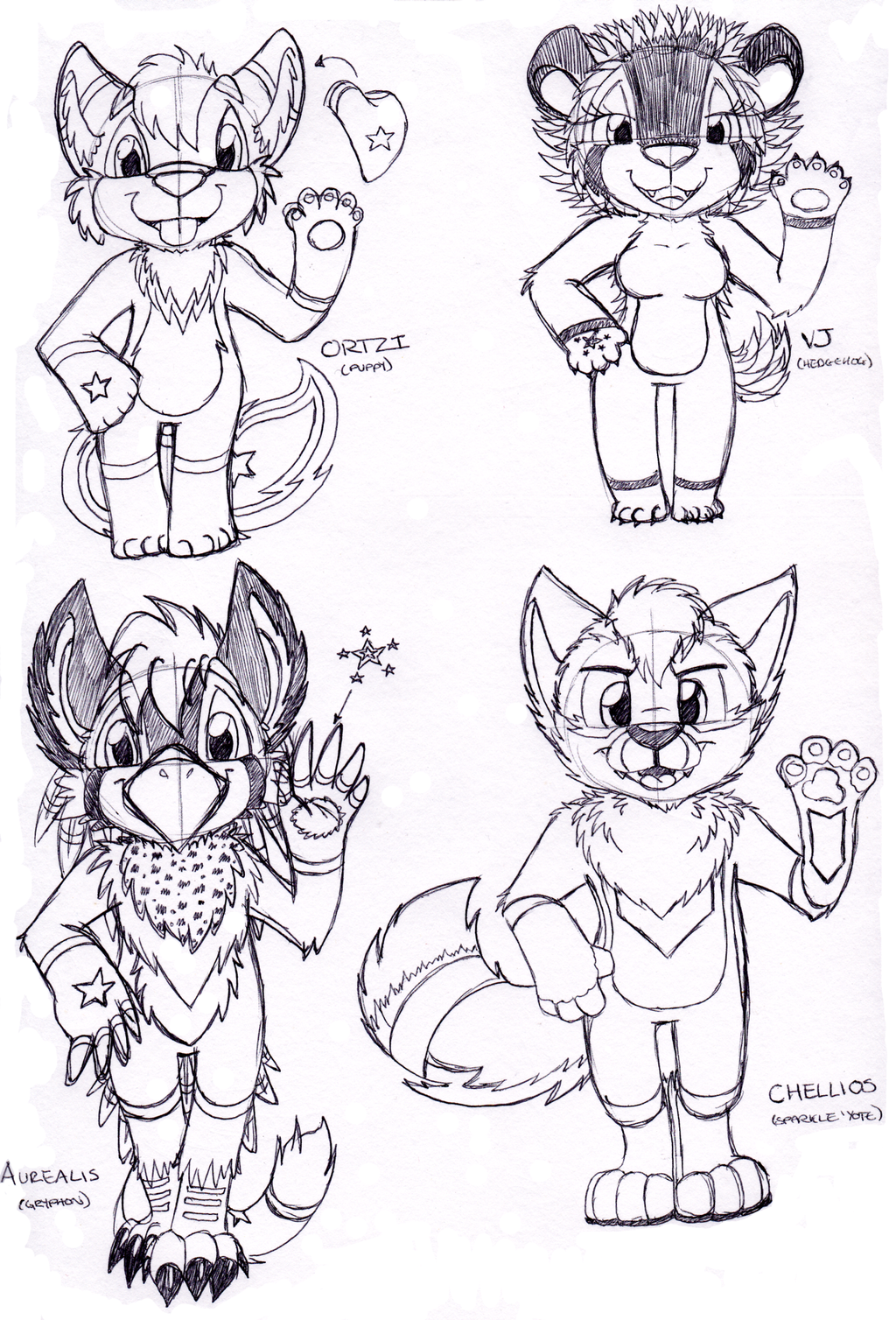 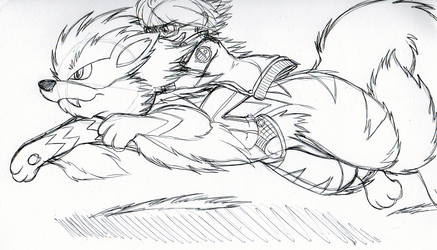 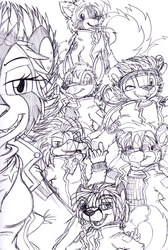 Ohey look! Actual physical drawn art from me!
Borrowed this chibi style from other artists, I apologise if I tread on anyone's toes.

In a slump healthwise and artwise, so the boys and VJ got somewhat chibified for front-on markings reasons. I have a recurring theme of stars with my characters (yes, even Chellios has them...well...more like he wears them XD).

Not too sure about giving VJ full pawpads after all these years though. It's a once-off thing I think, she does in fact have the palmpads though, you never see them due to her wearing of gloves full time, and I have rarely ever drawn her without those cutoffs on. Due to the fact I want her built as a fursuit sometime in the next few years, I've been giving some thought as to how she, and Aurealis, will fit together markings-wise. She's simpler in comparison to him, and bears less colourations.

Ortzi rarely has his ears up, but fursuit wise, the whole floppy ears thing needs to be shown in detail. He's the simplest of my characters, literally apart from his star markings he's tri-coloured. In comparison to VJ, Aurealis and Chellios, that is. I debated giving him a "cutiemark" of a couple stars on his thighs, but I swapped this out for his back markings. I'm still entertaining the idea though: a brony but not so much in pony form, aha. He's a planned fullsuit.

Chellios is facing forced retirement if I can't get this guy refurbished/rebuilt before October 2015. Pains me to do that because he's an excellent fursuit character and I love his whole "Burn Notice" attitude. Internally and externally he's falling apart, and my options appear to be spent down either track (...unless someone has any suggestions on fursuit makers who refurbish other makers' suits?) If all my options are closed off for now, he'll be retired for the time being. I'll go back to him at a later date :)

Aurealis is essentially VJ in male form, they're "step-siblings" if we wanna go that far. Markings-wise, he shares her facial/ear ones, and colour-wise is on par with her neutrality. I debated long and hard about his handwings/feetpaws, and decided I'd go with the wing-like hands and the taloned feet style for him. As much as I like stompy paws, and entertaining the "lion half" of the Gryphon species, Aurie really doesn't fit into that style, I don't think. I did try drawing him with the same style of feetpaws as VJ, but something didn't quite click. In fursuit form, Aurie has tiny adorable wings, but in anthro form, he has huge as hell wings.