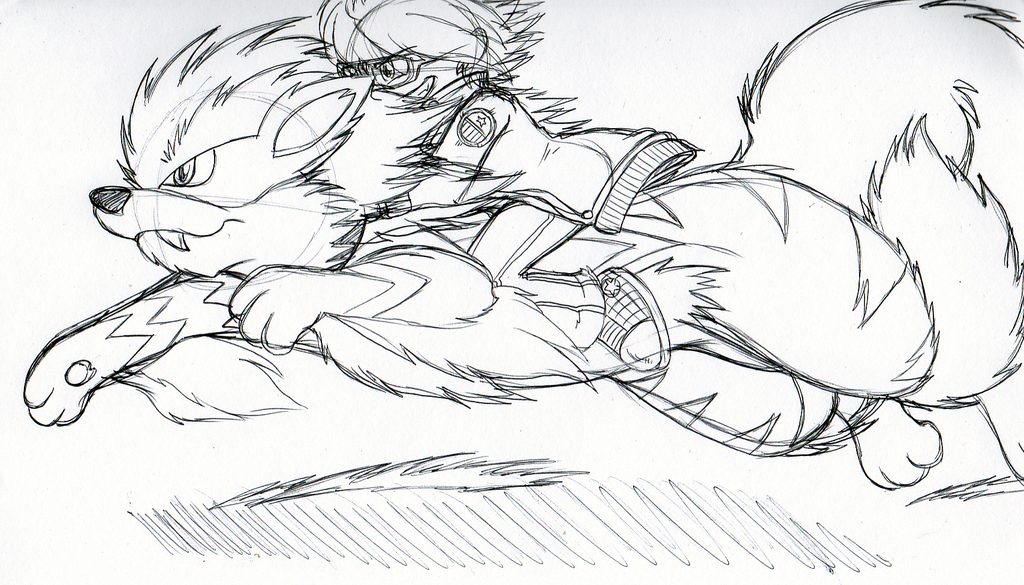 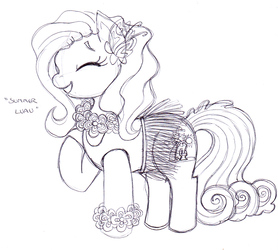 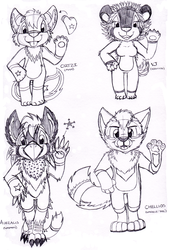 Currently working on this piece and fixing some sizing issues and missing details in Photoshop. I work far larger than this scan though, unfortunately the working file is a lot larger than the 10MB limit on Weasyl XD

I love the nine hells out of my original Red game's Arcanine; Quickstryke's been with me since day one. He's a level 100 4IV monster, and is currently siring many children in Pokemon X right now as my breed for an elusive shiny continues. I managed three shinies over wonder trade and one via fishing, but so far my dream of a shiny Arcanine/Luxray/Braviary trio is a little far flung in the future right now, ha!

This was excellent practice as I haven't drawn Quick for a number of years, and it's certainly the first time I've ever drawn the human!VJ atop his back. In many previous sketches she's been either brushing his coat, feeding him or ordering him into battle. The pose for her is a first for me and I think I captured VJ's shit-eating grin perfectly as they race across the land together XD

I know, I know - it looks like Quick's flying here, but he's in mid-run I swear! Oo;