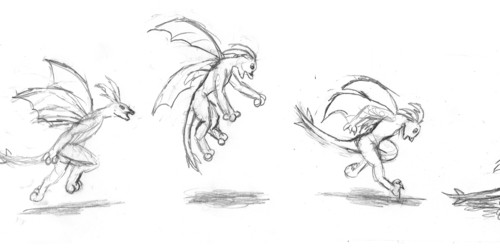 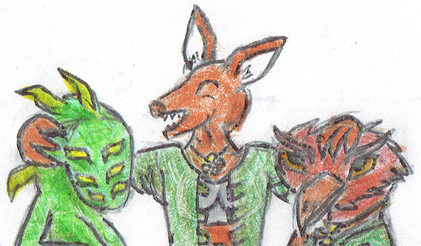 Last year when Stellaris was new and shiny, I was so frustrated with an asshole Ancient Race, (the unmovable "mountain ranges" of the game), I didn't appreciate what civilization I HAD built. A Republic of 5 Races working together in harmony.

...Behold the mainstay of the Holy Republic of Tumbarr Star Navy - the cruiser-carrier. An ugly "dark box in the dark", guns could be mounted on from a pragmatic people. Now when it comes to a "Star Wars vs. Star Trek"-style discussion, there's just something satisfying about not just drawing some ship and writing ego-boosting technobabble, but coming from a strategy game gives this a leg to stand on - relative strengths and weaknesses compared to other ships, and the game's merciless judgement that this design actually works - it won battles, it won wars.

The general effect of this design is to function both in a fleet and independently. For example, during the Qravadox War, a single cruiser and its fighter escort valiantly held off 6 enemy destroyers in a sacrificial rearguard action (think "300"... IN SPACE!!!) In major fleet engagements, the long reach of the fighters and tachyon beams allowed admirals to converge all fire on any single target, and knock out the greatest threats one-by-one.

tl;dr - Made this in Stellaris, it fought like Star Fox XD