Races of the Holy Republic of Tumbarr [Stellaris] by Runewuff 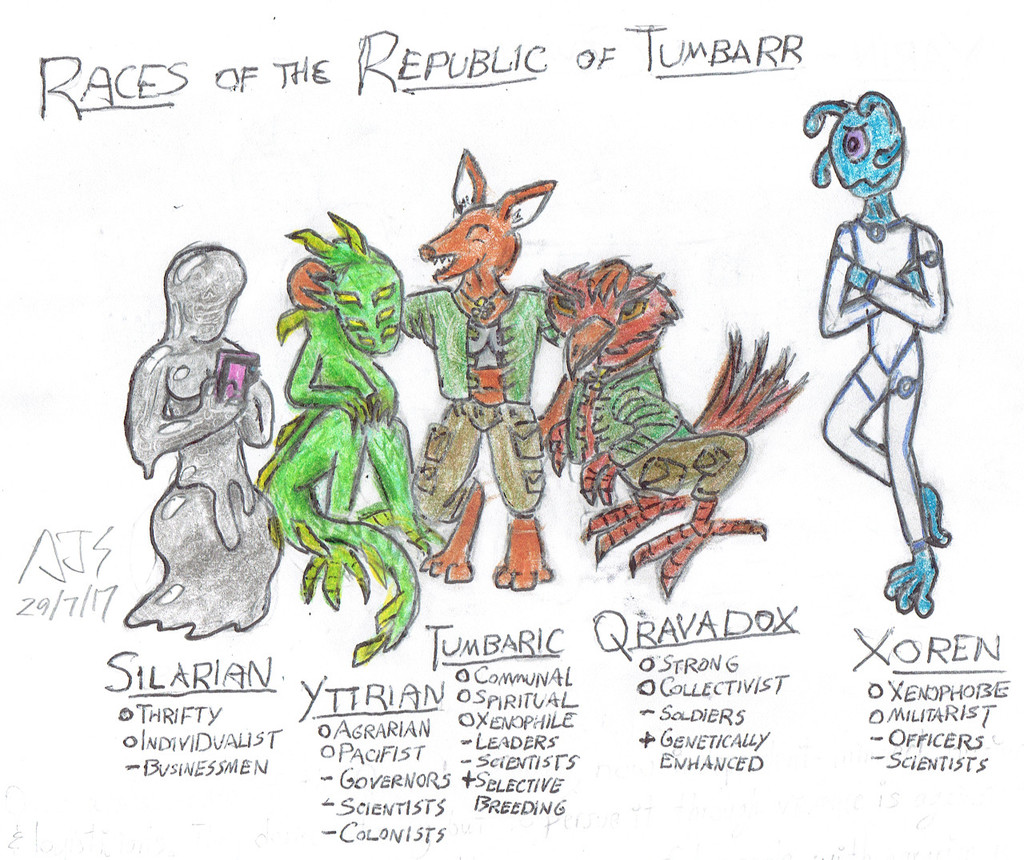 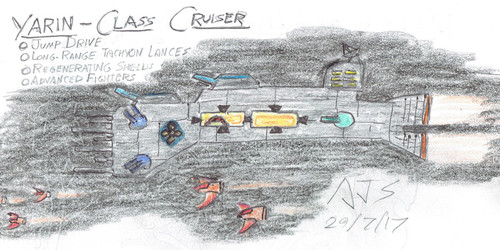 Races of the Holy Republic of Tumbarr [Stellaris]

Discussing what happens in a game of Stellaris is... problematic. Instead of say, the Romans, Celts, Babylonians, everybody gets and knows in Civilization, the alien races of Stellaris are randomly generated each time. So no one else will have ever seen these exact combinations of character traits before. Illustration is really necessary to talk about my own experience.

The cruiser-carriers of the Holy Republic of Tumbarr were manned by these multi-racial crews. (Furries in Space, fuck yeah!)

The Tumbaric - The community-minded race of anthropomorphic foxes that I played. I had no idea they were to be the catalyst to form a powerful "federation". Curious about the unknown, but reluctant to leave home - they made mistakes. So. Many. mistakes. They had the crap kicked out of them... twice On the brink of being decimated - by the genetically-engineered horrors of the Shabtak Continuum, with whom they found a diplomatic solution at the 11th hour - nearly conquered and enslaved by the Qravadox Empire and its Allies but for one desperate all-or-nothing battle. But always they made up for it with youthful energy and naieve enthusiasm, blindly pushing ever upward and onward.

Yttrians - A peace-loving race of anthropomorphic feathered serpents that like nothing better than to settle down in some warm, fertile land and go "back to the farm". Close allies of the Tumbaric, vast numbers of Yttrians were given incentive to settle on worlds in Republic space. They turned out to make capable "first wave" colonists, enjoying "the simple life" and clearing the land for later arrivals. They also distinguished themselves as capable scientists and planetary administrators. The governor of the most populous spiral arm is a Yttrian.

Qravadox - A tough, hardy race from a barren world. To survive, they met hard choices everyday with "The needs of the many outweigh the needs of the few". They colonized planet after planet with forced labor camps, enslaving any less advanced race they came across, such as the Silarians and Xoren. The rapid expansion of Tumbarr and Yttrian colonists into their spiral arm of the Galaxy seemed like a naked land grab, and they persuaded an diverse alliance spanning half the Galaxy of scientists, monks, and merchants, to join with them against the Tumbarr threat. But in a series of enormous battles, the Tumbaric snatched planet after planet away from them, and the Alliance fell into turmoil, ostracising the Qravadox. Those who found themselves inside the Republic's borders enjoyed their newfound freedom and rights within the Republic and put up little resistance. Still valuing the greater good over their own well-being, Qravadox have adopted Tumbarr religion and culture in order to better fit in, and often volunteer for military service.

Xoren - A scientifically-inclined and xenophobic race from an aquatic world, they were once arch-rivals of the Tumbaric... until the Qravadox conquered them. They fiercely resisted occupation by any alien, Tumbaric and Qravadox alike, but have come to begrudgingly accept their position within the Republic as a semi-autonomous sector. Still filled with dislike of outsiders, some join the military to have a chance to take out their frustrations on strange aliens. This seems to be the motivation of the current high admiral of the Republic Grand Fleet, a Xoren whose bitter memory of the Qravadox Occupation gives his tactics an edge of ruthlessness.

Silarians - A peaceful, business-oriented race evolved from slime mold. Independent-minded, they wanted nothing to do with the Qravadox who invaded them, and less with the Tumbarr ideas of community. Though Silarians travel throughout the Republic, among themselves talk frequently turns to independence for their 4 home planets. Violent protest is not in their nature, however, and their independent thought has led to a myriad of split nationalistic organizations, none of which can agree on what form independence should take, whether autonomy within the Republic, complete separation, or some other possibility. Within the Republic, Silarians make the best accountants and military logisticians.

tl;dr - I pwned the AIs, and made this Federation of furries. XD