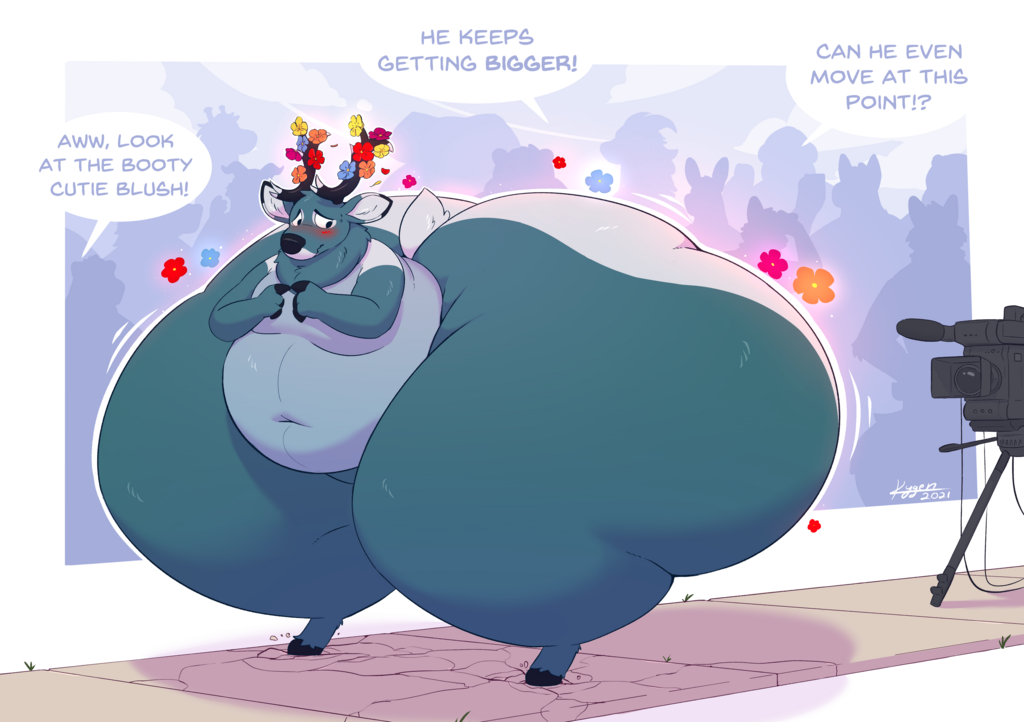 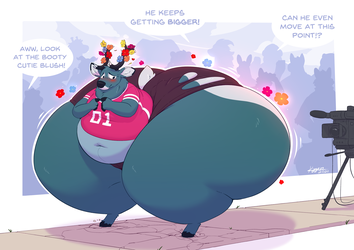 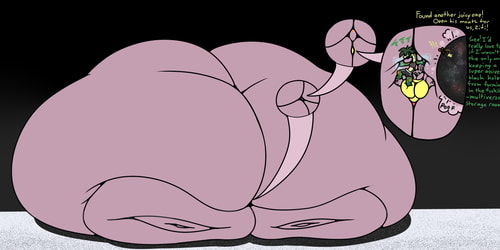 Say hello to Cor's new bottom-heavy base proportions! 💜 He's pretty sheepish about it but don't let that stop you from admiring that colossal rump of his and telling him just how cute he is! He's far too shy to admit it but he really quite likes all the attention…~ All the poor elk wanted to do was go out for a relaxing morning jog to the woods 'n back, but it seems he's attracted some attention along the way! And the more he gets, the bigger his backside becomes… Now that the media's on the scene there's no telling just how huge his hindquarters are gonna get, better waddle home quick Cor! …If you can manage more than a few cumbersome steps that is~

This positively stellar piece was made by the superb Kygen(FA) as the result of an art raffle, and I can't even begin to thank him enough for doing such an amazing job on it, you should check out the rest of his wonderful work! 💜