Valac and Agares sketch by Rococospade 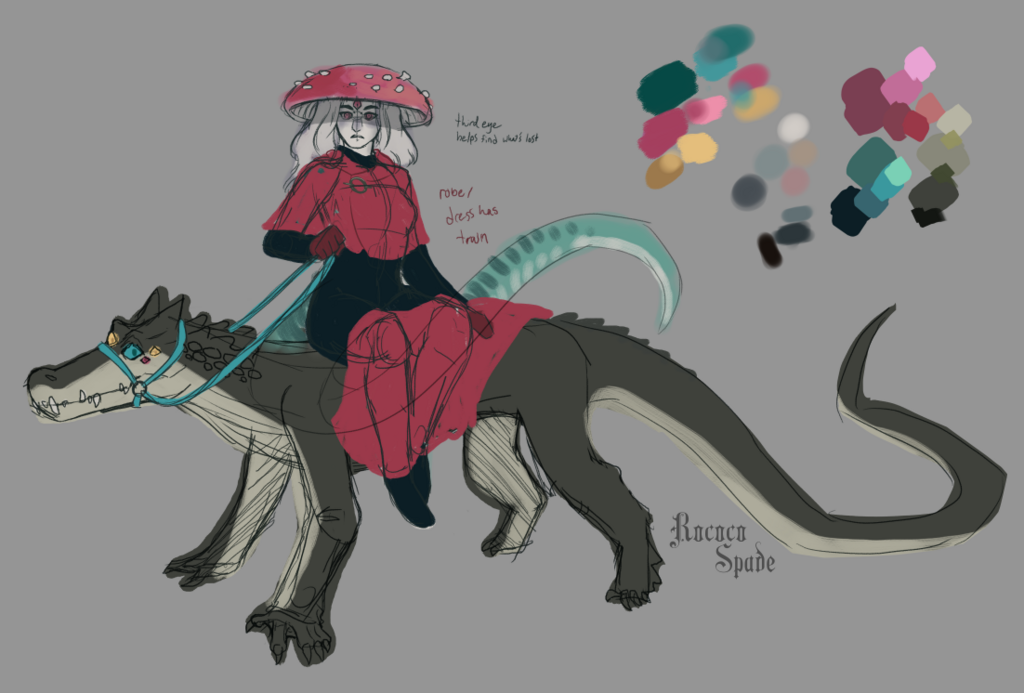 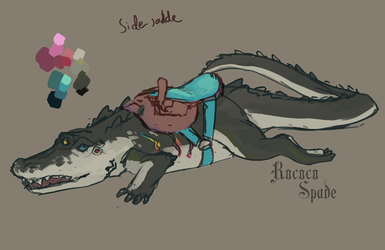 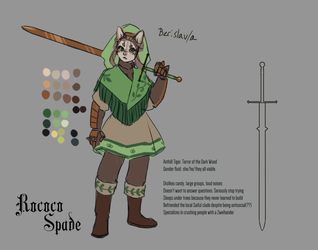 More drawings of this guy, this one was done today. I gave up on finding his original name and his new one is Valac. He's a lazy fatass that only runs if he's bribed with chicken.
I'm still developing his looks, this one is really blatantly just the prehistoric croc ancestor that would gallop after prey with gills + extra eyes for magic flavor.
The lady on his back is Agares and even though she's dressed in robes she's kind of like a wandering knight. Her thing is finding people that are at a crossroads, or lost, and bringing them back to where they should be.
Valac doesn't like talking so he pretends to be a dumb animal and forces Agares to interact with other people. She's not very happy about it because, she doesn't usually like talking much.
Agares is a falsibyl, her progenator was Agrat. So she's of the same lineage as Balam and Asmodeus, though she's older than both of them and considerably more powerful just by virture of stockpiling magic longer.
And yeah, generally Agares rides everywhere on his back. She gets VERY CRANKY if forced to dismount for a contract holder or summoner.

Sav encouraged me to post more about the falsibyl, leading to this sketch... so, thank you for that a lot!

I'm gonna mess with their designs more as I find the time.