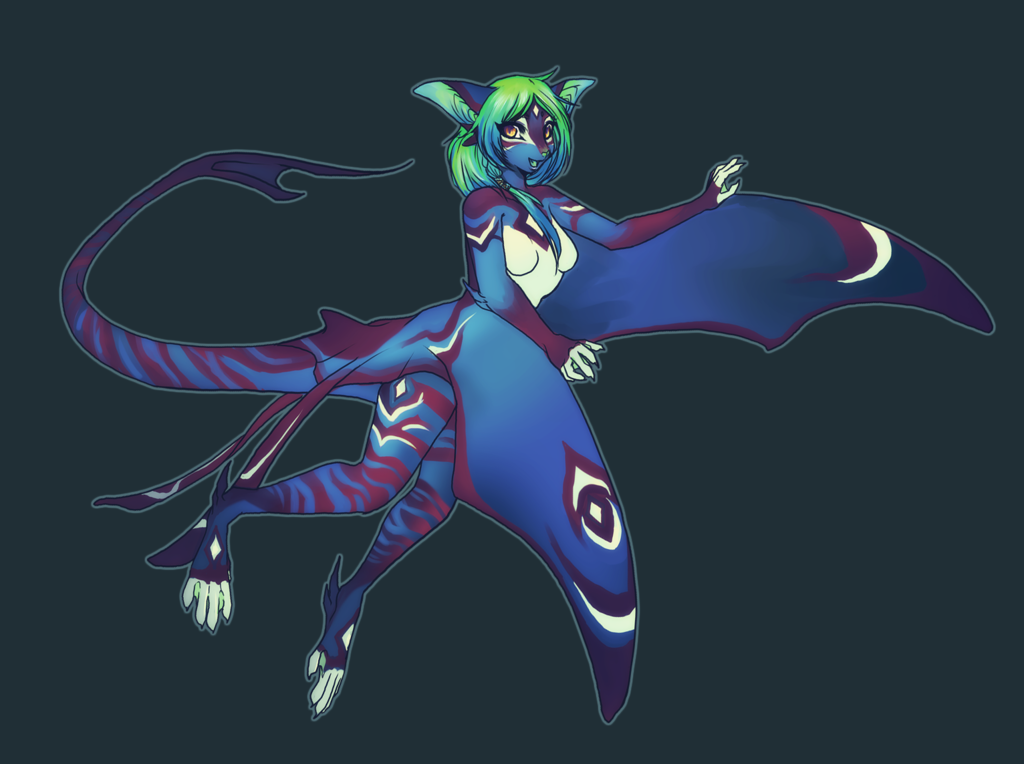 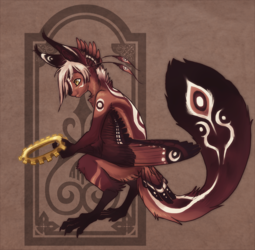 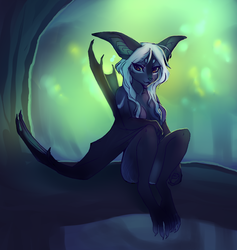 Here's a concept for a companion species to the Aqoatl I've had swimming around for a while now but only now got the bite in the ass to finally draw it out. Forgive the silly pose XD
They need a proper race name, but that will come later.

The short lore with these guys is their ancestors fell from the skies and into the sea. The Great Leviathan took pity on them and turned their wings into fins and gave them the ability to hide their true forms. On certain phases of the moon, when the tide is at its strongest, they turn back into large feral beasts and are driven by instinct to try to escape the sea with what was once their wings.
They are able to wield magic and have designated themselves as Guardians of the Great Leviathan. They have a truce with the Aqoatl in exchange for their ingenuity as they continue to search for a way back to the skies.

Finally broke out of some nasty art block. Now onto those raffle winners! :D