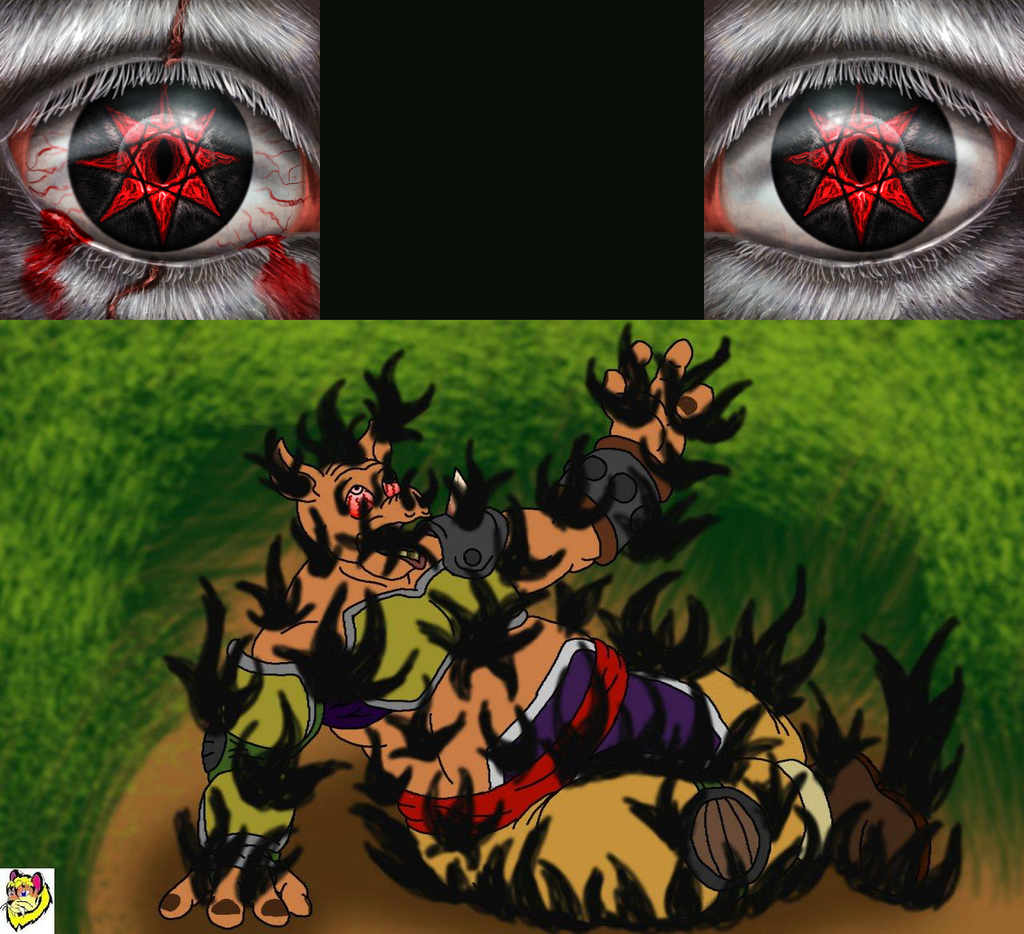 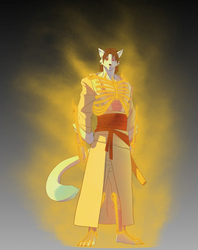 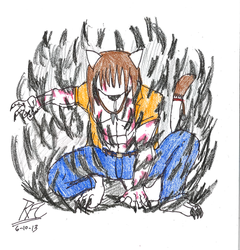 This is one of Rinji's Mangekyo Sharingan techniques. Amaterasu, the highest level of fire ninjutsu. Upon contact, the black flames cannot be extinguished and will burn its target until it's nothing but ashes. Nothing can stop these fires, not even water. Only Rinji himself can extinguish them.

The flames appear wherever the user is looking. It is almost impossible to dodge, unless one can teleport or at least use the body flicker technique.

However, as powerful as this attack is, there are certainly drawbacks to its usage. Of the three Mangkeyo techniques, Amaterasu puts the highest strain on Rinji's eyes, causing the most acceleration towards blindness. And of course, it uses a great deal of chakra.

Upon acquiring the Eternal Mangekyo Sharingan, Rinji will be able to use Amaterasu with more variety and number with less drain on his chakra. And while it can still put a strain on his eyes if he uses it enough, causing him pain, it will no longer affect his eyesight with its use.

As seen here, Rinji had just used it on an evil opponent. Suffice to say, this opponent is in for a slow and agonizing death, as the black flames burn their targets slower than normal fire. Note the blood coming from Rinji's right Mangekyo, which is the one that casts Amaterasu.

Many thanks to omni-aura for making this! :)