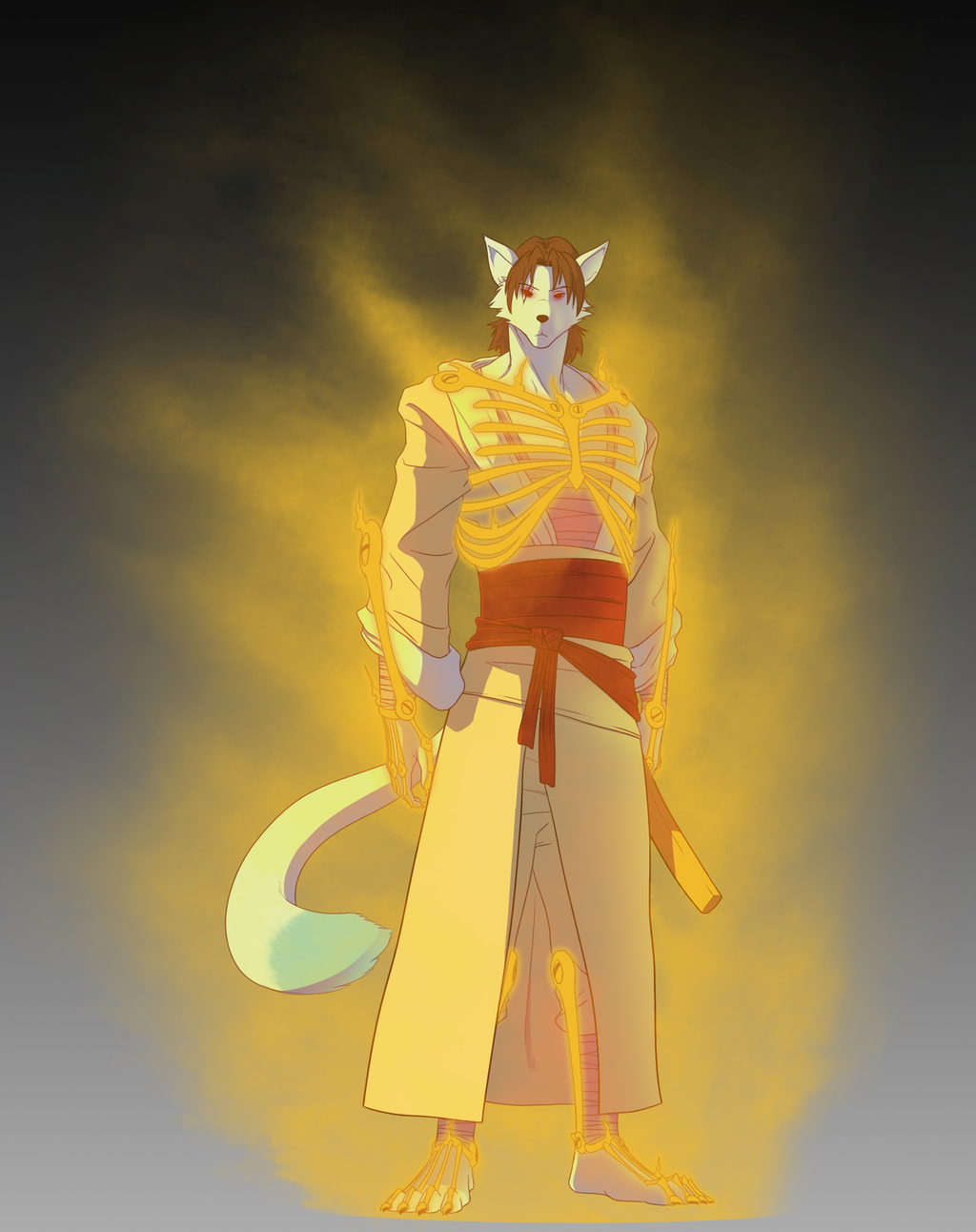 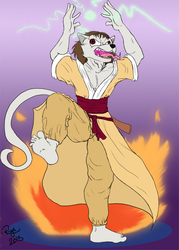 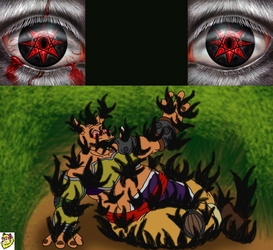 At long last, I give you Rinji's ultimate defense and Mangekyo Sharingan technique: Susanoo

Unlike the Susanoo seen in the Naruto universe, Rinji's is a variant that is more compact. That is, it hugs closely around his body rather than surrounds him in a much larger form.

The first stage of Susanoo consumes a moderate amount of Rinji's chakra, but can be sustained for a reasonable length of time before the strain becomes apparent in Rinji's eyes. On the one hand, this version only protects Rinji's vital areas, not including his head. On top of that, this level of Susanoo can be bypassed with most bladed weapons in a jabbing motion, nevermind the areas that are still fully exposed.

That said though, unlike other forms of Susanoo, this version even in its initial stage is far more durable and nigh indestructable. Any known weapon, fist, or kick that strikes at it, no matter how sharp or enhanced by any additional powers, is most likely to be stopped cold by this technique. And on top of that, most jutsu is greatly diminshed by the aura that Susanoo puts out, even around the exposed areas. This means, for example, that a fireball jutsu at close range and high intensity would do little more than singe Rinji's fur rather than burn him to a crisp.

However, if used for too long, Rinji will begin to suffer a great deal of pain in every cell in his body. Add to the eventual lowered levels of chakra, this technique soon becomes a double edged sword for him. Add to the fact that like any other Mangekyo technique, use of Susanoo accelerates Rinji's eventual loss of eyesight. Though once Rinji acquires the Eternal Mangekyo Sharingan, this particular weakness is negated, and the amount of chakra required to sustain Susanoo is halved.

Against most foes, this level of Susanoo is sufficient enough to protect Rinji in a pinch. However, against the more heavily muscled and immensely powerful opponents, Rinji may likely require his second stage Susanoo...