Pointy and Dangerous by RieselUniverse 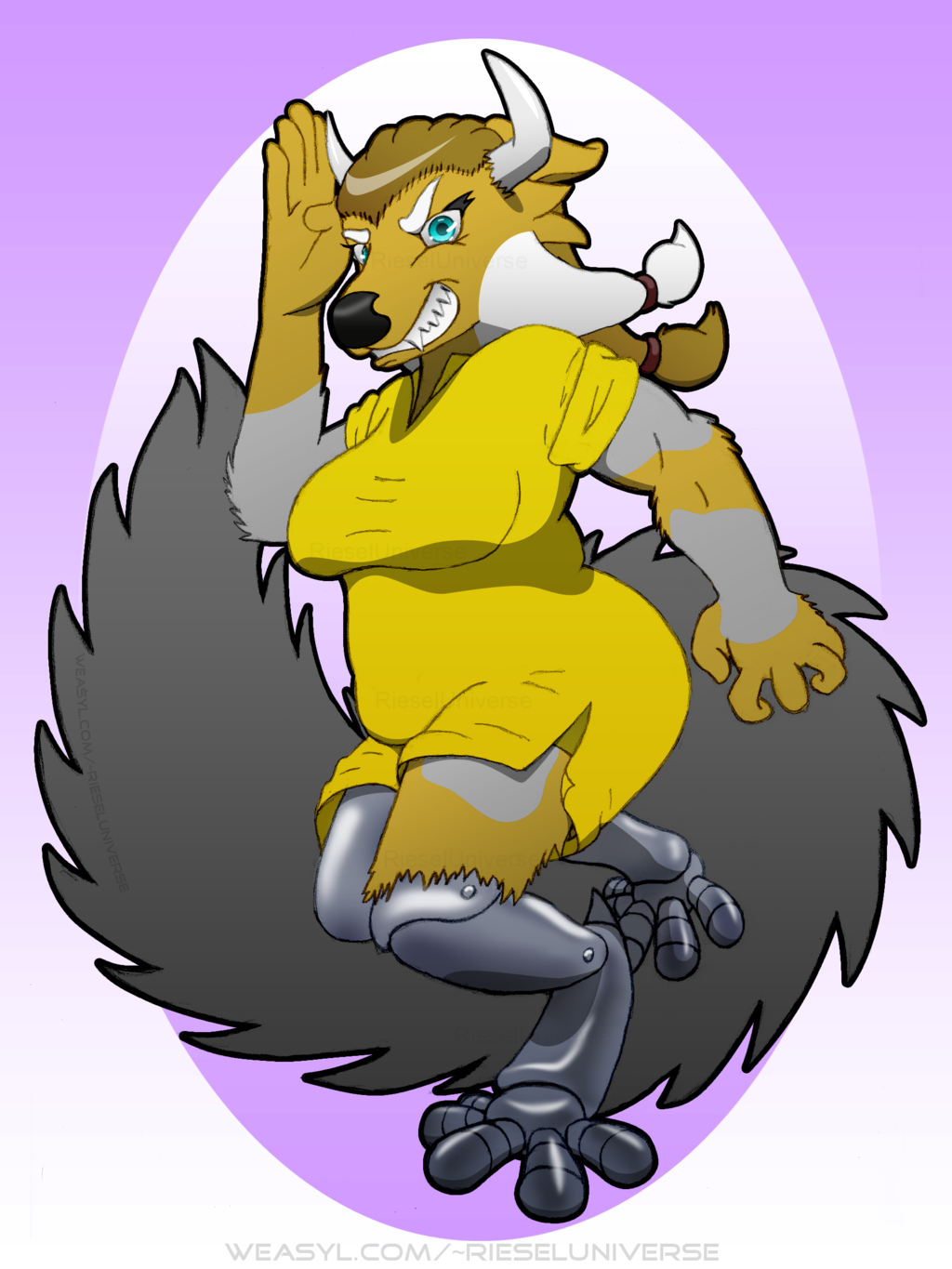 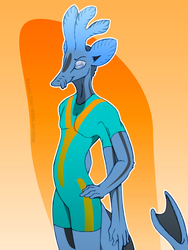 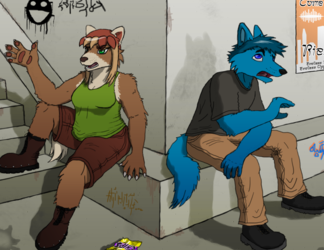 Imagine this mercenary charging at you. Sookaiya Venatosh is nearly 8 feet tall, 540 pounds, and has an obsession with personal artillery. Her legs are prosthetic, and they can kick.

To quote from the wiki:
"Binnikods (bih-nih-kod) are a tall, heavily-built species from Brysance. They have both bovine and canine features. The heels on their digitigrade feet (technically called hocks) feature a long, bony spur that can be used defensively. Each foot possesses five dexterous toes in a splayed pattern that can be used for grasping. The species in general is thick-bodied and strong, and the average lifespan is 750 years. The average height is 7'9". They can see in both ultraviolet and standard wavelengths." [...read more on the wiki]

Sookaiya is featured in story #3, Vol. 1 of my e-book series Riesel Tales: Two Hunters. The series as a whole centers around the adventures of Runge and Ramy, a pair of bounty hunters who live and work on the city-covered and crime-infested planet of Riesel. Even though they hate each other, they work together for mutual benefit. Bickering and sarcasm abound.

Journal about it can be found here.