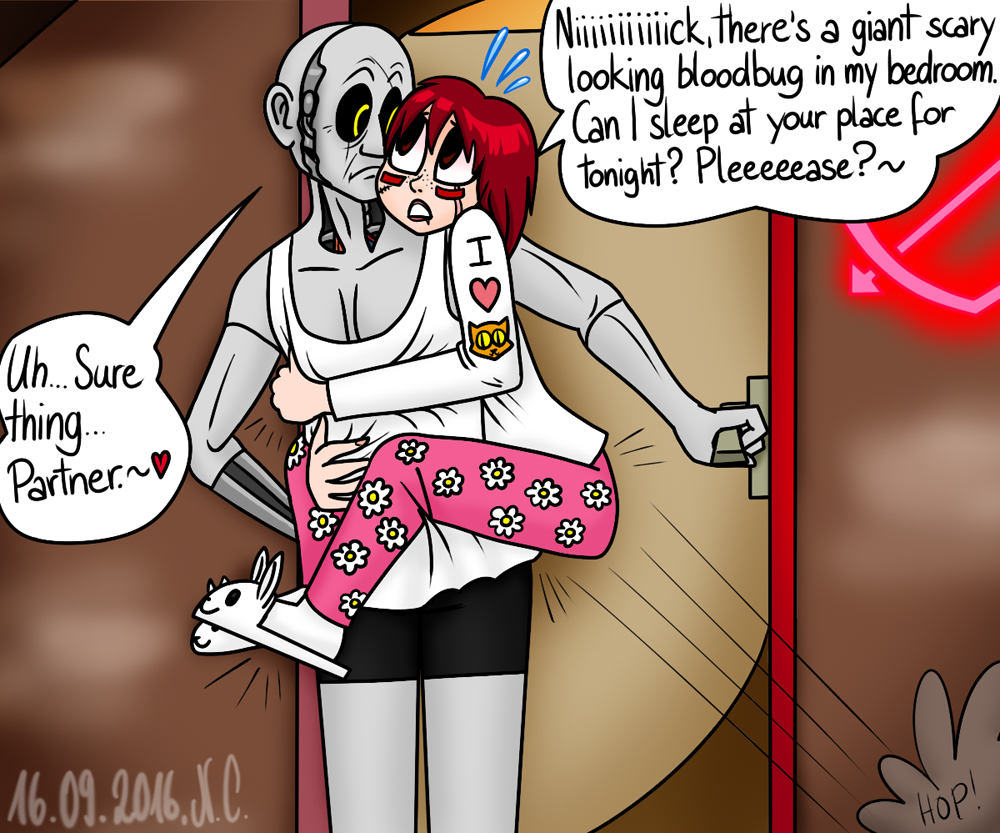 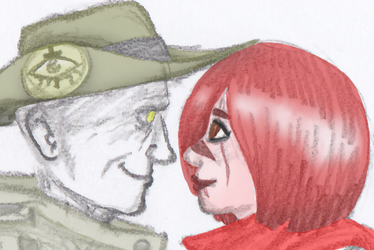 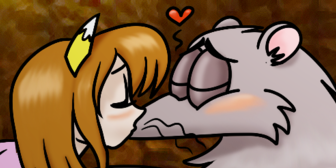 This one is rather silly and not as romance-y as the previous ones. X3
My female Sole Survivor character (Nora) Hawke has a big fear for bloodbugs and other flying mutated insects and thus sometimes one of them gets into her home she bought in Diamond City. In my playthrough I was always amazed that Nick Valentine has no fear for them and takes care of them like a boss. <X3c He's just that badass! That's why I thought it would be funny to see Hawke with silly looking pajamas instead of her black suit, asking Nick to let her stay in his agency for tonight. =P
My love for the two of them still is strong, so forgive me guys for making more fanarts like this. ^/////^;