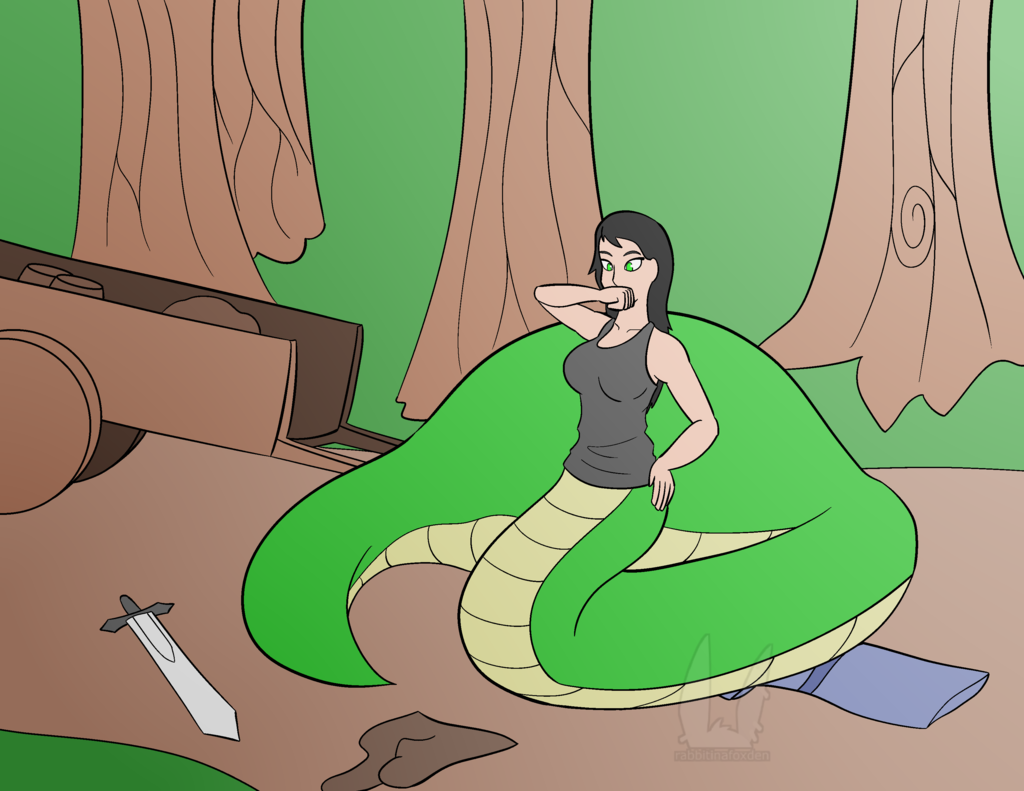 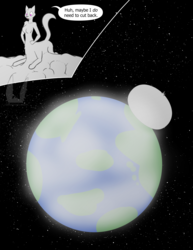 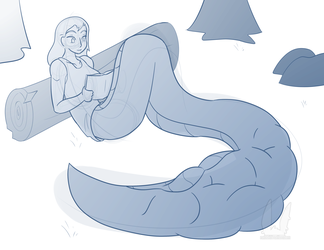 I haven't drawn my character Lliria in a while! She's a naga and technically lives in the same setting as Fia and Cerise and their friends, but in a different part of the world.

Here we see Lliria after she caught a merchant wagon going through her territory, and made short work of said merchant. And the mercenary they had hired to protect the wagon. And the horse pulling the wagon.

Some fun facts about Lliria:

- Lliria is older than she looks and highly intelligent.

- Lliria enjoys eating quite a bit, and tends to eat a lot, even if she doesn't necessarily need to. I.e., she's a bit of a glutton.

- Lliria is very strong and magic-resistant; most adventurers wouldn't stand a chance against her. In other words, she is a high-level monster.

- Lliria is very honorable, but has her own personal morality code that doesn't necessarily align with that of humans. She doesn't see any problem with eating people who cross her path, but would never betray someone she considers a friend.

- Lliria is primarily an ambush predator.

- Lliria does not particularly understand the human concept of nudity and has no sense of shame as a human would describe it. Rather, she wears clothes because she likes the way they feel.

Got more questions about Lliria? Feel free to ask at my Curious Cat below!