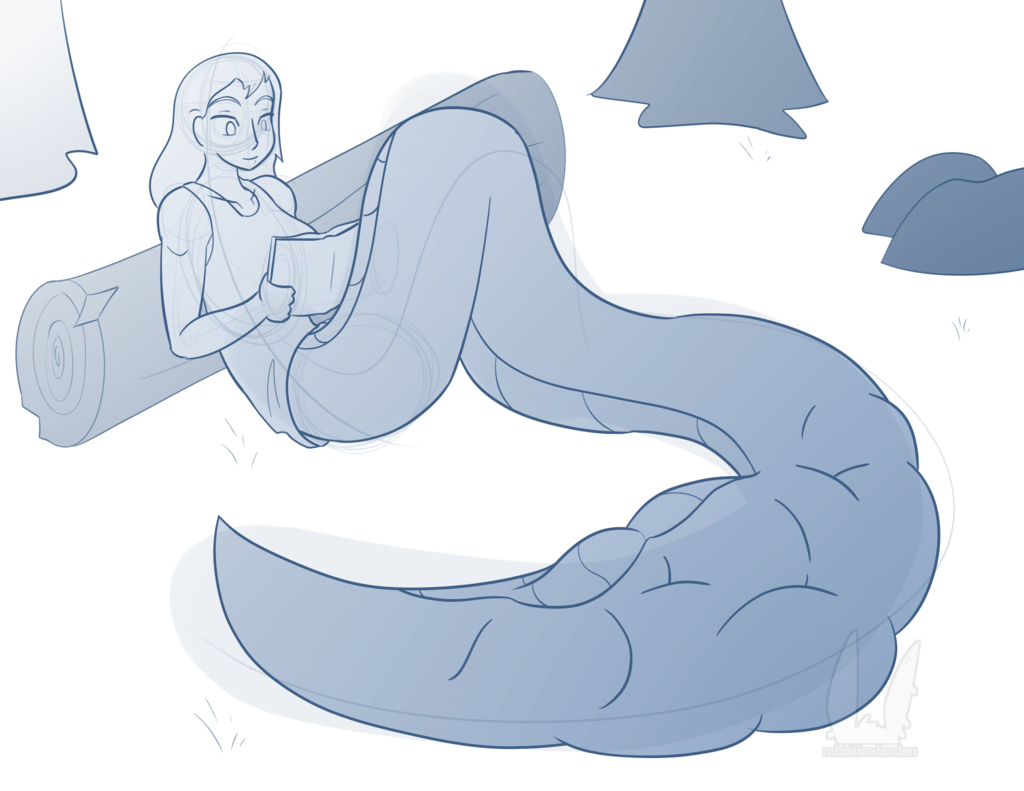 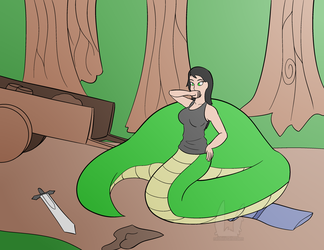 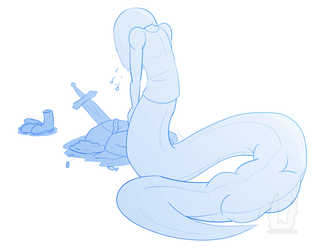 Anon asked: "What's a couple ways to befriend Lliria? Also, what's your thought on a tiny prey, like a rabbit. Turning the tables on a wolf or lion. Swallowing them down to a hammerspace like stomach after they were 'teasing' and 'bullying' the rabbit or prey/pred creature?"

Lliria can be inscrutible, and attempting to befriend her is a risky business. It's hard to say upon meeting a new person whether she'll see them as a potential friend or a potential meal. There are, however, a few things you can do to turn the tides in your favor:

1: Be polite and unthreatening. Don't come to her with weapons, or at least don't come with weapons drawn. Don't bring along anything like tents or sleeping bags, either: nothing that implies that you're moving in on her territory. Be straightforward and express your interest in talking to her. Don't try to sneak up on her: she's an ambush predator, and if she sees you sneaking around in her territory, she'll probably sneak up on you, and you'll be down her throat before you get a chance to make your wishes known.

And finally, and possibly the most important of all:

Gifts in general are a good idea, but Lliria loves to read. Ever since a traveling scholar taught her how, Lliria has devoured every book she comes across, especially travelogues and histories. Though she doesn't want to leave her own territory unguarded, she is fascinated by the world outside of her little forest, and loves to learn about it. Perhaps more than anything else, if you come to Lliria with a gift of books, she's much more likely to let you go, since you possibly might bring more.

Of course, none of these are a sure bet: there's a possibility that Lliria might just gulp you down anyway and keep whatever stuff you brought, especially if she's particularly hungry that day. But these simple guidelines will greatly improve your chances!

In response to your second question, the idea of a tiny prey turning the tables on a large predator via hammerspace is an idea I like quite a bit, and that I have, in fact, drawn before.

Sorry for rambling a bit. I want to get back into answering more of these CuriousCat questions, and I have a few backed up. The problem I've had in the past is that I want to draw a picture for every single one, which isn't feasible, so I'm going to stick to sketches for some of them and just text-based answers for others (the text-based answers will only be on CuriousCat and Twitter.) But if you have any questions, feel free to ask!

Especially for Lliria. My original concept for her was actually intended for that specific purpose: to receive questions for her, answered in-character by the human scholar who taught her to read. So if you've got questions about Lliria, please ask!