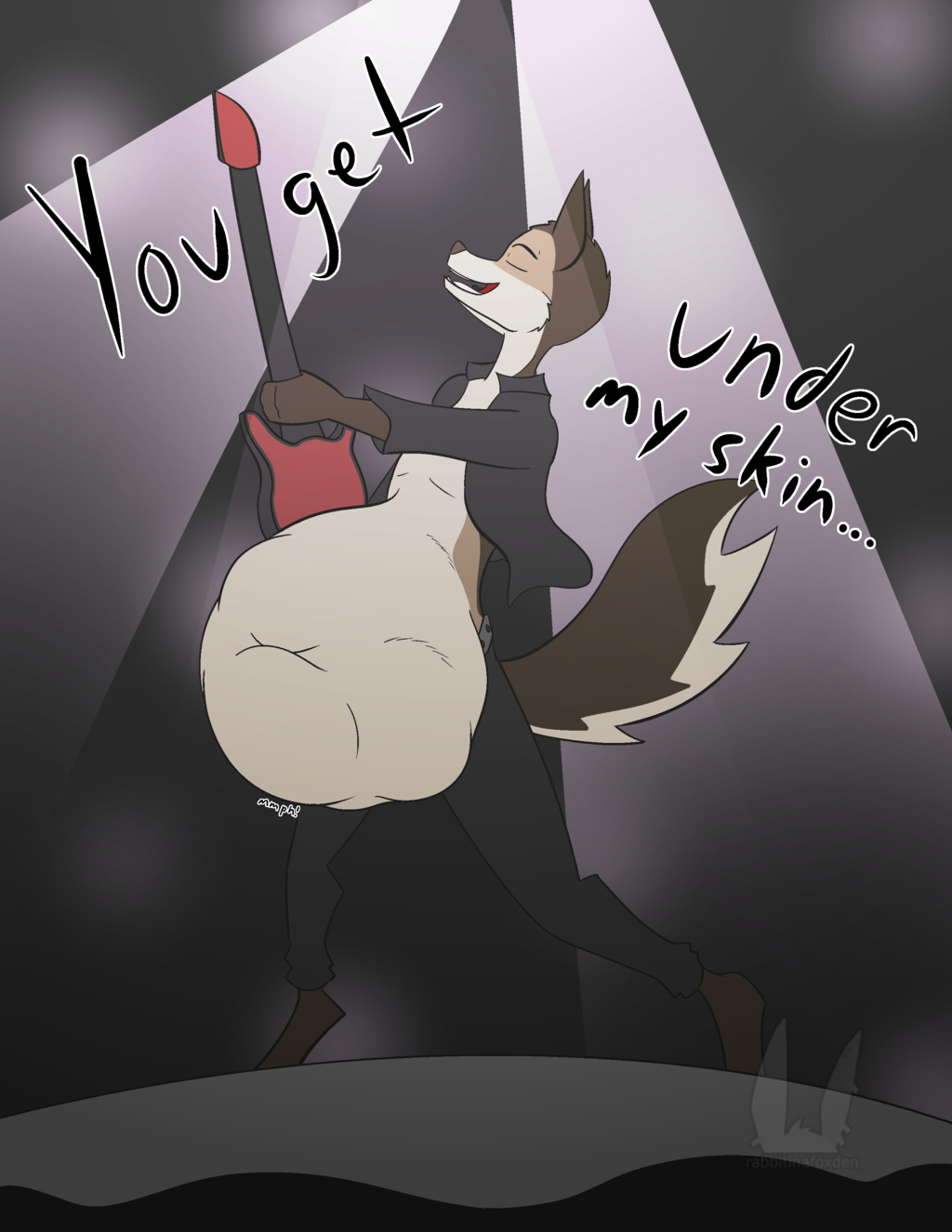 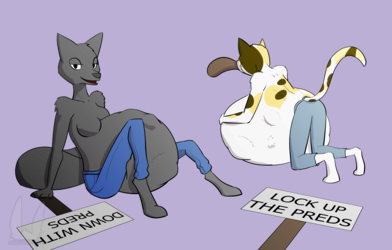 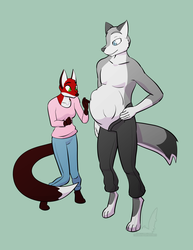 Anon asked: "Do prey musicians have to worry about crazed pred fans trying to eat them or is there an unspoken rule that musicians are off the menu?"

Not so much an unspoken rule as a practicality: successful musicians can afford to hire security to make sure they don't end up on the wrong side of some pred's fur. And even if that weren't the case, they'd be a high profile target, and it's possible that other crazy fans might come after you for eating them. Basically, they'd be the exact opposite of an ideal prey: constantly surrounded by others, capable of protecting themselves or purchasing protection, and immediately noticeable when they go missing. I imagine most musicians don't worry about it too much (though it's always a possibility! I could see some pred taking it as a challenge.)

This got me thinking, though, that pred musicians could totally be a thing. In my The Den setting, eating someone in public is technically not illegal, it's just considered uncouth (and potentially dangerous). I could easily see some star eating their fans in public, or even during a show, as a display of how edgy they are. If they were famous enough, they could probably get away with it!

Also, I hadn't intended to actually make a character out of this, but I'm already getting ideas for this guy.