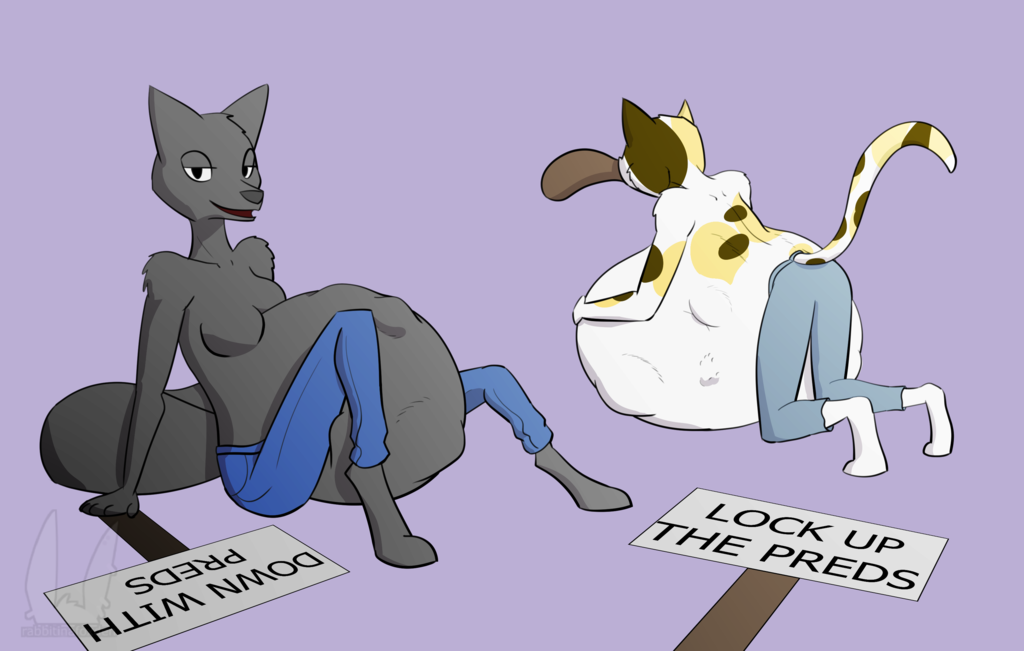 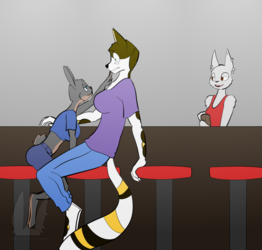 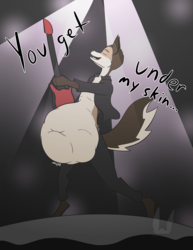 Rox: "The world is a big place, and there are lots of places that have different ideas on how these things should work. I don't know a lot of details about other parts of the world, but even where I live, you've got extremists on both sides of the fence: prey who think all preds should be exterminated or locked up, and preds who think that prey should be looked at as 'lesser beings' and be bred for consumption. (I, for the record, am highly against the latter idea -- it takes all the fun out of things!) So occasionally you see protestors and activists try to change things, but the majority of folk are happy to let things play out the natural way.

"Prey protests, by the way, are usually one of the safest places for prey to be. Most prey rely on strength of numbers to defend themselves from predators; it's the ones who let themselves get caught alone that get eaten.

"But you've got to be able to read the room! And every once in a while, you get, say, a small group of protestors who decide to set up outside a nightclub for predators. And no one is really surprised about what happens to them."