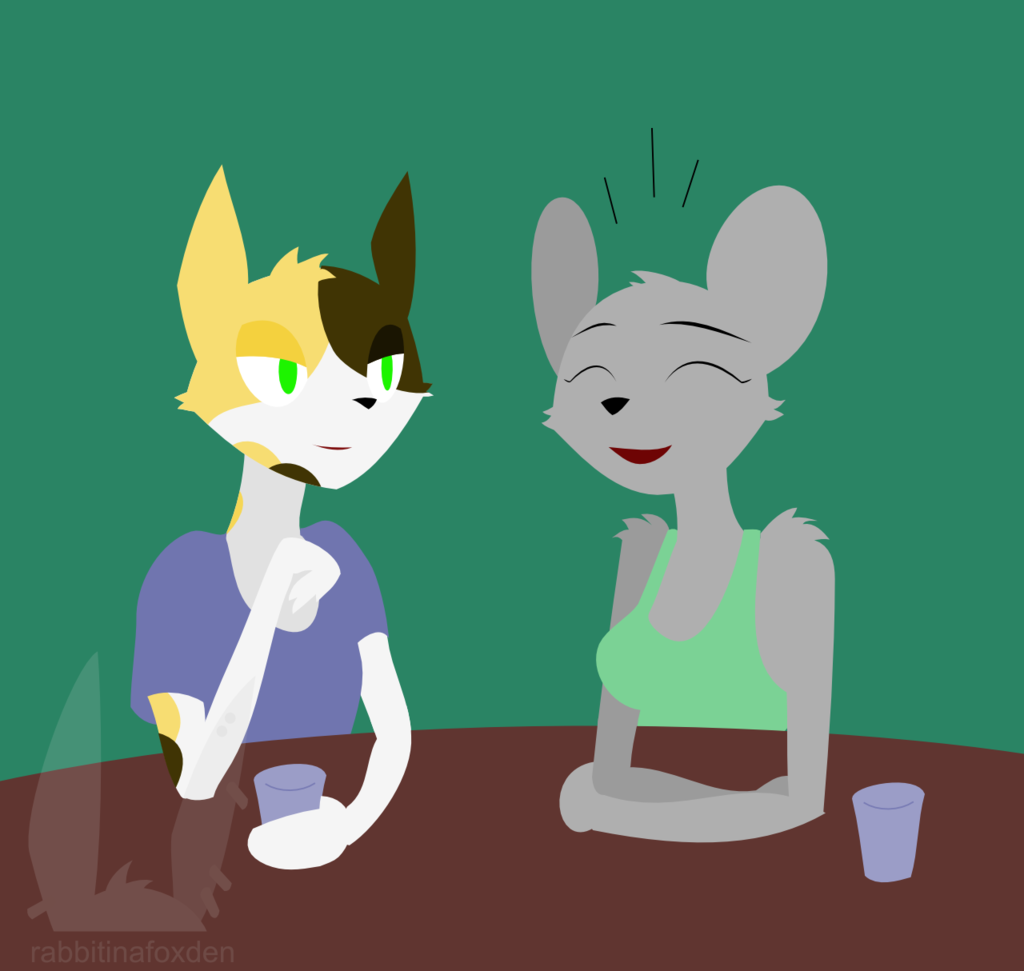 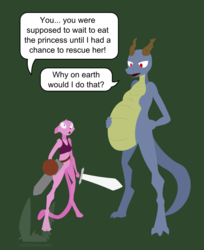 One of my first drawings of Lindsay!

This is Lindsay, one of Alex's best friends. (She’s the cat on the left.) She frequents the club where Alex work.

She’s actually pretty itty-bitty for a pred, but don’t let her size fool you: she’s turned what could be a weakness into a strength. She uses her casual, friendly demeanor and unintimidating appearance to get her prey to let their guard down. They look like they’re having fun, but by the end of the night, that Mouse is going to be on the wrong side of Lindsay’s fur, mark my words.

When she isn’t hunting, Lindsay is actually pretty shy. Not that she hides or even avoids company, but she tends to just clam up when talking to someone she’s not planning on eating. As a result, she sort of fades into the background of any social situation, and she doesn’t have too many friends.