PumpkinTater / 36 / Some Monstrosity of Science / So south it hurts.... 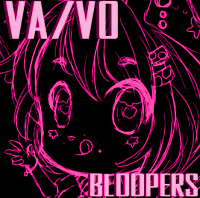 I need a lot of help to make it to AZ and help my mother out of a very dangerous situation.

A lot of you don’t know me, nor do I know you but I’m hoping that you wouldn’t mind taking the time to read this and understand why I’m trying to get to Arizona.

It started when my mother and her now ex boyfriend broke up and has escalated into domestic violence and money issues. My mother is a stubborn person (she’s where I got it from) and doesn’t like admitting she needs help, nor that she can’t do something on her own. However, the time for her to swallow her pride is now and I intend to be there for her through this.

Unfortunately her ex and her share an apartment and as many of you that have ever signed an apartment lease know, these kind of things get very messy very fast. She can’t get out of the lease without forking over 1k, so instead has to wait till the 31st of this month (It will be up by then) and I’m worried that in that time frame something horrible could happen to her. In this time frame he’s destroyed her furniture (by yes, pissing all over it), refused to pay his share of the bills and has been verbally assaulting her since they broke up.

For a while I wasn’t able to get a hold of my mother (nearly 2 weeks, when we talk on a near daily basis) and just today finally got to speak with her thanks to one of her co-workers at work. Her phone is nearly broken, and verbal assaults have escalated to physical ones. She’s tried talking to the apartment complex about all of this and they just tell her to call the cops and that there is nothing they can do about it. My mother also informed me that she found a pipe and tar like substance on this pipe along with other things. Now, I’ve been a abusive relationship with someone that did numerous different kind of drugs and I know something when someone describes it to me, and what my mother was describing was basically a crack pipe and meth withdrawals.

I keep telling her to call the cops, and to be honest even if she did I’m afraid by the time they got to the apartment it would be to late. They can’t remove him without evidence of abuse or substance (which since she saw that one night hasn’t found since) and he’s showing all the signs and symptoms from whats shes told me to be heavily tweaking. This man has chocked my mother out before, and now is taking to physically assaulting her again and if my mother can’t find the strength to stand up for herself then I will!

Again as someone that’s been through the abuse my mother is going through now I understand what her mind set is. She’s feeling trapped and that nobody wants to help her because there is not enough “proof” that all of this is happening. I’m asking for help in donations and pay what you want commissions to get to Arizona to get to my mother and help her break free of this. Some of you may be asking, “What could you possibly do that the police can’t?” Simple. I can BE there for my mother, sympathize with her, and tell her that there is someone in the world that knows whats going on and wants to help.

With your help I can get to AZ via Greyhound and stay in the apartment with her so she doesn’t feel alone while helping her move her things into storage so they will no longer be destroyed. I can also go with her to find apartments and help her with that process as my mother doesn’t understand it very well on her own. I want to be there for my mom in her time of need, and I’m asking, pleading even for help to do so. I know $500 dollars is a lot of money, and frankly if I can just get enough for a bus ticket to get there that’s enough for me. True it wont pay for my way back home, nor will it help with getting her into a new apartment but its better than nothing.

Again I’m asking for help in forms of pay what you want commissions and donations. Anything helps and is immensely appreciated.

Thank you for reading.

For commission inquiries: Please send me a note