“Come on Sharon, tell us of the nokken!” was cheering a group of young girls to one of their friends. Sharon rolled her eyes a bit and replied:
“Oh please, stop pestering me! It is almost a decade old story by now, everyone in the village knows it already! Just go ask anyone else, I have other businesses to attend!”
Sharon was a nice and kind girl, with long braided blonde hair and blue eyes; like a blossoming flower revealing its new petals on springtime, with time she had grown tall and beautiful until she reached adulthood and became one of the prettiest women in that small village.
What made her unique though was the aura of mystery and intrigue surrounding her past; she was in fact very popular in the village for encountering a mythical creature known as the ‘nokken’ back in her teenage years. Such creatures and other faerie kin were indeed rumored to inhabit the nearby river and forest and thus the villagers, afraid of any magical mischief, used to avoid those areas and even wear amulets that were said to ward them off. Parents would warn their children about them and Sharon’s story quickly became a common tale for the new generations.
“But Sharon, you know how it goes: every time a story is retold and spread from mouth to mouth, it changes little by little until it’s a completely different story! We want to hear the real one from you! Pretty PLEEEEASE…” replied the other girls in unison.
“Alright alright… you win! Just let me finish shopping for my grandpa… all alone in his house in the woods with a broken leg, someone must look after him now, you know?” eventually said Sharon to her younger friends.

Therefore, they later gathered in front of the village’s fountain; there her friends awaited with trepidation for Sharon to begin her story.
“So… it all happened back when I was… about 15 years old, yes… it was a very nice and sunny day and I had decided to go spend some time with my grandpa, who as you know lives just outside the village. Everything went well and I had a lot of fun but eventually came the time to return home; the path between grandpa’s place and the village has always been very clear and given that I already knew it well and how it’s also pretty short, both my grandpa and my parents always granted me permission to walk it alone…”
Her friends exchanged a few knowing grins, already anticipating the next part.
“However, that day was very hot and I quickly became thirsty along the way, so I decided to take a small detour towards the river before going home. As I reached the river bank though, I suddenly heard the sound of a violin playing…”
“A violin?!” Interrupted one of the girls, “Paul said it was a fiddle!”
“They’re the same thing, you silly!” laughed the other friends.
“So… yeah, I heard this violin, or fiddle, playing but there was no one in sight. It was a simple but catchy melody that filled the air and immediately spiked my curiosity; soon enough, I started walking towards its source, completely oblivious about my previous need for water. Without realizing it, I began wandering down the river way longer than I should have… to me it felt like I had only walked for about a minute. It was weird… The closer I got to its source, the more beautiful the music became… and for some reason my mind immediately focused solely on that melody since as long as it continued playing, it felt very natural to follow the sound and… just stop caring of anything else. Maybe the music was already putting a spell on me or I was being charmed in some way without knowing… I really can’t say for sure.”

Sharon’s friends dropped their jaws in amazement; it was rare to hear witnesses about any ‘real’ magic since only a few people in the world were truly knowledgeable on the subject and even fewer could successfully practice it. Consequently, magic and mere superstition used to be one and the same for the ignorant masses, making it impossible to tell fake stories from actual ones.
“Anyway, after all that walking, I came to a point where the river curved and the water pooled a bit on the outer bank; it was there that I saw him, sitting on a rock.”
“HIM?! You mean it was a ‘guy’?! The nokken? What did he look like?” her friends asked quite excitedly.
“Well, it definitely looked male to me; in fact, given his humanoid appearance, at first I assumed he was just a random guy fiddling by the river. But then, as I got closer I realized he was no human at all! What I had thought were white clothes was instead his pearly skin, glistening bare under the sunlight… and looking better I saw many strange animal features… He had an equine head and hooves as well as gills, webbed hands, a long fin running down his head and back and a fish tail, proof of a nokken’s notorious water-dwelling nature.
As you can guess, this was a bit too much to take in all at once and I just froze in place speechless, about six meters away from his back. Meanwhile, the nokken just kept playing the violin, seemingly unaware of my presence; again, I can’t remember exactly how long I stayed there watching his performance as I was both upset and mesmerized by him. But then…”
Sharon paused for a sigh; her friends exchanged some puzzled looks before facing her again with worried faces.
“…then the music stopped abruptly and he turned his head to fiercely stare into my eyes, perfectly aware of me having been right behind him all along!”
The girls gasped in stupor and shock at that.
“I’ll never forget the look on his cold, ice-blue eyes, giving me chills up to the bones… I suddenly knew I was in great danger, immediately remembering all the various fairytales about aquatic spirits alluring ladies near the waters only to kidnap or drown them. But like in the worst nightmares, my body was paralyzed in fear and couldn’t run away; only when the nokken came down from the rock to approach me I found the strength to do so. And yet I wasn’t able to escape him, for the very second I turned my back on him he grabbed one of my braids from behind, lifting me off the ground as he pulled hard despite how much I cried and struggled to break free!”
“Oh my! How did you manage to get away?!”
“Luckily, among other things, that day I had practiced some needlework back at my grandpa’s place, so I still had with me a pair of scissors; quickly reaching into my pocket, I grabbed and used them to cut my own braid and free myself. I remember running away at full speed afterwards, not daring to look back or even catch my breath until I was safe at home. My legs were sore with cramps for the following three days as a consequence but at least I had made it; to this day I still can’t imagine what would have become of me otherwise… And to think it was only thanks to a pair of mere scissors that I escaped my fate…”

As Sharon concluded her story, she suddenly felt the urge to cry; she restrained herself from doing so right in front of her friends but her eyes became wet nonetheless.
“Oh Sharon, we are so sorry! It must have been terrible! If only we had known that this brings you back such bad memories, we surely wouldn’t have asked!”
Her friends immediately sympathized with her feelings and hugged her, hoping to brighten her mood.
“No, it’s ok… I just…” tried to say Sharon to stop them, “Oh well… can’t say no to a hug… thanks”
“You’re welcome, anytime…” they replied.

After a while, Sharon had to say goodbye to her friends and head towards her grandpa’s lone wooden cottage she had mentioned earlier. Travelling through the very same path of her story however, she couldn’t help but think again of those events and feel uneasy. Walking slowly, she kept looking for the exact spot where she had taken the detour to the river; once there, she stopped a moment and gazed at the thick foliage that like a barrier hid the path to the river.
All these years following that event, unbeknownst to the other villagers, Sharon stopped right there every time she got a chance to walk past that very point, her heart seeking a special someone… hoping to meet him again. But he never came, and so she always ended up resuming her journey with watery eyes.
That day though, Sharon sobbed and cried more than ever; how long could she resist living without him? And how long could she keep lying to the people she knew, especially those she loved, and letting the lie spread. Despite what legends said, the nokken had in truth been a dear friend to her, one that started having a special place in her heart, one that was unfortunately forced to stay away from the humans, while she was forbidden from retelling those events or coming back to the river. She got to know him for very little time, yet he brought so much happiness in her life… and then it all turned into a burden, knowing she would never share those moments with him for the rest of her life. 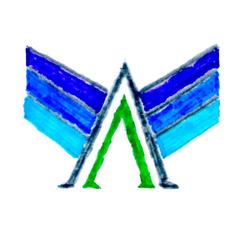 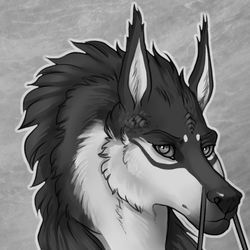 I still have to finish this story, but here is a teaser of "The Nokken's Fiddle" anyway XD
I plan to finish it, sooner or later... Also remember, while this extract is rated 'General' the story is later going to be NSFW in nature, so you have been warned!