...And a Brighter Tomorrow [4] by Portmanpreau 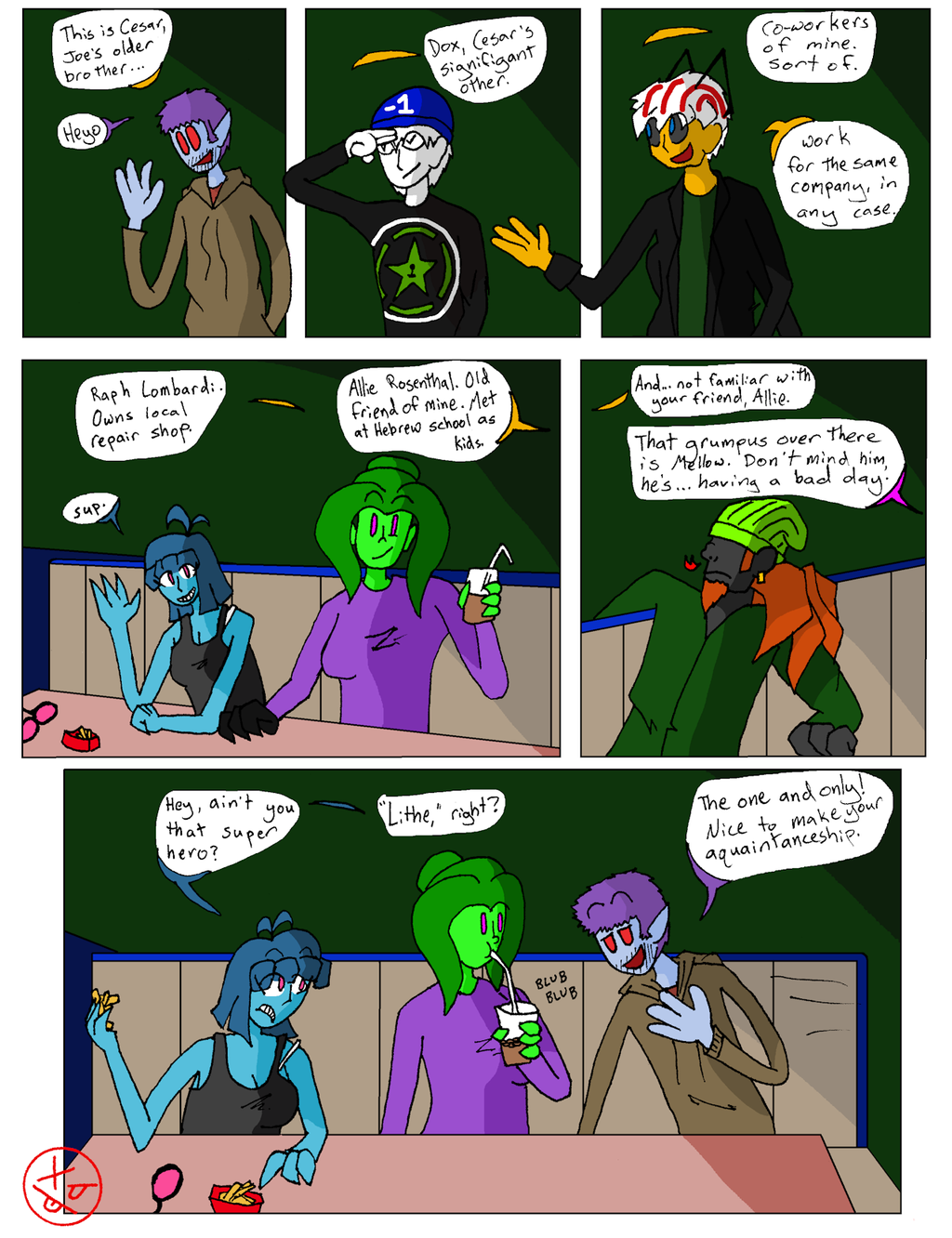 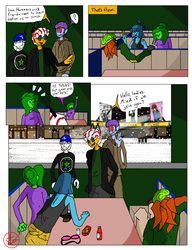 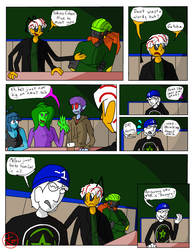 Tobias has more than enough money to buy a house, but doesn't want to go through the hassle of being a homeowner. Instead, he, Raph, Joe and Router (the former being older than this lot, the latter being younger) rent a pretty decent place, while Allie...well, Allie is, for all intents and purposes, a squatter. She stays in the house, but doesn't have a room or pay rent; she considers herself unemployable, and brings home about $20 a day by busking on street corners. That's how the three know each other.

Mellow, a member of the Radical Gadgets, is only familiar with Allie because the two hooked up at a party once and had some really awesome sex. Unlike most people Allie has gotten frisky with, she and Mellow meet up every once in a while to have a go - or something less innocuous, like hanging out at a diner.

The Impossibles are public figures. Cesar, who is also considered the face of the group, makes no secret of his identity, which is why Raph recognizes him. Dox, on the other hand, is very secretive and wears a heavy cloak and scarf whenever it's on the clock, allowing it a modicum of privacy when going out in public.