The strong Fairy by Pikuna 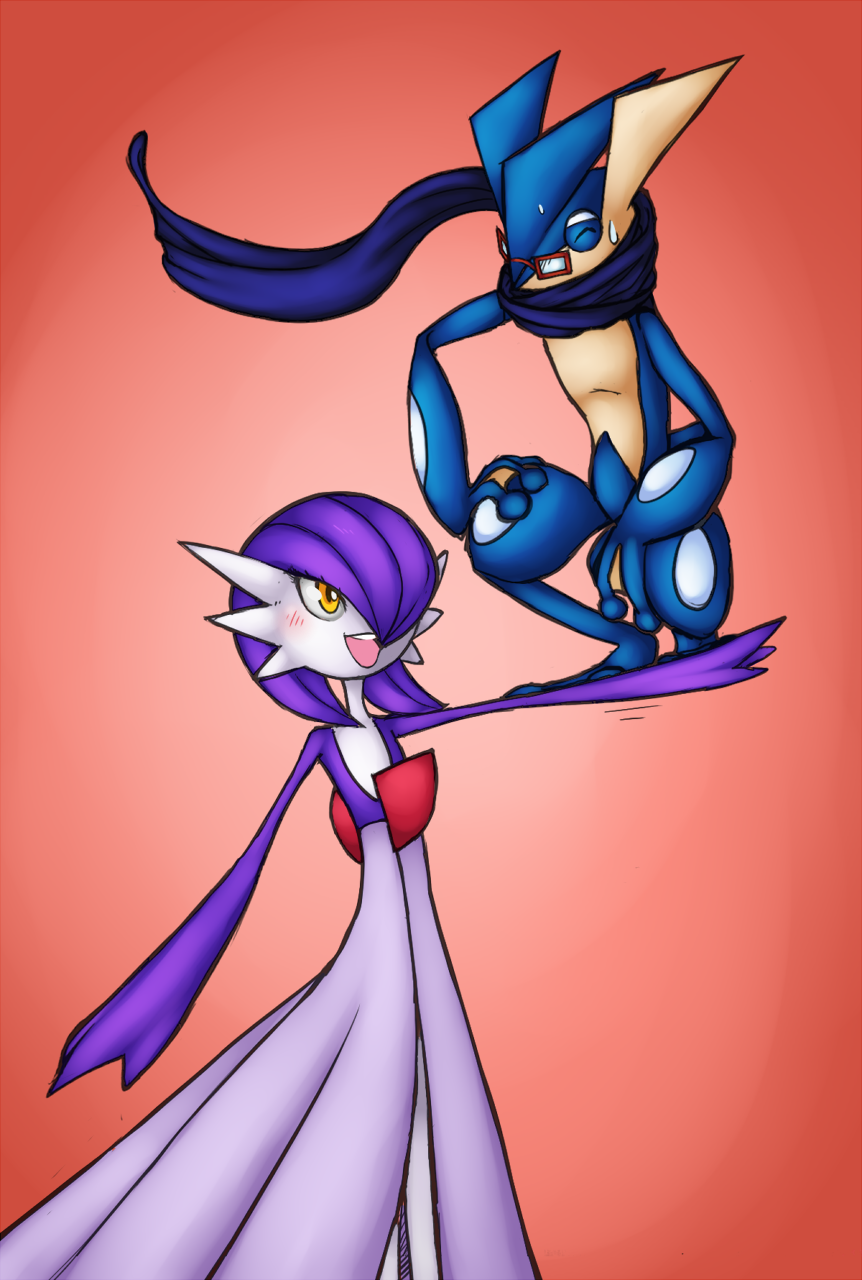 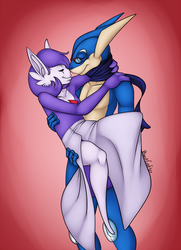 Remmeber this picture?
Back then, Incy hadn't made up his mind for Jana's character, so I went with a more typical couple motiv. xD

But now Jana has her character.
She is a quite differen Gardevoir, because she prefers to battle physicaly, then using her psycho-abilities and often tends to cudgle with other (bigger and stronger) Pokemon.
One of her favorite things to do is making a headbutt-fight with Rampardos.
Jana can be very bold, but also shows her sweet site sometimes, mostly to her mate/boyfriend Matsuda.

In this picture Jana wants to show Matsuda how strong she is by holding is weight on one arm.
She always tries to impress him mostly with her strenght and fighting skills, but sometimes also with cute princess attitudes, she likes to do.
Matsuda was happy to finally found his real princess and even he felt a bit weird at first, he get used to her ruffian character and realized how precious Jana is to him, being such an unique princess.
After all she was the one, who cheered him up, when he was down and she enver makes fun of his love for fairytails and singing.

Ah, it was so nice to color this sketch. x3
Changed again some brush settings and it should work now. 8D
Still trying to find the right colors for Jana, but this should be okay now. x3