The brave little tailor by pandapaco 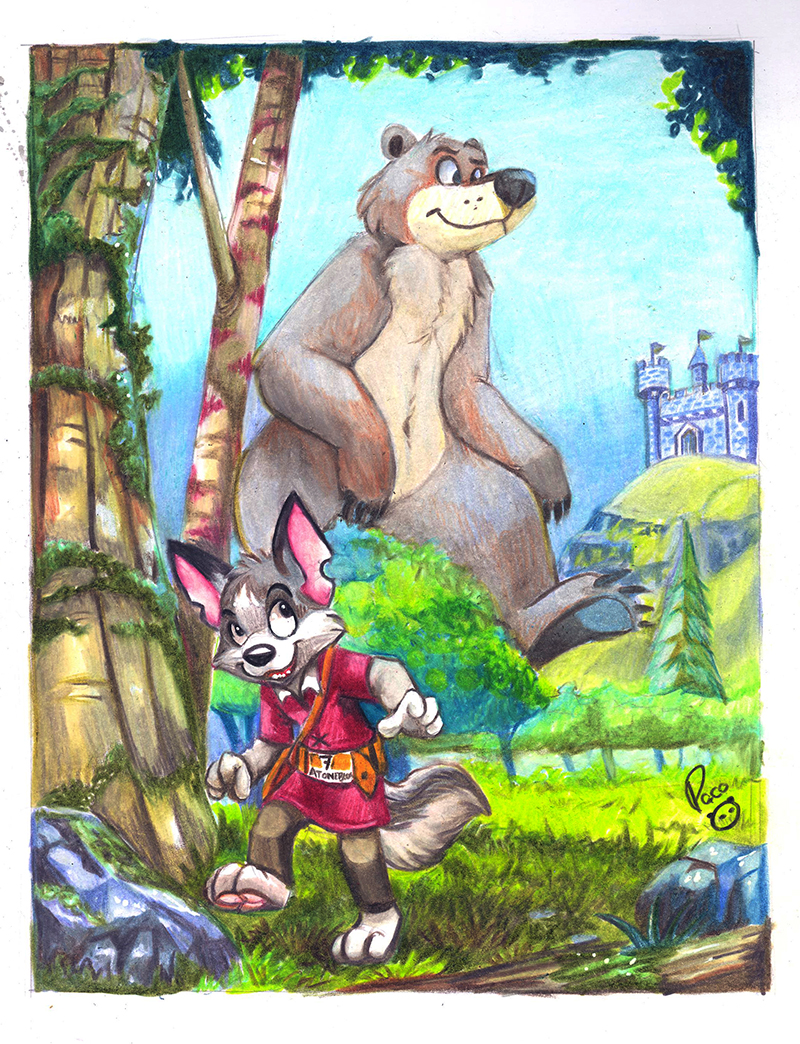 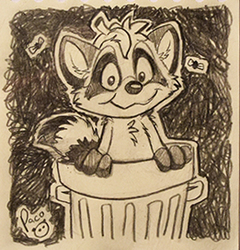 I don't know if you remember the Grimm's tale: The brave little tailor, or Seven at one blow. Where a little tailor sewed for himself a belt where it could be read "7 at one blow", after have killed 7 little flies at one hit. The tailor met a giant who assumed that "Seven at One Blow" refers to seven men. So he took advantage of this and he played he was a really brave man, accepting challenges from the giant.
The sad part is that at the end, the little tailor kills two giants to prove his bravery to the king, but in my opinion the giant never did something wrong or bad, just existing as a giant being, which makes me consider the tailor as the bad guy and the giant the martyr.

This was not only printed on the conbook of this year, it was also exhibited at the MFF's art show, and it was purchased, thanks for the person who bought it and now has this original piece on his house :D

During the art show's set up, the guy from the staff pointed me that I couldn't put for sale this piece because they didn't permit fanarts, but...this is not a real fanart, I argued, this is from a classic story which is of public domain. Oh no, but he was refearing to the bear, he thought I drew Baloo as the giant bear X__X damn! it was unintenional, of course I didn't think on Baloo while I was drawing this piece X_X