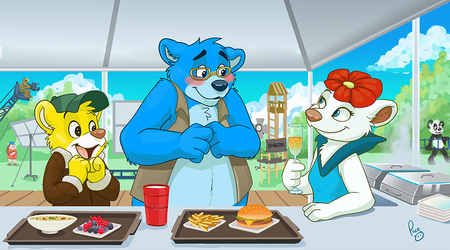 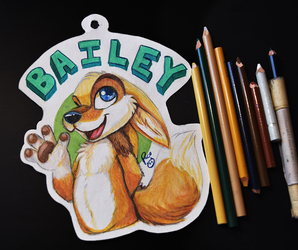 This was a very complex (but absolute enjoyable to do) commission for Tamino, even if he didn't want to be mentioned, I think he deserves a lot of credits for this awesome idea.

Each sticker has a special meaning, but together reflecting the good parts of the furry community... the loving and gentle and accepting parts... and hoping that people will start using them and sharing them. Sort of using stickers as a tool for cultural engineering.

You can see there some known characters, also most of them are "generic" characters.
I didn't want to add "the stickers about all my friends", I have tons of friends who I love to draw, but that was not the propose of this pack.

Each one has a meaning, as I said before, but I'd love every single person put on each one the meaning that you think is the most accurate for you.

I have a lot of faith on this fandom, we are by far different that many other communities, even when many say "furries are so dramatic" "this fandom is full of drama", I disagree completely with that thought, because that's exactly what every single community says about itself, I've been in other groups, including the music industry, the mexican animation industry, some particular fan clubs, oh man, furries have no idea what is drama, instead that, in this fandom what I've seen is respect, admiration, admiration for other members, even if they are not artists, affection, and above all TOLERANCE, this is a group where anyone can be belonged, any race, preference, gender, culture, profession... I've known a big diversity of people all around the world thanks the furry fandom, and learend a lot of different cultures, but what connects us it our affinity for animal characters, which is an universal taste.

So yep, I love you guys n__n I hope you like this pack. And thanks again to Tamino for this great idea and to support this project.

If you want to install this pack: