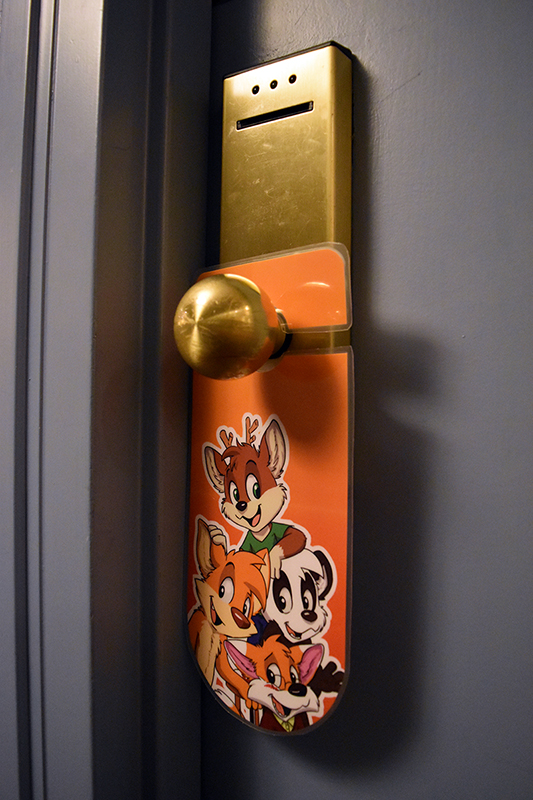 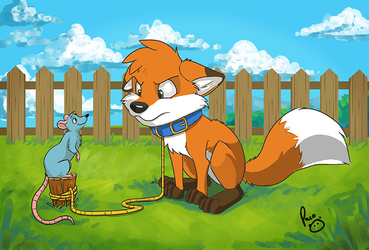 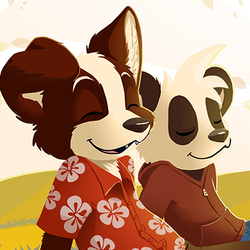 Many adventures I lived in this convention, to simplify it in a nutshell: the best convention I've gone so far. Sharing the best moments with good friends, whom most of them I met for the first time, and now have become quite special to me.

The story of this image that I'm showing.

It was Yaps who had the idea to make an image to the bedroom door, and he offered to do it, but for lack of time he no longer could, so then I offered that I could do it, I thought it would be a good idea to be a door hanger, more than a simple drawing.
It caused a lot of excitement when I showed them the result that first night on the room, they took lots of pictures, lots of hugs, a lot of happiness.
But what happened on Saturday?
Coming back from the fursuit festival, the image had vanished completely, someone had stolen it ( we discard the possibility that housekeeping would have taken, we asked, and even asked in lost and found, but nobody found anything). Some scoundrel decided to keep it for itself, and not say anything. At first we thought it was a joke, but never reappeared back. I want to say that, whoever you've been, you despise.

At least still the beautiful memories in photographs. Another good fact is this drawing was digital, I can print it again and I hope at some point I could give these guys a copy to each.

A happy ending.
Neighbors around our room, knowing that someone had done away with our pic of the door, they put pictures of us on the door as to repair the damage and make us feel better. Thank you very much!!