Sophia Full Body Reference and 10 Facts About Her by oneitvan 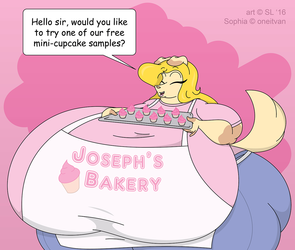 Sophia Full Body Reference and 10 Facts About Her

I would like to give a huge thank to SatsumaLord for making this by commission. I've been meaning to do this with him for a while now and the rest of the cast will have the same treatment in the future. Even though Sophia has her own bio, I thought it would be great to put in facts about her. The rest of the cast will mostly likely to have their own bio within their Body Reference along with the ten facts. Please if you like SatsumaLord's art style, follow and maybe even better support him on these sites down below.