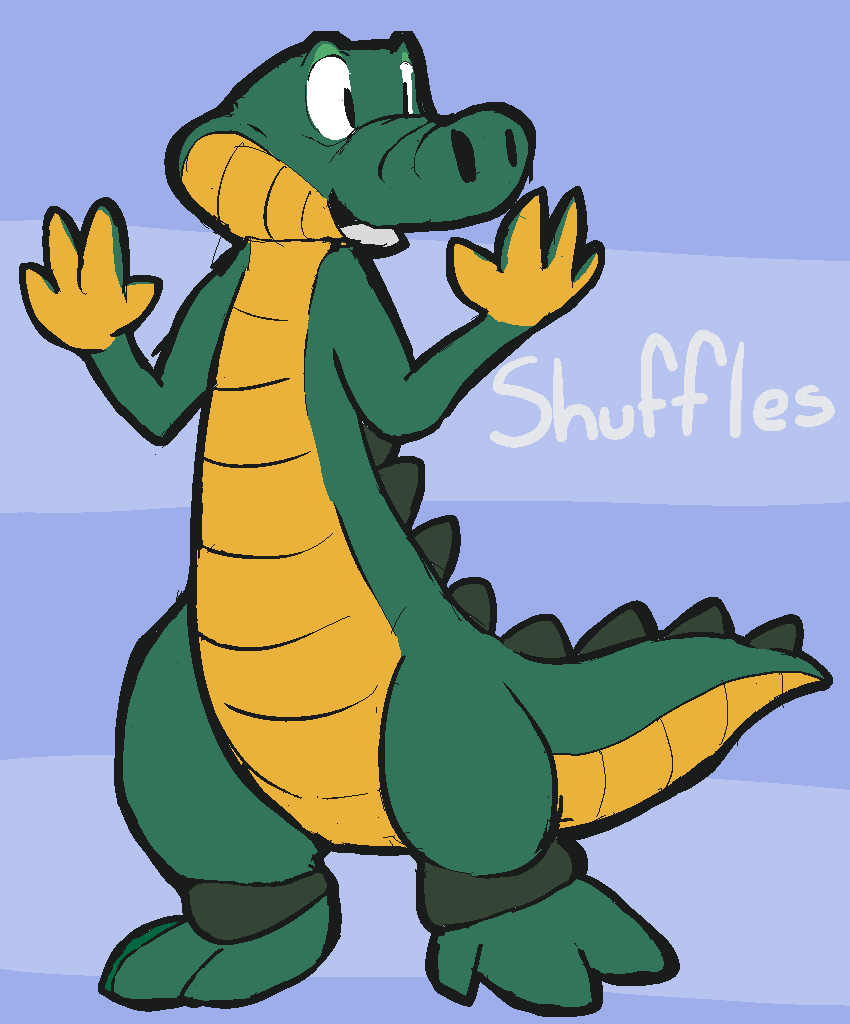 What's your real name?
Chris. I'm usually only called that at work or by relatives, everyone else just knows me as Odendo.

Names you go by?
See above!

How old?
Too old. Let's just leave it at that.

How old do you feel/act?
I've been mistaken for early twenties a lot, and I act not too far from that.

How tall are you?
Six foot two.

What's your orientation?
I LOVE EVERYTHING

Are you single, taken or undecided?
Single. Probably not open for a bit, the single life's pretty good!

What do you do in your spare time?
I try my best to not completely live on the internet by drawing, along with nerdier pursuits such as boardgames, videogames, and sleeping. I really should do more in my spare time.

What's your job?
Right now, nuffin :T I draw for money when food is needed!

What do you like about yourself?
I'll try to be as humble as possible and say that I'm a pretty rad guy all-around. I'm really hot, too.

What do you dislike about yourself?
I can be kinda unmotivated at times (It took me all week to type that)

What did your friends notice about you when they first met you?
I'M A BLACK GUY???!?!?! A lot of people say I'm really nice too. They're a bunch of big dumbheads (nah actually they're cool)

What is your belief/religion?
There's too much to do in life to worry myself with what happens when you die. I'll think about it when I eventually turn into a skeleton.

Do you drink?
Mostly any kind of beer that doesn't taste like water, but IPAs and hefeweizen are my go-tos. Still expanding my palate on non-beer liquor, though spiced rum and screwdrivers are good.

Do you smoke?
Not often.

What are your major fears?
Not sure if I'm ready for whatever comes after living.

Do you have any dreams or goals?
To create something! Like more than just some drawings, something more substantial, a creation that's been experienced and enjoyed by many.

Have you ever had a crush or an ex?
I've gone through many relationships! I think I might have exhausted that want for now, and going to settle by myself.

Who's your best buddy?
You! Unless you're creepy :T

What's your favorite drink?
See seven questions above. Otherwise, orange juice is what I usually have.

What's your favorite color?
I'm a liker of blue.

If you had a super power, what would it be?
-FLYING OWNS-

What's your favorite movie?
I don't have one!

What's your least favorite food?
Not really a huge fan of coconut. In curry it's good, though!

What's the last meal you want before you die?
See the steak above, but make it bigger. Or anything notably excessive or extravagant- I'm not spending this money anywhere else, after all!

What do you drive and what would you really like to drive?
A hand-me-down 1996 Eighty Eight. And anything really- A car is mostly a transportation device for me, as long as it runs well I'm satisfied.

What's your most disliked bug?
As long as it's not a nuisance, I'm alright with most of them.

What pet peeves do you dislike the most?
People that forgot that it's not 1998 and think 'ironic' furries are relevant. Oh, and the thought that any sort of standards are elitism.

What do you dislike in life?
That a good portion of what I want to experience in it is out of reach for the average person.

What do you like about life?
Having good people around is the best thing about it!