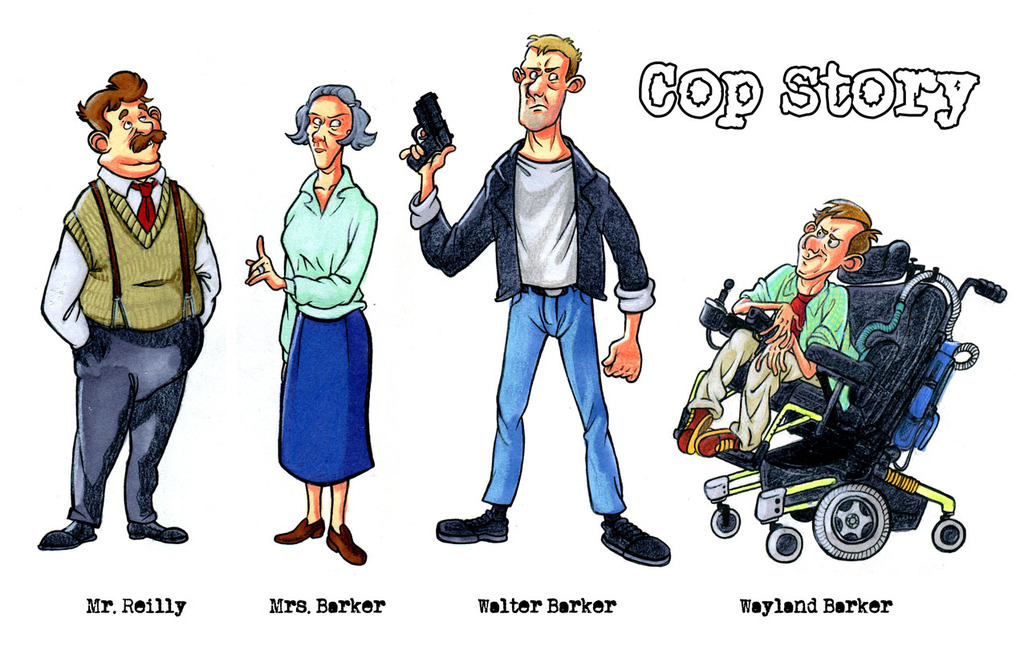 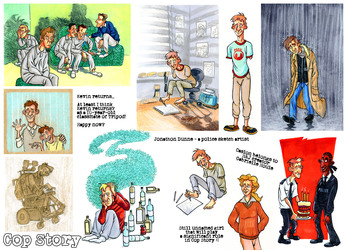 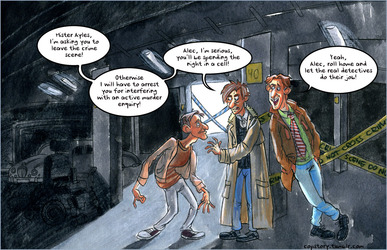 Does anyone remember the Reilly case mentioned here? Did anyone wonder who this Reilly is? Well, time for some sneak peeks before we reach it in the comic.

Mister Reilly (full name unknown) is the most ruthless underground shark of- Wait, this comparison doesn't make any sense, what would a shark do underground? Anyway, mister Reilly is about as big in the criminal world of London as you can get without being caught. He is involved in almost everything shady and yet he manages to stay away from it enough to never get caught or even compromised. Everyone knows that he's a criminal... and nobody has any proof.

Caroline Barker is his right hand man - or rather right hand woman, staying in the shadow of the great criminal mastermind. She is his trusted companion (in a purely non-sexual way since Mrs. Barker is still grieving about her husband, one of mister Reilly's men who was shot in a cop shoot-out many years ago). She controls everything that mister Reilly doesn't control himself and she is in charge or information collection.

Caroline's eldest son Walter Barker continues the family tradition and works for mister Reilly. He has already been in prison once for robbing a bank and he continues doing various dirty and dangerous jobs for Reilly now that he is out, living up to his father's name.

And his younger brother Wayland Barker is the underdog. Wayland was always neglected since he was a second child in a criminal family going through hard times when his father was shot by cops. So nobody noticed that he had muscular dystrophy until one day he could not get up from bed. That would have been the end of Wayland's bright future in the criminal world but Mrs. Barker eventually decided to use him for robberies - he lures people in asking for help and robs them at gunpoint (I'll tell you guys a secret - the gun is not loaded since nobody would trust Wayland with a loaded gun).

Nutter could have got them... but then one day he killed a suspect. So it's up to Chauncey to cross their path. And... we'll see the rest later, okay?