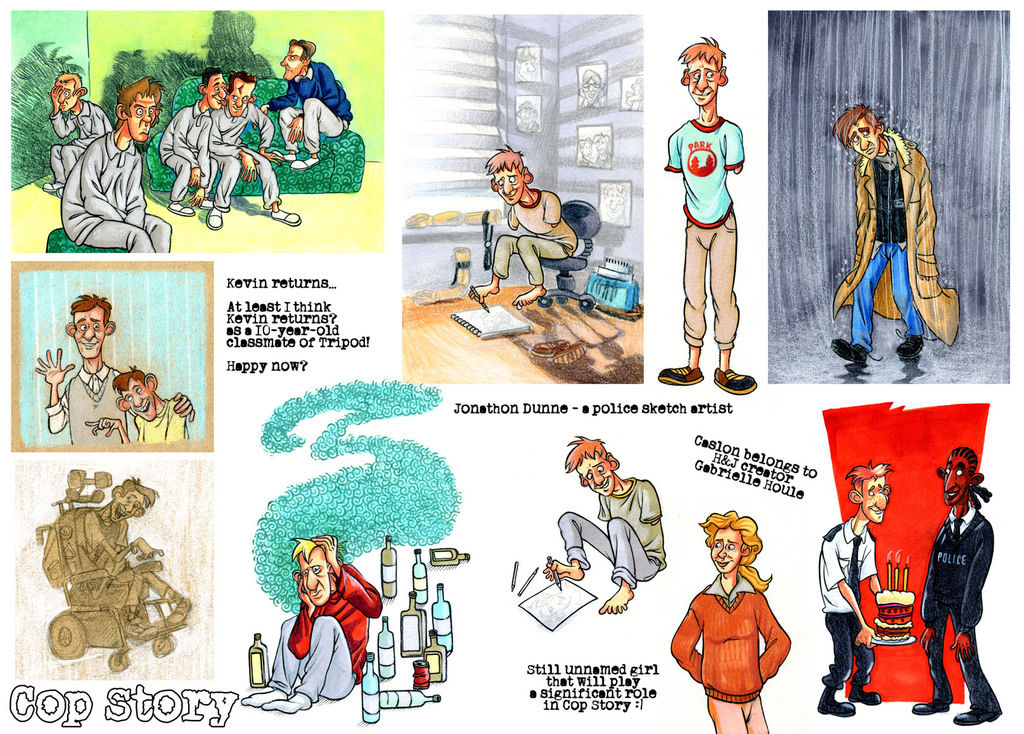 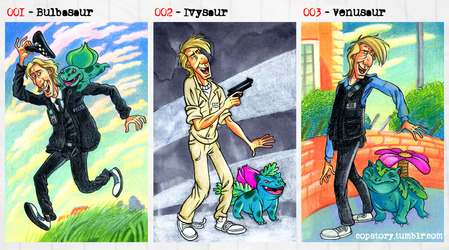 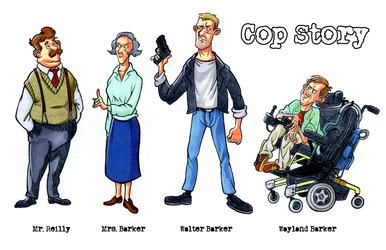 Cop Story is full of people that would “normally” get no place in most action/adventure comics. Meet Jonathon Dunne, a police sketch artist. You won’t see him running around with a gun but his art is what helps catching criminals too.

Jon as a character was inspired by a story the best art teacher that I was privileged to know once told me about an artist with no arms. I guess the point of the story was to never give up, or it was just a random bit of information he fed into my stupid head but thing is, it stuck. And several years later it became Jon - and a tribute to my illustration teacher. We lost contact over the years but he still remains a huge presence in my life with the work principles he taught me.

Oh, and Kevin as a kid. There's also his father Harris ( thinking of tweaking his design a bit though).

Then there's still unnamed girl (I'll let you know when I decide on her name), the crazies all together, Butts congratulating a fellow officer (who belongs to Gabi), Nutter in a bad dark place, Chance in an equally dark and bad place and... that's it for today.