A Chance Meeting by Nomax 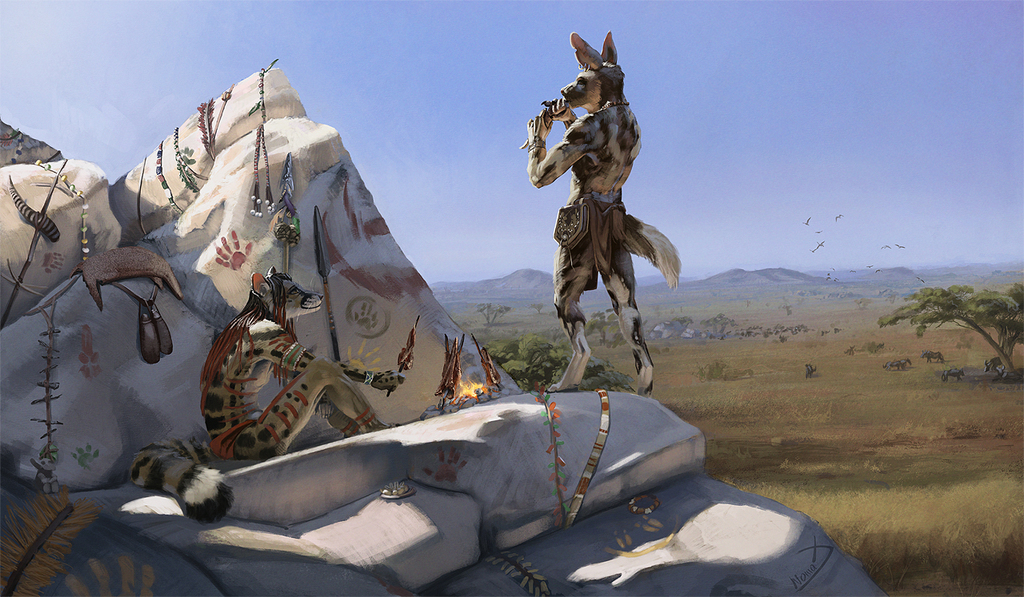 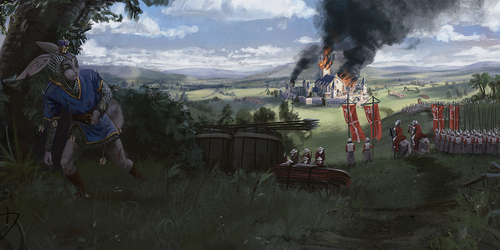 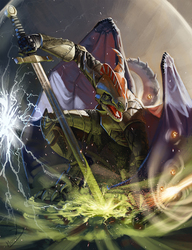 A commission for Stripetail and Utunu both from FA !
And because i'm a lazy bum here is the story stolen from Utunu (just as i will steal the title and keywords! yarrr, me enjoy the pirates life!)

The kopje was an isolated one, a small island in the midst of the surrounding savanna, the rippling of the long grasses like waves upon its beach. The eye was drawn to it, for it was the lone outcropping for miles around. It was this, along with its proximity to a nearby stream and plenty of prey, that made it a favorite stopping place for travelers. Many had clearly done so; over the seasons wayfarers of many different tribes had left their marks (some amusingly so!), and some had even gone as far as to decorate it, their gifts symbols of the kopje's status as a refuge, a haven, a safe place where one might take a break on one's journey.
Two individuals from disparate tribes happened upon each other there, and after many mirthful attempts at conversation in their different tongues, resorted to the much older language of music, food, and the pleasure of company by a fire.