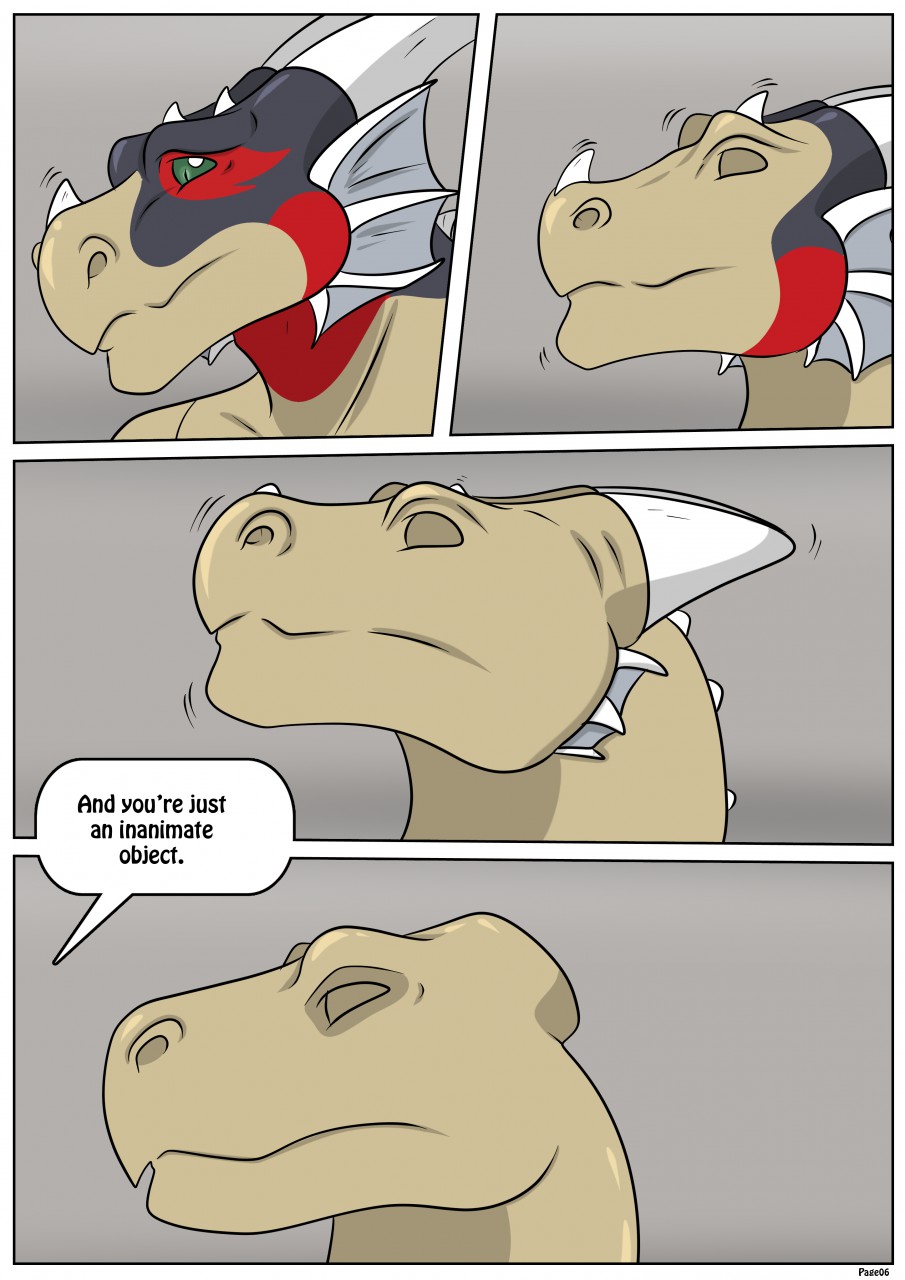 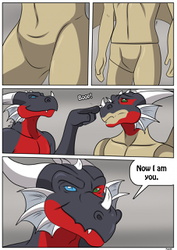 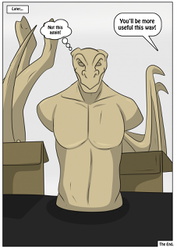 The coating now begun creeping up from his sealed jaws, moving over his snout. It also moved up over his neck, locking that into place. The coating crept over his face like a mask, causing his horns & ear fins to recede. The only movement he could make by this point was moving his head up & down. Arysdron struggled with the last bit of movement he could do…until he could do it no longer.

“And you’re just an inanimate object.” His duplicate finished.

Arysdron could still feel his body. He could still hear & see. But he was unable to move anything.

His view abruptly shifted as his duplicate hoisted him over his shoulder. Now in the form of a dragon mannequin, he was completely helpless. He was apparently now very light too, as the duplicate strode along with ease.

What was the duplicate? A Mimic? Didn’t those creatures usually take the form of treasure chests? Had this one turned his own shapeshifting magic against him?