nessyo / 32 / Genderqueer: Pangender / over the rainbow

My name is ness, or nessbeast, or diogenessbeast. As the wonderful you-type-it box says, I'm GQ and a few other strange identities, which often influences my work.

I'm a painting BFA/art history BS double major. I take that pretty seriously, which means two things: 1) I really don't have a lot of spare time, and 2) I have two bodies of work kind of. I have the "official" stuff i do for shows and I lob at galleries, and then I've got this stuff which is more fan-related and light-stress-relief, but they do overlap. So you might see some of that stuff here!

I work digitally and traditionally. I'm a huge fan of Manga Studio 5. I also watercolor, oil-paint, paint with inks, and experiment with strange media. I'm as big into the the drawing as the painting. In my spare time, I also write (mostly text-based roleplay, which is what my characters will be from) and sometimes code things (CSS/HTML though, nothing too fancy.)

Re characters: My references are all quad, but this is mostly because I find displaying markings to be much easier on a quad then an anthro. All characters can be drawn anthro or quad or human. Even species can and sometimes frequently does change (most times, species has a lot to do with what I'm RPing at the time.) Hairstyles and clothing styles are not things that i'm too specific about. :D

I'll mostly be putting finished works here. For more of my hobby stuff, that will go on deviantart (Though stuff i do there that's "Finished" will wind up here too.) 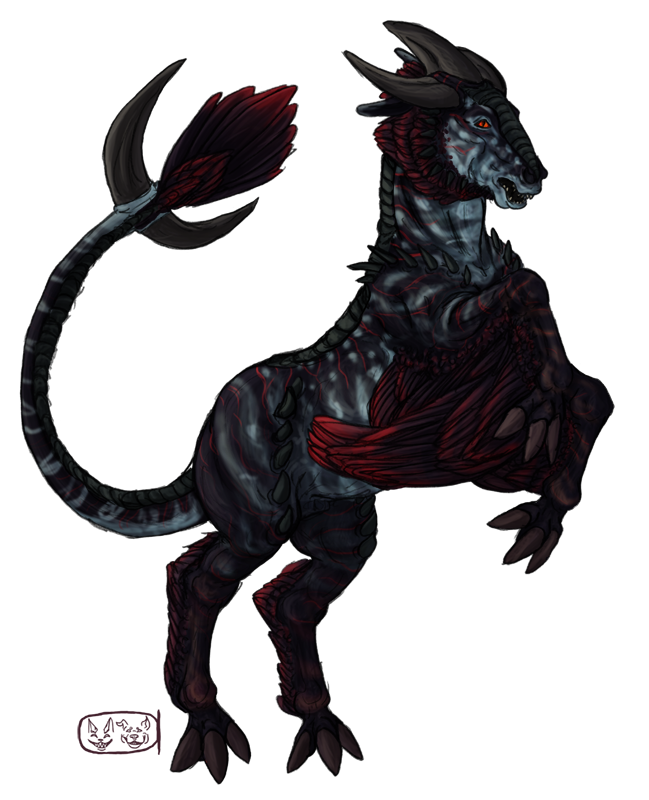 Design work: For myself