Work out your own salvation. Do not depend on others. -Buddha

I like to think of myself as an author... though i haven't written anything substantial for quite some time. I also enjoy digitally coloring stuff.

I'm always willing to do a trade (or a colab if its color stuff) and requests, though if its written you'll have to bear with me cause it sometimes takes me a while if i dont have a good idea right off the bat.

Always willing to chat, so message me if you want. I don't bite unless you ask me to :P 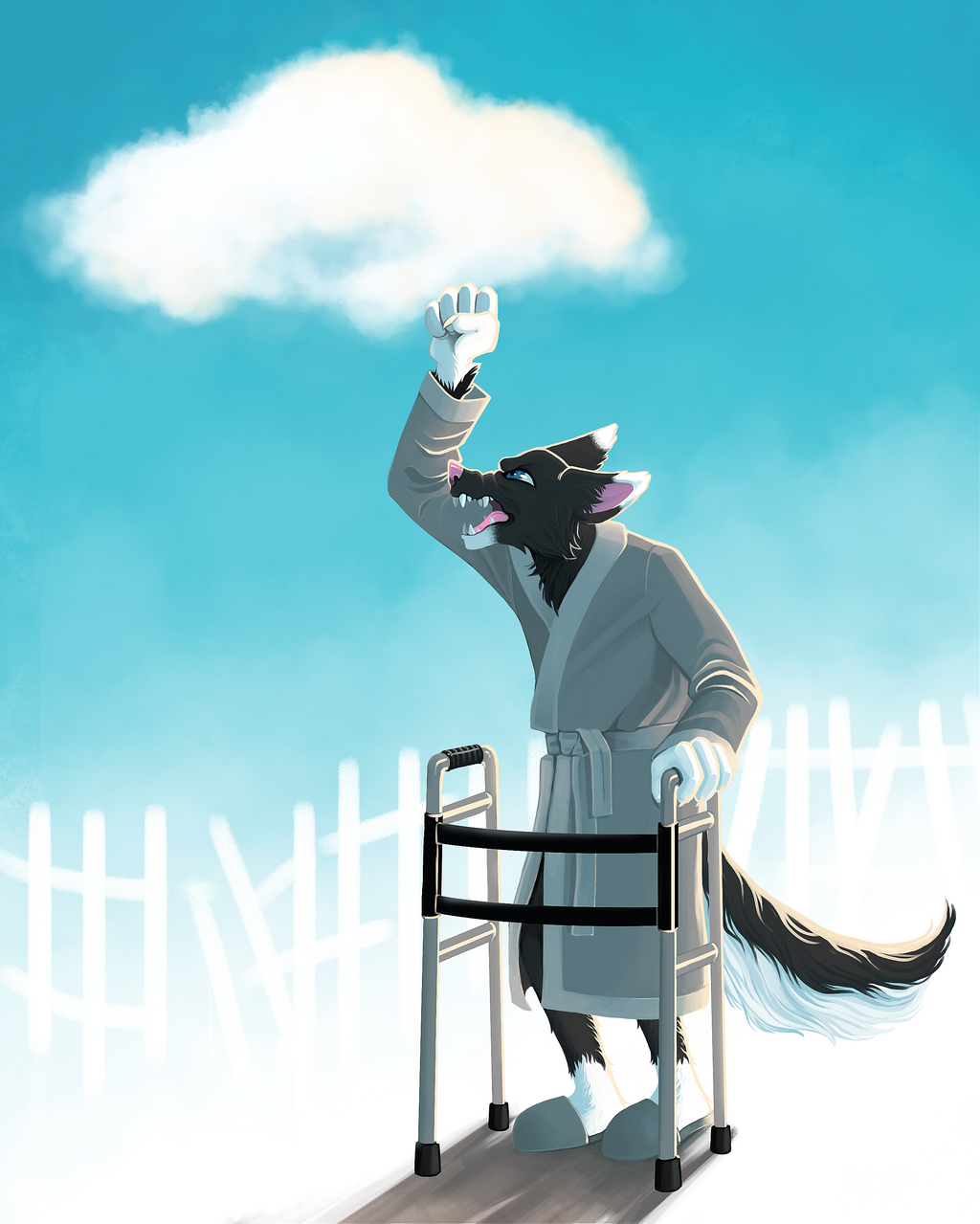 Name: Gossim
Species: Black Burrows Kobold
Gender: Female
Bust Size: Flat, she's a lizard after all
Height: 2 foot 5 inches
Class: Rogue, Thief
Level: 15
Age: 33
Clothing: While at home or working in her father's shop, Gossim's de-facto uniform was nothing more than a pair of loose fitting tan breeches with no shirt. While out theiving, Gossim wore a custom tailored set of black rogue's armor that blended with her scales almost perfectly.

At a young age, Gossim became separated from her clutch-mates as her family fled the purging of the under-hives lead by the city guard. While young, Gossim was quick witted enough to find a little out of the way hidey hole to hold up in until the coast was clear. Once darkness had fallen, Gossim left her hide out. Not knowing what else to do, the young kobold returned to her former home in the hopes that her family would loose the city guard and return as well, to look for their lost daughter. Several days passed, and there was still no sign of Gossim's family. With her food supplies beginning to run out, the little black kobold decided to strike out on her own. The four months that followed were filled with fear and hunger. Her quick hands allowed her to steal just enough food to stave off starvation, but only just. It was on such an attempt that she met her new father. (see story https://inkbunny.net/s/1849882 for further context)

The male who would eventually adopt her and treat her as his own, was a black dragonborn named Xarkris Veld-rash. Xarkris had recently retired from a long profitable career as an adventurer and had just opened up a stall in the merchants quarter in the hopes of "going straight" and changing his roguish ways. While trying to steal Xarkris' lock box, Gossim was captured by the large male. Rather than report her to the guard, Xarkris took pitty on the little wretch and took her in. over the next five years, Xarkris taught Gossim everything he knew had learned as a thief and highwayman. at first, this was only to assist Gossim when she eventually returned to the world at large, but as the years passed, the dragonborn began to see the little kobold as more of a daughter than a pupal.All through out those five years, Xarkris continued to grow his little business, until finally one day he was able to buy an actual storefront.

Unfortunately, with the store, came higher rent. Xarkris had hopped a better location would increase his meager sales, but it seemed no one wanted to buy cloths or fabric from the oddly dressed dragonborn. Xarkris was given thirty days to come up with enough money to pay two months worth of rent or he would loose the store. coincidentally, on the same day the landlord came to give the two the bad news, a small gaggle of nobles decided to 'grace' the two with their prescience. while browsing his wares, the women made many a rude comment. making sure to be just loud enough that Xarkris could hear them, but quiet enough they could pretend as if they had said nothing if questioned. Eventually the gaggle left, laughing uproariously at the strange dragonborn and his terrible clothes.

This rudeness was too much for Gossim, and that night she took to the streets. After hours of searching and tracking, she finally came upon one of the noble's homes. Sneaking in was child's play for Gossim. Two hours later, the little kobold had a bag stuffed to the brim with panties and under things stolen from the various homes of the nobles who had besmirched her adopted father's name. Upon ariving home, Xarkris was both annoyed and thrilled at what she had done.

the following day Xarkris put out the items Gossim had stolen for sale, all priced reasonably for the peasantry. Word quickly spread through the lower and middle class of the city, and before he knew it Xarkris had enough money to pay the landlord. From that point on, Gossim began to go on panty raids, taking one or two items here or there. The nobles of the city had so many clothes none ever seemed to notice the loss of an item or two a month.