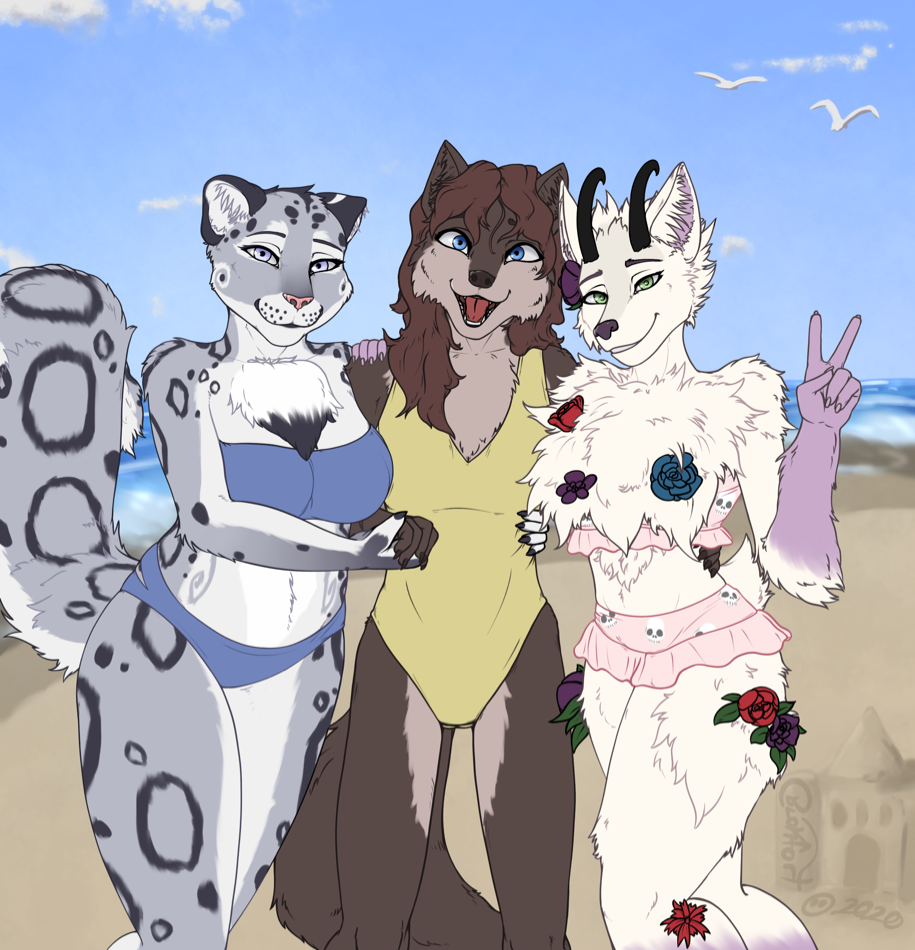 Well, the world’s on fire. Let’s talk about art!

There was a lot of work to do during this month both in art-work and ‘outside’ work. It was to the point where I decided I needed to close commissions and get everything caught up again before accepting anything new. It was a good choice, as it took another 2 weeks to finally clear everything up, heh. But, all of that work is now officially cleared up and over with. Now, onto the next mountain of things to do!

[Comics] I’ve officially started on the comic of “First Love,” featuring Neek, an ice-mage kobold girl, and Krench, a sort of simple-speaking muscle-bound pack-mule of a male kobold. There isn’t really a plot, this comic is mainly me working through the process of “how do I even make a comic?” I ended up completing the storyboard for it in about 3 days, worth 19 pages. These are complete comic pages, none of that picture-by-picture crap this time. This was so much easier to work with, it makes me question why I even tried the other way really. After the general (not at all) masterpiece-looking-scribbles of storyboard was put together, I had to slowly work my way through the dialog. I used Clip studio to help with the framing and dialog balloons as I went, along with a notepad on the side for any one-off thoughts that might work. I’ve also had some friends help me out with a few sections. Sometimes an outside perspective makes things go way better. The next step was to iron out the designs of the characters and some scenes. There’s only two scenes and three (four) characters that appear in the comic, so designing the clothes and buildings wasn’t a big time sink. So, with the general scribbles, frames, first-draft dialog balloons and designs set, it’s finally time to actually draw the damn thing. It’s uh… Going to take a while, heh. I’m not going to hold myself to a schedule for this, especially when I have other projects that quite literally demand my attention at the moment.

[Weekly Votes] Weekly Votes have been going pretty well. Sometimes I can’t follow the sort of set rule of “all weekly voted pieces will have flat coloring and cel-shaded finishes,” as proven with the anthrotized-Ahri one. The design and intricacies of the piece along with the work I had during that week took up most of my time Besides that, I thought it looked just fine as flat color anyway. So, while I do have it stated that all weekly votes will look a certain way, it may not always happen because that’s just the way it is.

End note: I’ve got to stop saying “I’ll do it tomorrow,” as that never really happens :)