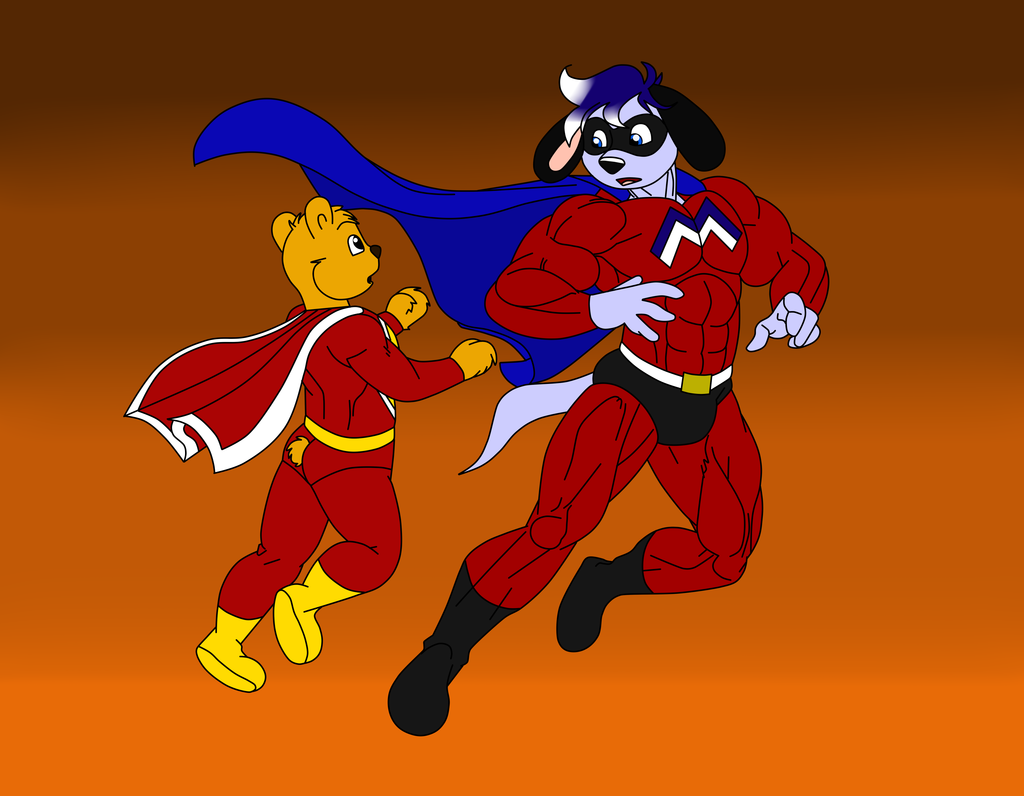 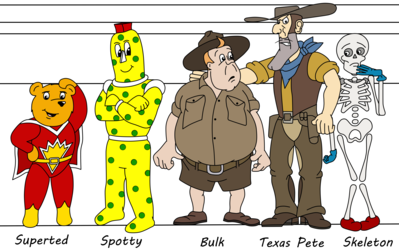 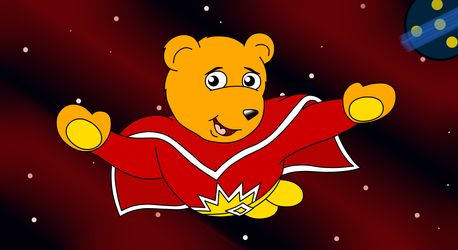 As a commission off lapinbeau here off Deviantart during one of his streams. Featuring both My heroic character Mega Mutt and my personal favorite hero Superted.

Mega Mutt was flying about the city when a vortex opens up nearby and out comes a small scarlet suited teddy bear known as Superted coming out of it. Within moments Mega Mutt flies towards the bear to ask if he was alright. However Superted was a bit flustered on what happened but once superted got a sight of the bigger dog hero he got a little lost for words thinking it was his friend spotty.

Soon afterwards they Two heroes began talking over on what happened. It turns out that superted and spotty were out in their space station doing some needed repairs after an asteroid belt came down and did some damage, when a wormhole appeared before superted could do anything he got sucked into it and ended up in Mega Mutt's Universe.

However with the problem that the wormhole is no where in site, so superted is stuck in mega mutts world. Superted however noticed that his rocket boots are not on him anymore as if he's flying naturally. Also the world that Superted transported to was a lot different to his being slightly modern. However Mega Mutt assured his new friend that everything hasn't changed to much.

After a nice few minutes the two of them flew off to Mega Mutt's home and lair so they can try and locate where and when the next wormhole is back to superted's own universe would happen. However it wasn't able to appear so Superted had to stay with mega Mutt for as long as it needed to until the wormhole came back.

This is the scene where they first converse about what happened to superted.