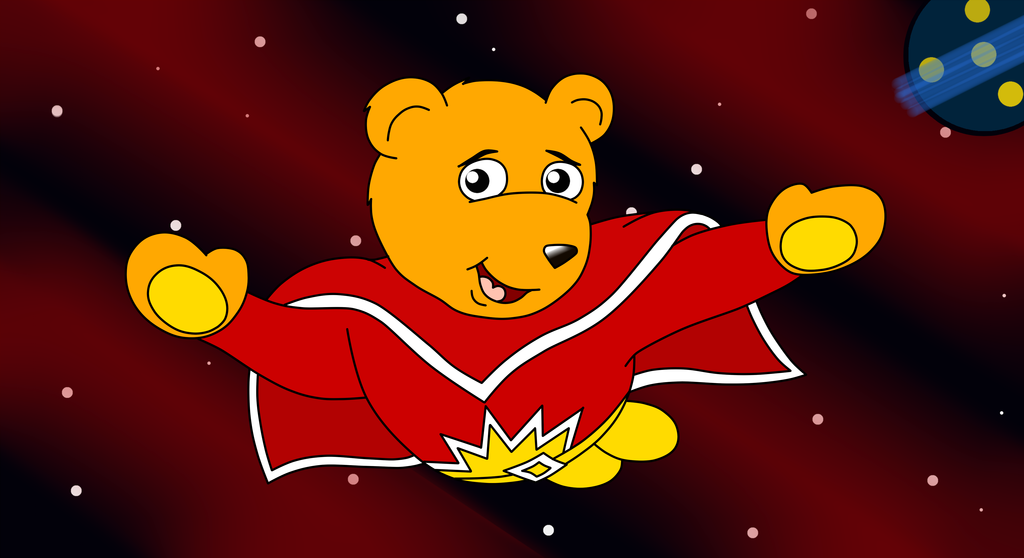 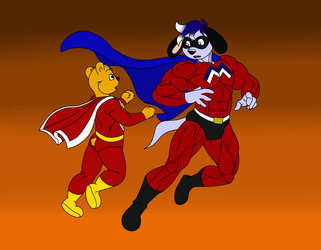 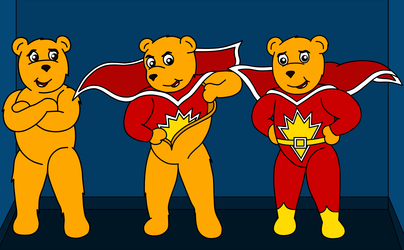 Here we got our favorite Welsh superhero Superted having a fly about in space, though here he doesn't have his rocket boots powered on as he's floating about with a bit of the momentum used from the boots themselves. Nothing too much to say from this.

Back again with another picture revival, this one of Superted doing some flight. So i decided to give Superted a nice background that looks pretty good.. though the planet would of been likely to be bigger but i think it looks quite alright there. Still though it looks great coloured in.