Random Tapir for Collab by MugoUrth 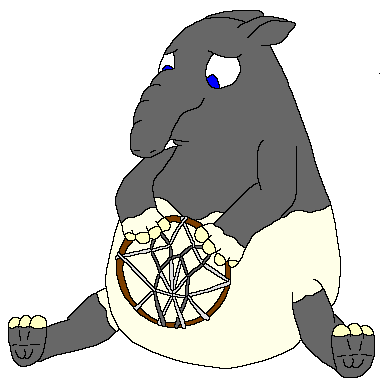 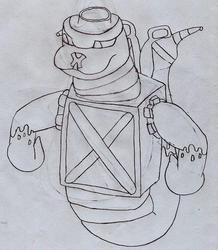 Have I ever told anyone ho much I like tapirs? They're not the cutest animals on planet Earth (babies are freakin' adorable though) but those silly little upper lips of theirs and their portly attire is so charming.

I drew this for :iconInverted-Tapir:'s collab cause I wanted to show my appreciation for tapirs. While I lack skill and tools, I would like to think I have no shortage of ideas.

In some countries, people keep around tapirs cause they believe that tapirs have abilities to nullify bad dreams, which is likely where the Baku legend comes from. So I decided to draw a big ol' tapir holding a large dream-catcher. If you look closely at the dream-catcher, you can see what's supposed to be the head of a tapir. I marked it with darker rope.