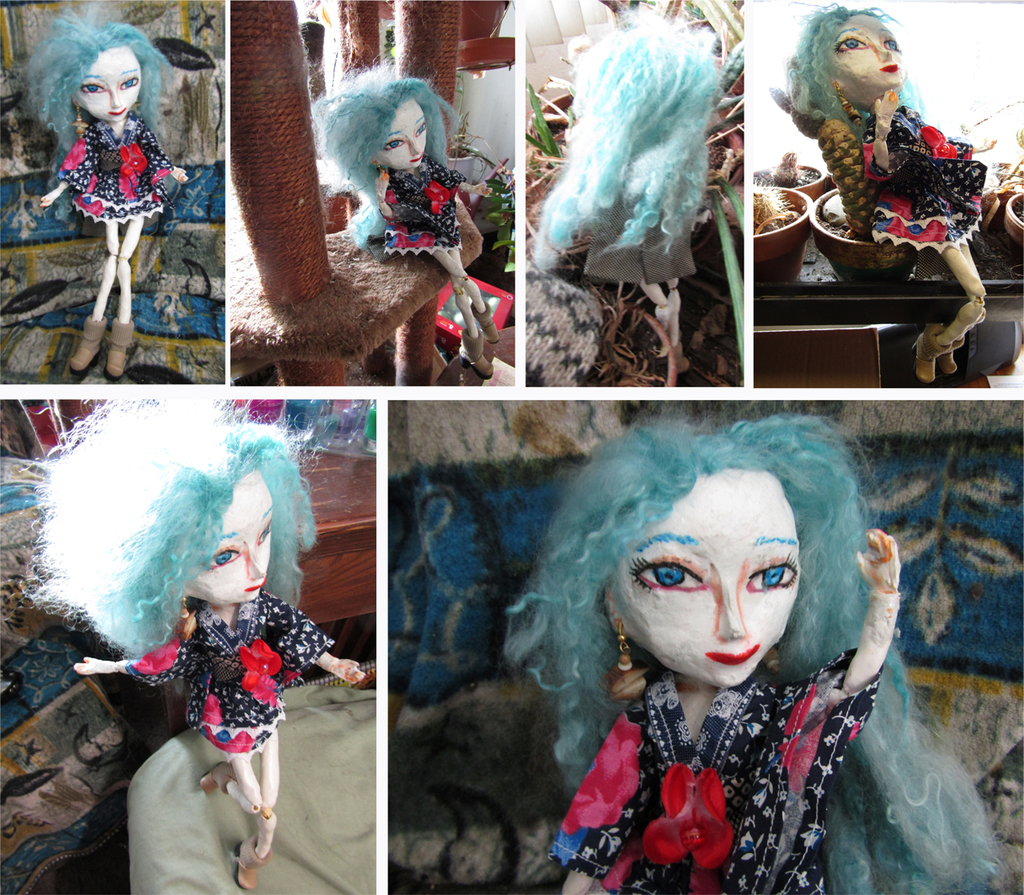 Now for the hatedoms. Here we go!

Do I like this character? To tell you the truth, I never seen the show. But then again, I hardly watch cable TV anymore.

Okay, I'm very unfamiliar with Johnny Test, but I always hear the hatedom go on and on and on how this show and character sucks ass. It's getting old. We get it, you hate the show. I bet you anything there are cartoons out there worse than Johnny Test.

Do I like this character? Not really. But then again, almost everyone in the Star Wars Prequels were flat and had paper thin personalities to begin with.

Yeah, I know. The Star Wars Prequels had a whole slew of unlikable characters. But out of all the unlikable characters, Jar Jar is singled out the most. We get it. And I believe you haters. Jar Jar Stinks! But so does almost everyone else in this prequel trilogy. The few, if any likable characters in the prequels are almost always killed off or shoved on a space bus, and never seen or heard from again. So Jar Jar isn''t the only Star Wars prequel character that sucked, but no one seems to notice that.

Do I like this character? I liked her in Peter Pan, though I am really unfamiliar with the Disney Fairies spin off series, so I don't know what's she like in those shows.

Alas, Tinkerbell. Went from a beloved classic character to a base breaker amongst Disney fans. Some like her, others don't. But however, the rabid haters seem to be missing the point of her character. At least Walt Disney was upfront and honest about her characterization and didn't reverse psychology storytelling with her. She's SUPPOSE to be unsympathetic, jealous, clingy and bitter at first. Those flaws were intentional. And hell, even Peter Pan called her out on trying to physically injure Wendy. So yeah, she was not suppose to be a nice fairy. At least her flaws and personality traits were intentional, unlike with some other Disney girls cough*Ariel*cough.

Do I like this character? Yes. He is one of my favorite characters in the game.

The VP hatedom seems to hate Lucian for the fact that he ends up with Lenneth instead of Lezard. But these haters are so totally missing the whole point of the first VP game's story line. First off, there was NEVER EVER any sort of love triangle that befalls Lenneth. Two, Lenneth never loved Lezard. She found him to be an annoying, pathetic stalker with no life of his own. Three, hating Lucian for being a nice guy instead of a stalkerish sociopath is kind of a stupid reason to hate him. I'd rather have a boyfriend like Lucian than a boyfriend like Lezard. End of story!

Do I like this character? Yes. He's my favorite SamuWars male character in the series.

Either you like Magoichi, or you hate Magoichi. There seems to be no middle ground with this character. However, I like him not only for his game play, but he's also a cheerful, funny, optimistic and sympathetic fellow. People mostly hate him for being flirty. But then again, they might as well hate Edgar from Final Fantasy VI or Donfan from Bahamut Lagoon for being similar to Magoichi, since they're flirty comic relief characters as well. But ironically, Magoichi gets the most hatedom from gamers, despite them liking character similar to him, personality wise. Hypocrites much?

Do I like this character? I'm neutral on her. She's decent, but I'm a bigger fan of Rosalina, Zelda and Midna.

Another character that seems to have a rabid hatedom in the Nintendo fanbase. They seem to hate her for being snarky, sarcastic and childish. Personally though, I'm kind of glad Nintendo didn't make her a pure hearted Pollyanna character. She seems rather human, compared to other certain game girls I've come across cough*PrinPrinfromGhostandGoblins*cough

Do I like this character? Yes, I do! DEAL WITH IT HATERS!

Another character people either love or hate. Though I do get sick of haters claiming that she ripped off Elsa from Frozen. Ummm, hello? Rosalina came first guys! Though her fans can be questionable, her haters are far worse. They even slut shame her, even though she's from a CHILDREN'S video game series with no sexual content what so ever, and haters claim that she steals Mario away from Peach. WTF? They all need to take a chill pill. It's okay if you guys dislike Rosalina, but please, be civil about it and stop bullying the fans for liking her.

Do I like this character? Ah hell yeah. She, Angela and Hawkeye are my main favorite characters.

People seem to hate Charlotte for being childish, "moe", snarky, sarcastic and too cutesy for her own good. I personally like Charlotte for not only her personality (suck it up haters!), but she's also very useful in battle, since she is the only character who can learn healing spells without a class change, and the only character (besides Duran in his Lord job) who can use both healing light and twinkle rain, which are equally useful in battle. Then again, I prefer magic using classes over physical strength classes in JRPGs.

Do I like this character? Yeah baby! Xianghua is my girl!

Oh boy. I respect the fact that people dislike Xianghua, but dear gods, the haters are just vicious and nasty to her fans, harassing them for liking Xianghua. Doesn't help that some of Xianghua's haters are rabid misogynistic yaoi fangirls with a severe case of penis envy. I mean, I get why some don't like her. Not everyone has to like the badass adorable Asian schoolgirl arch-type in fighting games, but my my, try to be civil about it and not torment fans who like these type of characters. Some people just happen to like how cute, funny and lively Xianghua is. So what if she's not an emo chick? Emo all the time gets boring anyways.

And for #1 characters with the worst hatedom!

Do I like these characters? Yes indeed! They are my main Tekken girls.

I understand why people don't like Alisa nor Xiaoyu, and as long as they respect my opinion on liking them, I'll respect their opinions for disliking them. However, sadly, that's not always the case here. In the Tekken fandom, or should I say hatedom, seems like Alisa and Xiaoyu has the worst rabid hatedom out of all the characters in the series. They bully and harass people who like these girls, get all jealous of those girls being hungry for Jin's attention (Ummm...hello fangirls. Jin Kazama is just a video game character!) and most fanfics I've read that involved Xiaoyu or Alisa is hatefics where they get raped, killed or raped and killed, just because the writers claim they get in the way of their petty little pairings. Let's not even start with the yaoi fangirls....

Anyways, I'd rather prefer cute female characters who are legal age over jailbait lolis who try to hard to be cute, and fail. From the last time I checked, Ling Xiaoyu is 19 years old and Alisa would be considered 18 years old by human reckoning. So yeah, they are not lolis people. Plus, I always preferred speed demon fighters over bulky powerhouse characters anyways.

So there you have it everyone. The characters with THE worst hatedoms.