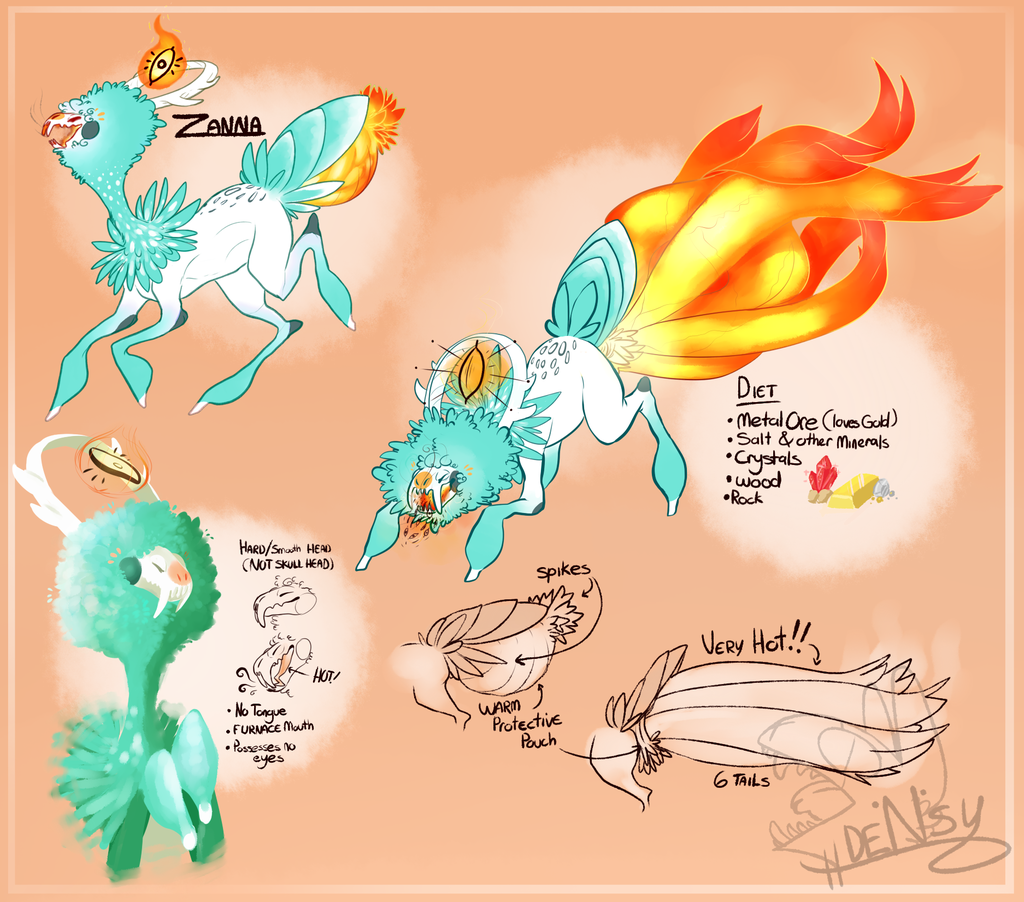 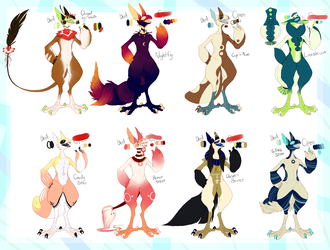 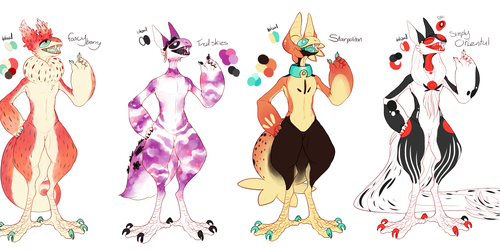 Name: Zanna
Gender: Female
Species: Golav's
Size: compare her size to a Ram
Personality: Zealous,bubbly, all out lovable, reckless (she might burn you by accident)

-if the teeth weren't intimidating enough, Zanna uses defensive stances to ward off predators, exposing it's super hot tails and blowing out blistering heat from her mouth.
-Last resort is to bite and kick, leaving 3rd degree burns if she holds her bite on long enough (bubbling and melting of the skin)
-headbutting would be another one of their attacks, getting gored by those would be pretty nasty, skilled golav's can also their antler hoops to choke/hang/suffocate their attackers
-seriously, don't anger them, don't be dumb

Diet:
-mainly eating rocks and minerals, she tends to eat other things like wood,crystals, and ores (LOVES GOLD ORE AND COAL ALOT) depending on what she needs to charge herself back up again, like an old stove

-born with only sockets (for some evolutionary reason) , this species does not have eyes inside of it's head, but instead possesses a sort of "third eye" over their heads, simply taking on the role of their eyes (and possibly their soul length??? who knows)

-Zanna's head is soft and velvet-like to the touch, but very hard when you get a good hold of it (NOT A SKULL HEAD), she sports short fur on her body and long cloudy fluff around her face and neck, her tail is hard plated at the top, and her tail pouch is warm and soft/almost squishy, with spikes at the end to prevent anyone from opening the pouch up

-loves to rub her head against you, enjoys chin and cheek scratches
-speaks in a series of squeaks,chirps, and coos
-as long as you don't get her tail wet, she loves water tremendously!
-fantastic rock climber, has the balance of a mountain goat
-the heat of her tail and mouth can go from 60°C to over 200°C in a minute