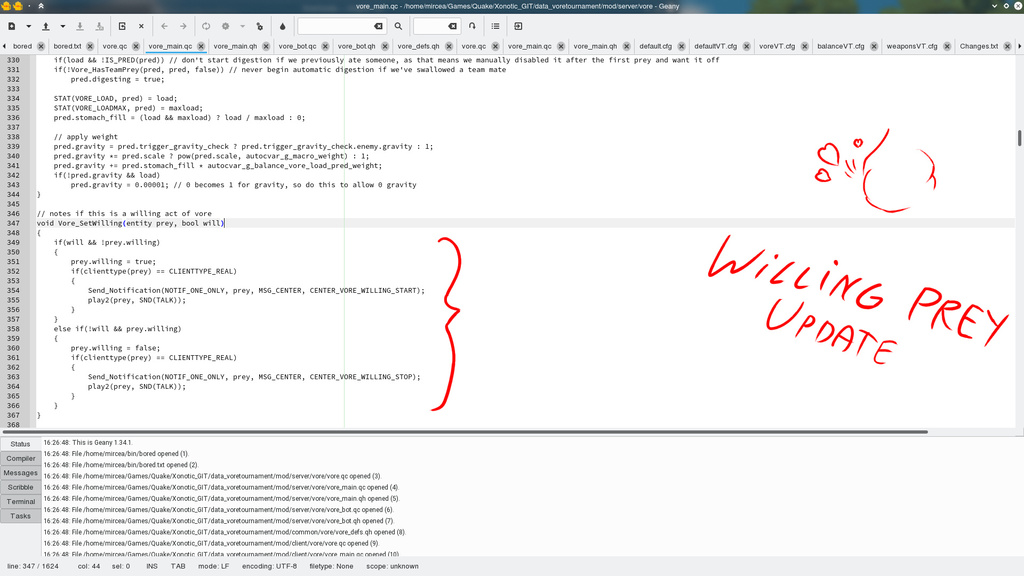 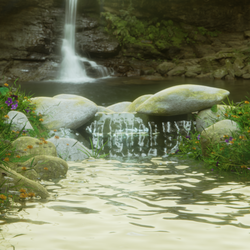 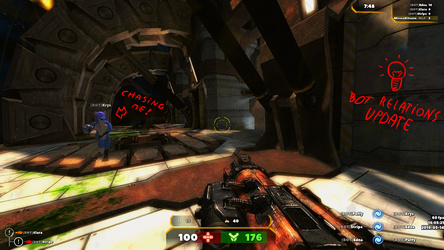 One of the new additions to Vore Tournament is the concept of willing prey. You could already use the F key to feed yourself to another player, opposite of using the E key to eat them... however this did not have any other meaning. Willing prey is now registered as such, which affects a few game mechanics. You can mark yourself as willing either by feeding yourself to a player, or by pressing the feed key while in their stomach... eating them or pressing the E key will oppositely make you unwilling again, as well as kicking the predator's stomach. This feature will be part of the upcoming Vore Tournament 2.0.1.

The most notable effect is that willing prey can't be regurgitated on demand by the predator. If you've marked yourself as willing, you can only be forced out by velocity or damage. The predator is pretty much stuck with you.

Bots also take notice of this and will prioritize willing targets. More on that in the next announcement, which will discuss the new bot relationship system.

This was only made possible by your support on Patreon: Please consider pledging 1$ or more at https://www.patreon.com/MirceaKitsune to support the development of Vore Tournament and other cool projects.