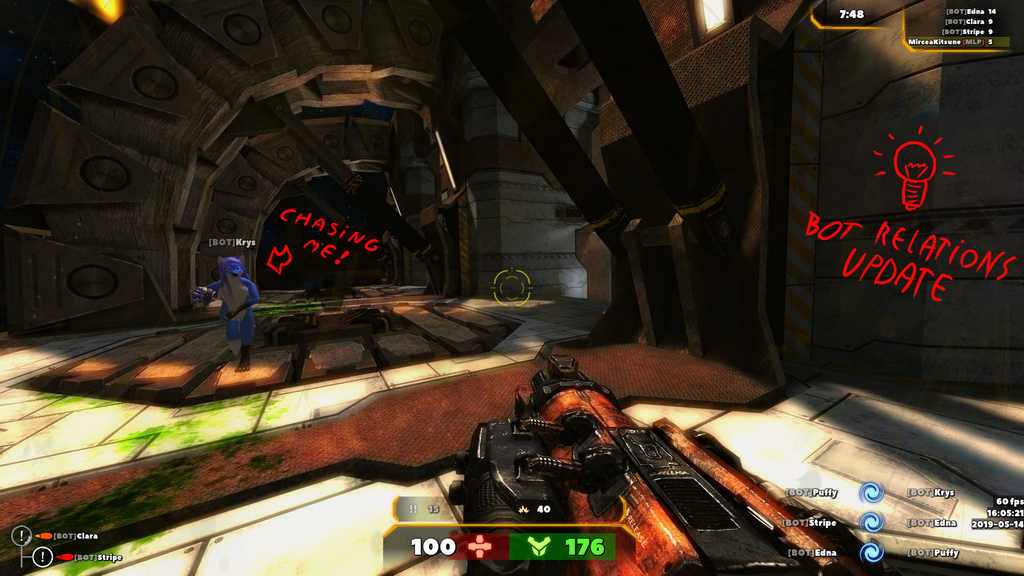 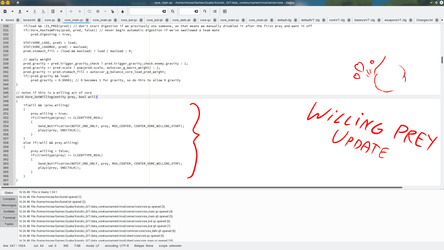 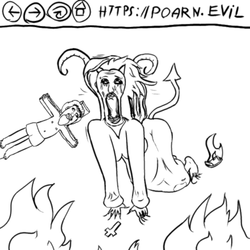 This is one of the most exciting new features implemented in Vore Tournament and something I've wanted for a while. Bots can now develop relationships with players as the match goes on, which affect who they decide to target and for what reason. You can think of it as a bot learning system, in which the bot observes who is typically a pred or a prey. Players are notified when a bot begins targeting them as either a favorite predator or prey.

How it works: The more time you spend inside a bot's stomach, the more they will register you as a prey... and of course the more time they spend in yours, the more they will treat you as a predator. Although your interaction with each bot matters most, bots will also change their perception of you based on how often they see you eat or be eaten by others. They will then decide to chase or avoid you based on how they perceive you: If you eat them or other players more than you're eaten yourself, predator bots will see you as a feared predator and avoid you, while bots who enjoy being prey will chase after you to feed themselves. If you instead get eaten by the bot or other players more than you eat them, predatorial bots will see you as a vulnerable prey and be more inclined to chase after you, whereas bots that enjoy being prey will lose interest in you.

The effect is strongly amplified for willing prey: If you've deliberately fed yourself to a bot, that bot will quickly learn that you're a prey to them. Once that happens, they will chase you more than other players whenever you're nearby. The only way to get the bot to leave you alone is to eat them and prove that you can pose a threat, causing them to lose interest over time and stop chasing you.

In the future I'd like to use this system for more things, namely a bot chatting system which is another possibility that's been on my mind. If you're running the development version, simply pull the latest code and enjoy! This feature will be part of the upcoming Vore Tournament 2.0.1.

This was only made possible by your support on Patreon: Please consider pledging 1$ or more at https://www.patreon.com/MirceaKitsune to support the development of Vore Tournament and other cool projects.