Hello, so I am a new comer to Weasyl, I hear good things about this site so here's hoping I get to experience these good things.
I also have to accounts with Furaffinity, but I can't access my older account Mialythila so I made a new one last month Lyrialwintermoon. My oldest online gallery is still active here: http://mialythila.deviantart.com/ I also used to have accounts with Elfwood, Storm artists and I think there was another one, but I can't remeber anymore lol.

I hope you will enjoy my art here :) 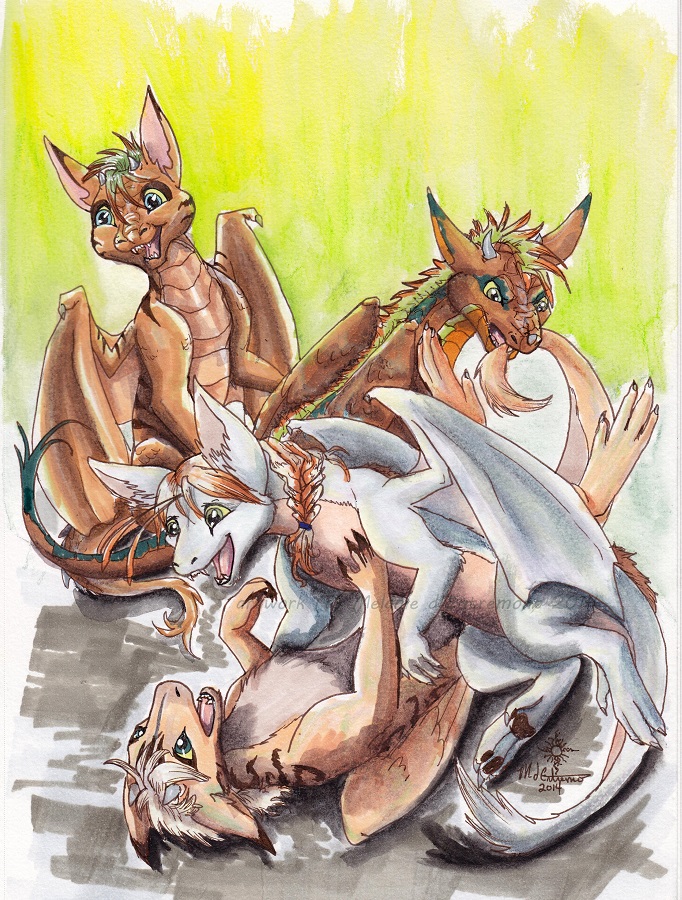 One thing that has been making me excited about looking through the art world lately, is the sheer amount of dragons popping up all over the place! It seems their popularity has blown up a lot the past few years, I wonder if "Games of Thrones" has anything to do with it? Also I have noticed a huge jump in feathery dragons appearing, when I first started posting pics of Ceres up, there were hardly any feathery dragons around, now I see them everywhere! I wonder if any of my art has had any influence on it <.<... I have been posting my drawings up of Ceres since 2003 so she's been on the internet for 12 years! I created Ceres before I had constant access to my own internet and computer so she's been around really since around 1999-2000, then in 2001 I brought Mia, Lyra and Eridanus into being <.<

I want to draw more like I used to (including getting back into digital art) but since I have been living on my own and working all the time, I have lost a lot of my creative interests/motivation :( I am hoping once I finish school, then if I can land a good steady job somewhere in the Veterinary world, then hopefully I will feel creative more often again and do my comics I have been waning to do for many years finally lol.

Also, I have not touched this account in several months, oops, probably because it is not a very active account, anyway I have new stuff I have not posted up yet, but I will shortly after I finish this journal entry.
The past several months have been kinda hectic for me, I took a 41 week course for Veterinarian Assistant, and been trying to work at the same time, which makes things hard and frustrating at times. During the Christmas months I was working and going to school non stop, and then after the Christmas rush went away, my hours dropped dangerously low, so I have been struggling financially the past two months -_- it is not fun, but hopefully things will change soon, I will have a full time steady job at a vet clinic, and I will be more active with my art again.

So I hope you will all enjoy my art!