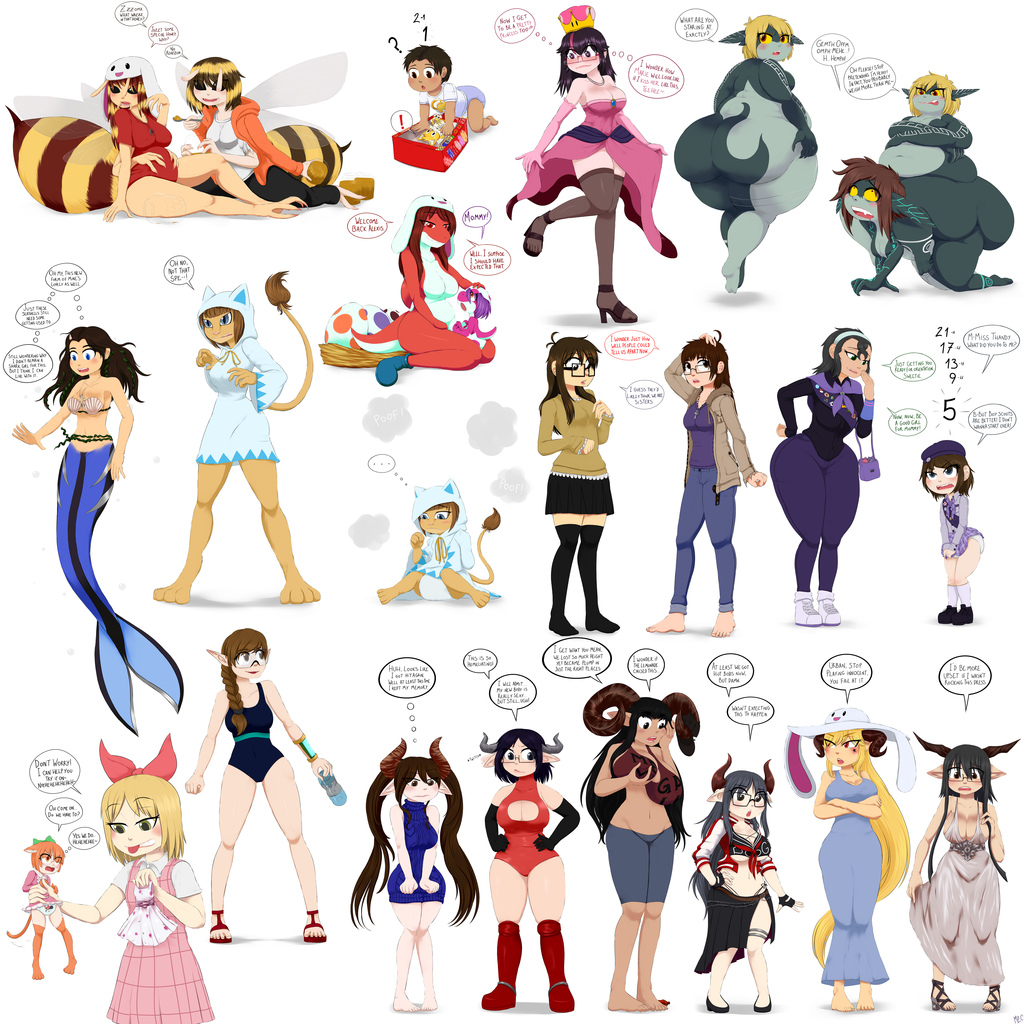 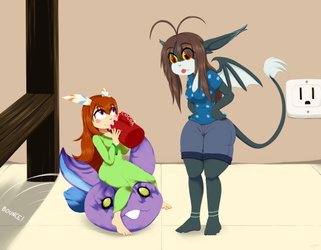 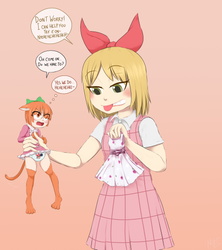 Aaaand, that's a new Stream Batch for ya! This time actually managing to squeeze in a new record total of 25 characters in a single canvas :v

1º SomariaMoon and Viperwing star in the very first pic of this batch, having been turned into buzzing bees, it can't be seen quite well just yet, but it zeemz like Zomaria... Ehem... Somaria will have some hierarchy status above Viperwing, so Viper iz Somaria's worker bee, getting all the royal jelly she can stomach, I wonder how Somaria will take to the role of having tenz of thouzands of babiezzzzzzzzzz~
2º KennKyubi stars in the second pic, a new addition to the Lock-On Regression pics, and likely the last one, as Kenn has now reached the single year and the cursed Tails doll that siphoned away his age is now inside the box, brand new :v Kenn is still trying to get the dolly, someone take it away and place it in the Warren Museum :v
3º SomariaMoon and TheRoseQueenAlexis commissioned the next pic, right below Kenn (Yeah, I guess the layout can be kinda confusing), a Yoshification pic by the looks of it, a Yoshified Somaria has transformed little Alexis into a new born baby Yoshi, so it seems quite clear Somaria is mleming her victims inside eggs to then having them born again, and by the looks of it she has already gotten more in that nest, I wonder who could they be~
4º Jindujun93 got the next pic, a Peachification of cute sexy fluffy Erin <3
5 - 1, 2º Nassley and DismalDetractor got a couple sequels to their respective Impifications as seen here and here, with Imp Nashley abusing Dismal with her larger size, even though Dismal herself isn't that far back behind (Pun Intended).
6º TheHeroOfDarkness got herself Mermaidified, apparently directly after fooling around with more spells she was using while she was a Shark Girl.
7º Magister_Jezza got the next pic in this batch, a before and after Age Regression pic of herself, apparently she was doing a magic duel with someone better than herself >3<
8º LyhokoLeaci quite simply asked for an outfit swap pic, with me ^3^ how do we look in each other's standard clothes?
9º Redmond17 and Viperwing got a double AGW! Redmond's Sandy Reswald turning into a t h i c c Den Mother after using the AGW 1.4, and poor Viperwing turning into a little (very little) Girl Scout after trying out the AGW 1.5, at least it seems like Sandy will take good care of Viper and make sure she grows up to be an outstanding Girl Scout.
10º Annakatan got the next pic in this batch, having shrunken poor NormalDeviant's Orange to doll size, and about to dress him up into a delicious cute dress, c'mon Orange, you can't kid anyone pretending you're totally not into this >:3
11º Alkonium got a pic of their character Marwen Telford after trying out the AGW 1.9 and turning into a professional swimmer... Mmm... By the looks of the character though I'd imagine she was already quite proficient at it.
12 - 1, 2, 3, 4, 5, 6º Kachopper9000, Clinto500, TheUrbanLegend52, FrostFireSoul, SomariaMoon, and HyperShadic123 got the final pic of this set! A bunch of Draphs of different heights and horn types, don't be fooled by UrbanLegend and Somaria looking generaly taller than the rest, that's just comparatively speaking, since all Draphs are smol.