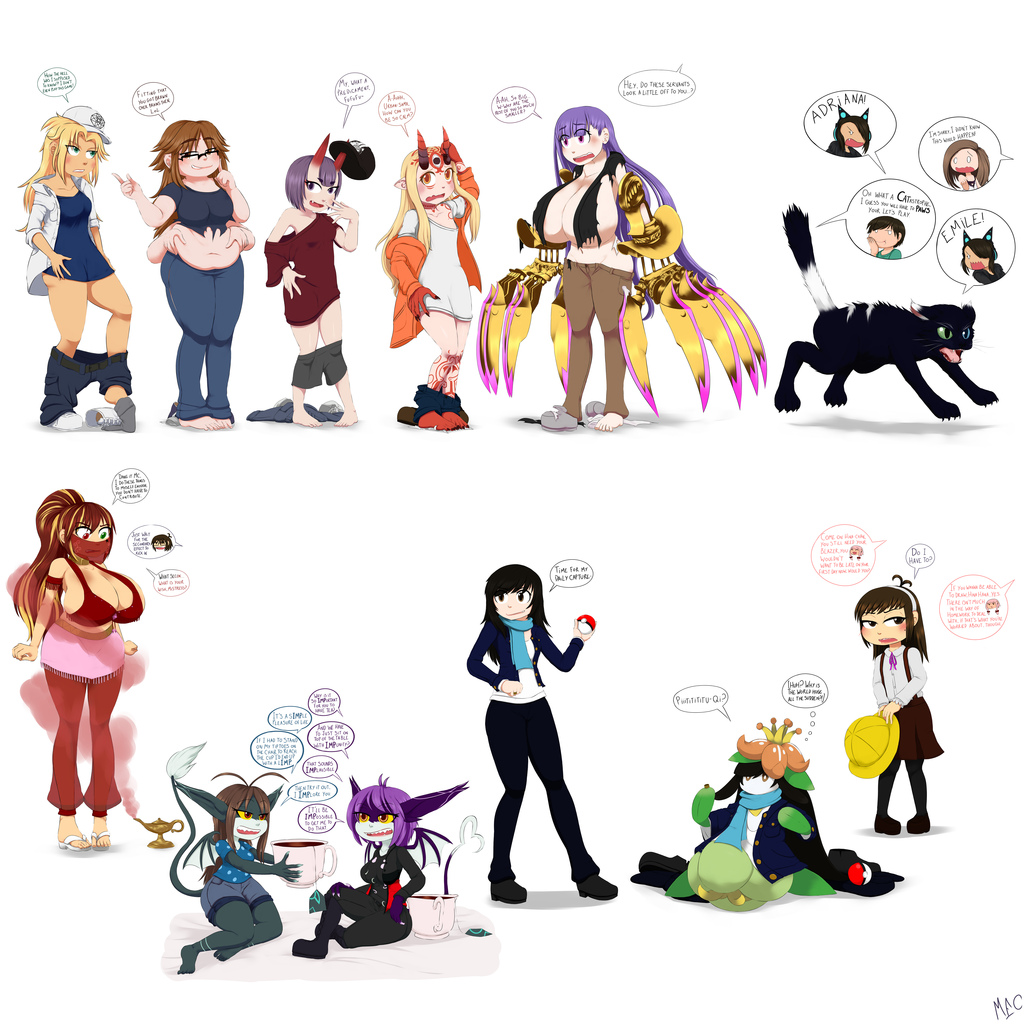 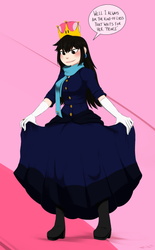 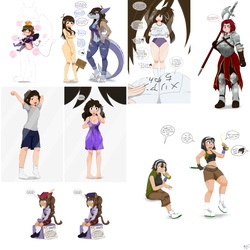 Weeeell, this was quite the unusual batch, as those who follow me on Twitter and/or are members of my Discord server I've been having internet problems, which are still ongoing, which caused pretty much this entire batch to be drawn off Stream.

This will also mean that the next batch, an AGW one, won't take place this week as originally scheduled, I'll keep you updated with that.

Anyway, this took a bit more than a week in total but here it is at last:

1º TheUrbanLegend52, Redmond17, KAIZA-TG, Viperwing, DismalDetractor commissioned the first pic in this batch, all five of them ending up inside Fate Grand/Order as servant characters, from left to right, Mordred, Jinako, Shuten, Ibaraki and Passionlip, some taking it well, some angry, some freaked out.
2º SomariaMoon commissioned a third catification pic, a sequel to the ones where Adriana Figueroa got catified, the victim being Masae this time. Oh and she looks livid o3o
3º SomariaMoon also got themselves geniefied, by me? Nyeheheh, does her form adjusts to my desires?
4º TheRoseQueenAlexis, Malkaiwot sIMPly got an impification pic starring both of them in their smol imps forms, enjoying a nice cup of tea, or it's pretty much a bowl at that size. While exchanging imp puns.
5º Mad-Hatter-Ison got themselves pokemonified into a Lilligant! Be careful how you handle those pokeballs :v
6º LyhokoLeaci commissioned a sequel to this pic where Yuno had regressed me, now it seems like it's been a couple years, and I'm getting ready to attend kindergaten, again, but now in Japan... God, why would you do this to me Yuno, I mean mom, I mean okassan, I mean お母... >///>

About the name Yuno picked me for me, it's a japanization of my name, Andrey Flores.
Andrey being an slavic variation of the greek Andreas which means uh... Male, as in Male Human Being, I know it's rather funny. And Flores is spanish for 'Flowers'.
Translating both to japanese we get 陽菜 花, which is Hina Hana, I know, it's also kinda funny, because of the ring it has to it. But anyway, that explains why I know have to attend kindergarten, or rather 幼稚園, I should get used to that, complete with the typical kindergarten Bōshi, I mean 帽子, I mean というのは.