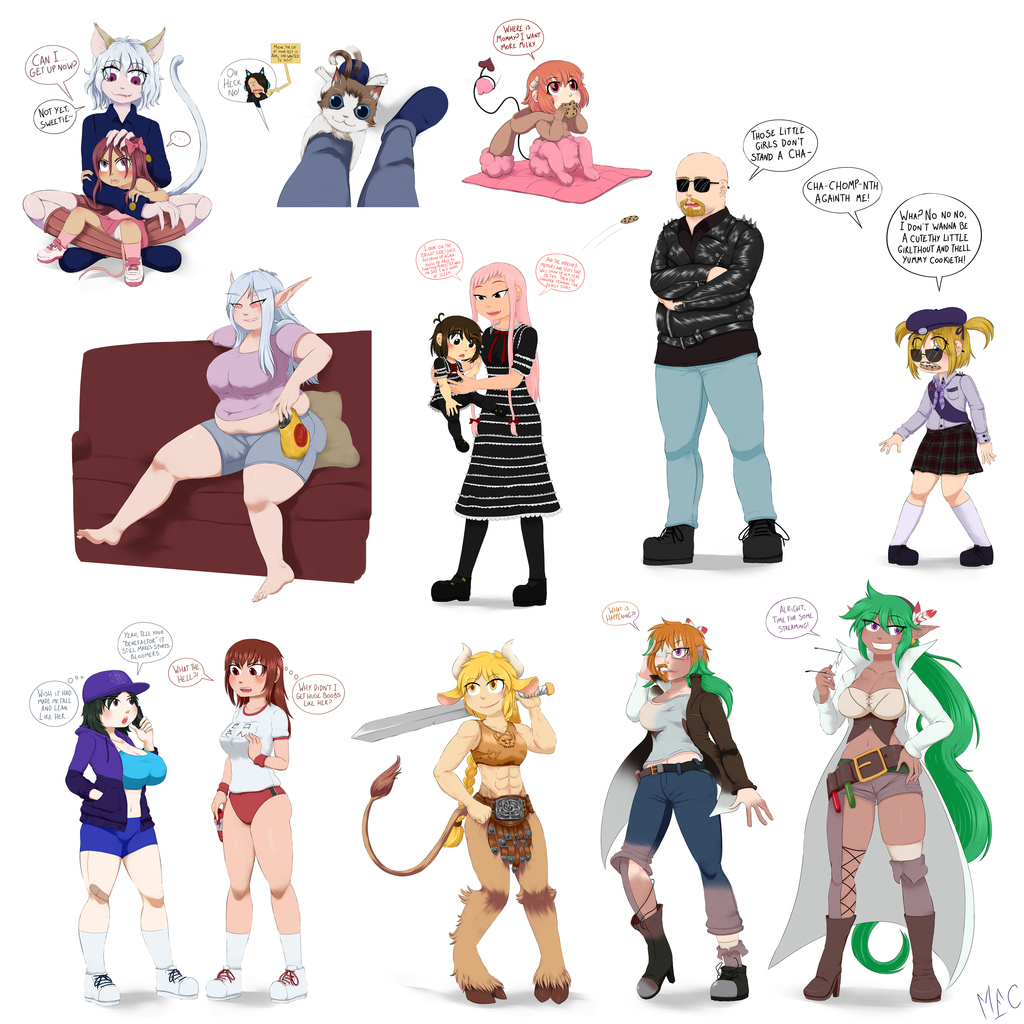 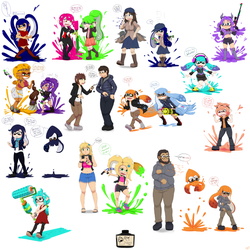 Here's the new Stream Batch at last! This one ended up going for super long mainly due to the new record amount of 24 characters in the batch >3<

1º Annakatan got a beautiful AR (Mmm... Well... TG+AR) pic of Hunter X characters Neferpitou holding a babyfied Ant-Kite, I guess this is a likely scenario if the ants had won the war? Pitou would get to tease lil' Ant-Kite now that she's been TG+ARed baby Chimera Ant.
2º SomariaMoon asked for a sequel to this Catification pic of AdrianaFigueroa, now seemingly used to her new form, grabbing one of Masae's legs with a playful face.
3º Lordtombond commissioned a new pic of Diva the Devil Class President, now babyfied, seems like she's going through several different TFs :y
4º fudgefiend got themselves a Weight Gain sequel to this Lazyfication pic, it's what happens when you embrace lazyness I guess. Lazyfication sounds like a really really really fun TF premise >:3c
5º LyhokoLeaci commissioned a pic of Yuno holding an Age Regressed... Me?! Wha?! When didh dis happn! o:
]6](https://www.weasyl.com/~mentalcrash/submissions/1922814/running-with-a-different-gang)º OREOSOME commissioned a Girl Scoutification pic, biker fat ass TG+ARed into a girl scout, he gets to keep his sunglasses and should spikes though, and you get a complimentary tricycle :y
7º Redmond17 & AllenWalker88 star in a new Sporty Girlification pic, this time Allen gets TG+ARed into a sporty girl, taller and possibly stronger than Mona, though with a smaller chest, I mean you can't have everything I guess >3<
8º Kiwi-The-Fruit comissioned their character Agni being TG+APed into a Minotaur... Minotauress? Minocow? What is it? :v
9º IrateResearchers' has one again managed to get himself TFTGed, for such an evil genius he always ends up girlfied, this time into an Elf, a streamer elf I guess?