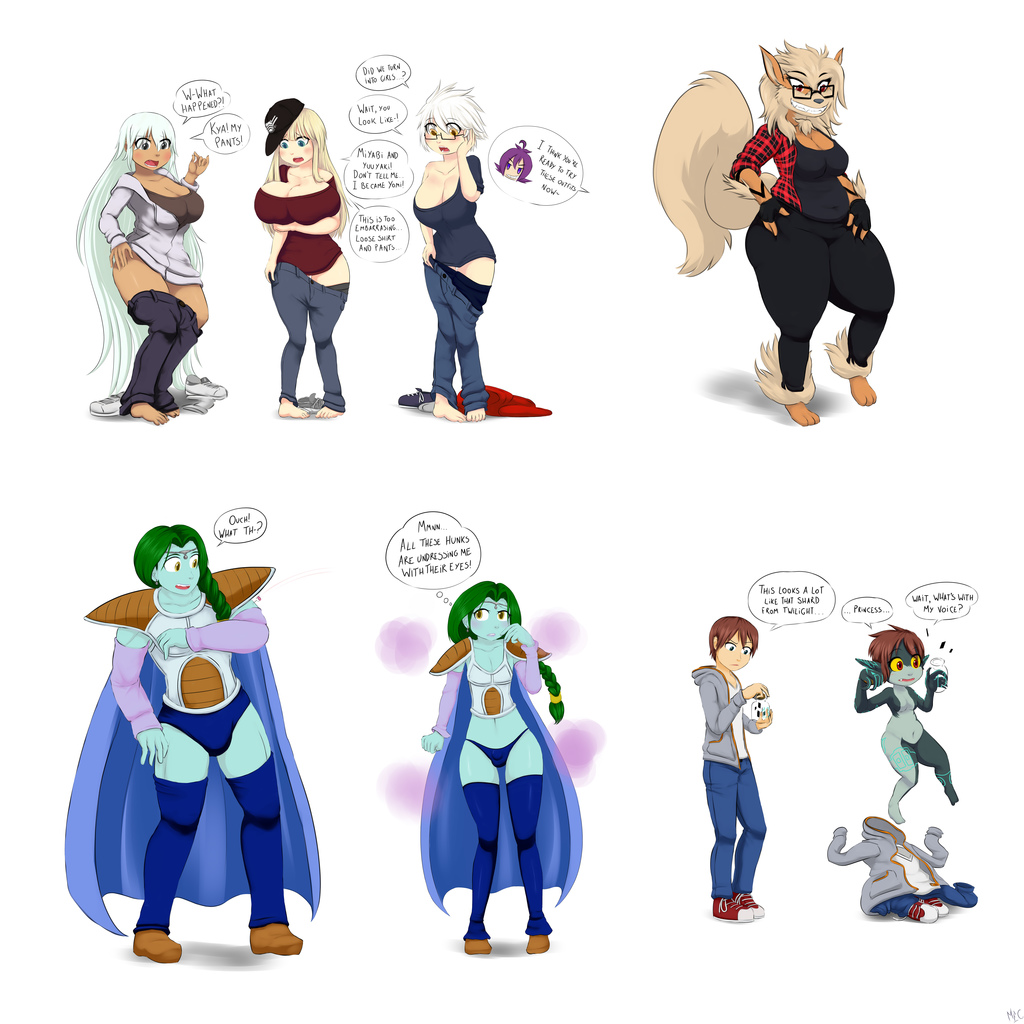 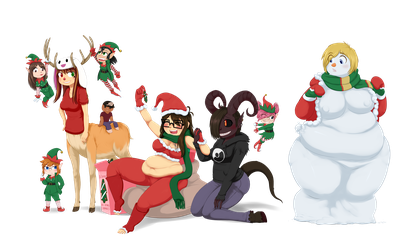 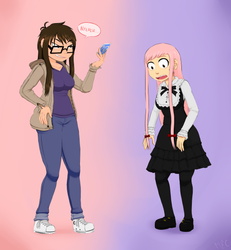 Second canvas of the latest stream, from saturday night to today!

1º Corivas, TheUrbanLegend52 and Kaiza-TG have turned into characters from Senran Kagura? It's clearly Mika's fault, I wonder if they'll get used soon to these back breakers though, specially UrbanLegend, but gosh, all of them have breasts larger than their own head 0:
2º GreenCanaryBird asked for a pic of their character Vanessa as an extra t h i c c anthro Arcanine, that's a killer hot mom bod she has, and she looks excited about it o3o
3º An Anonymous commissioner asked for a femboy pic of Zarbon from Dragon Ball Z, more specifically a Sissyfication pic, Zarbon can turn into a monster when fighting, maybe the dart he got prickled with obviously had something to do with it, maybe it overwrote his monster TF? Though I don't think being a femboy would help when trying to defeat an enemy, unless he wanted to seduce them?
4º Seething-Snorlax gets the final spot by opening a Zelda Bottle containing misterious dark particles, and getting Impified because of it, I mean didn't your mother teached you not to open misterious bottles? Specially ones with the number 1.3 on them, now what could that possibly mean?