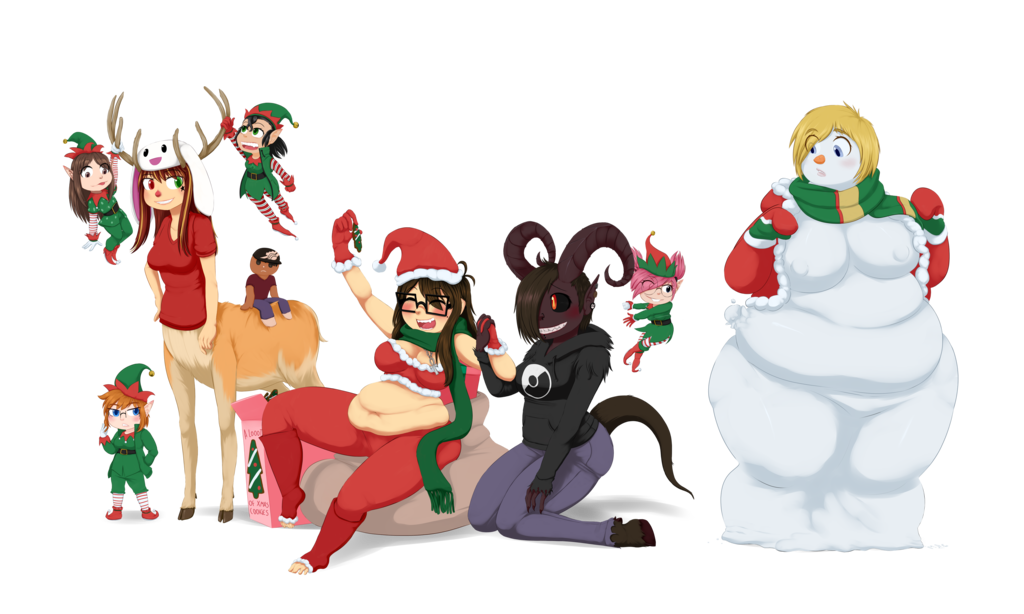 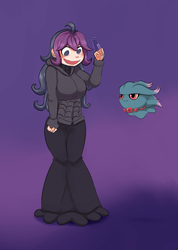 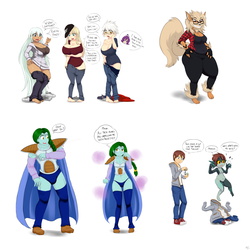 MentalCrash
Sooo, the year is almost off! This year has been quite... Remarkable, to say the least, getting started with the streams and all, I think it's easily the year I've posted the largest amount of stuff, I've been able to move out of the town I spent like 12 years into a larger city at last. As a thanks to some of the people who have been commissioning stuff from the streams here's a lil' christmas something :>

So, the little helper Elves first, from left to right:
-Malkaiwot
-IrateResearchers' Female Xavi
-Redmond17's Sandy Reswald
-TurboSalt's Levi
Then the rest of the characters:
-SomariaMoon as Rudolph
-TheUrbanLegend52 as Mr. Gingerbread
-A... Considerably chubby version of me as Santa? Wot, I had too many cookies and milk >3>
-Lovely love H-exe as Krampus
-And Nassley's Nashley as a super fat snow woman, Turbosalt is throwing a snowball at her, and is ready to throw another, so maybe that's what contributed to make her so large? :v

Anyway! Thanks everyone for an truly remarkable year ;3