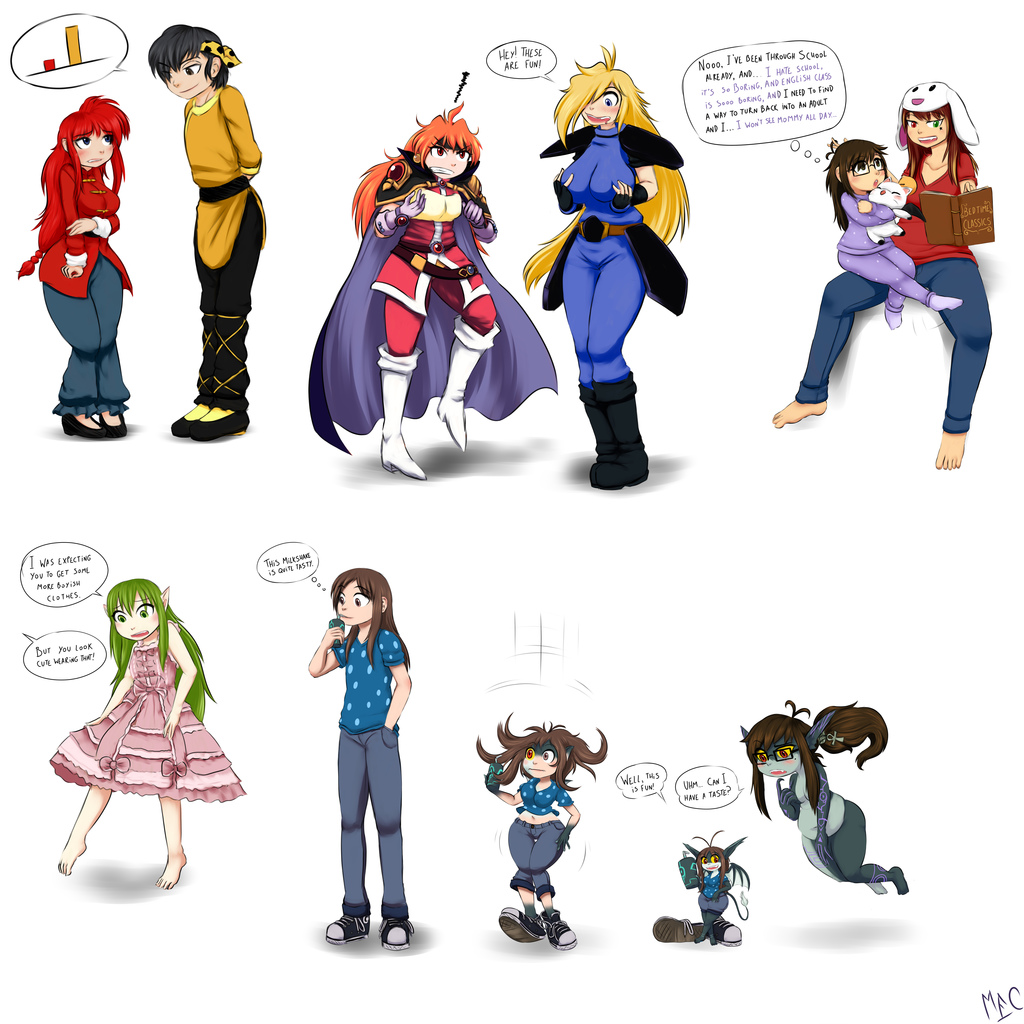 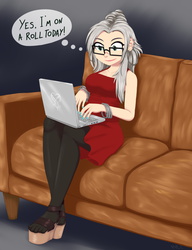 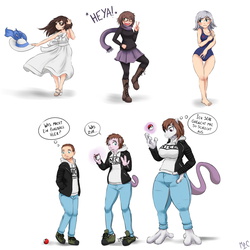 1º BunnehWyld asked for a pic of Ranma and Ryoga, from the classic TG and TF themed anime Ranma ½, seems like Ranma is no longer ½ though, her hair is longer and her overall posture doesn't show a whole lot of confidence, where did her strength go? :y Ryoga instead looks like he's enjoying seeing Ranma like that, very much so :>
2º BunnehWyld asked for another two characters (They have some Patreon Rewards on agenda), this one starring Lina Inverse and Gourry Gabriev from Slayers, Gourry has TGed, and of course as it usually happens with Lina, female Gourry has far bigger tits than her :V so is Lina angry because Gourry is feeling herself like that or is it pure boob envy? :3c
3º SomariaMoon asked for a new addition to the set we've been starring in together, where our ages just keep on going back and forth :0 and now I'm her lil' girl, but she's not as old as in the second pic, and while I'm still thinking (or at least trying to think) about turning back into an adult the prospect of having to go back to school again and not seeing mommy for hours every day seems much more worrying >3<
So this is the fourth part of the set, you can see the other three in the following links: Part 1 - Proper Care, Part 2 - Pampered Revenge, Part 3 - She's a Natural.
I wonder what will happen next :3c
4º TheUrbanLegend52 asked for a sequel to his previous sketch commission Tiki's Lost Dragon Stone, where he was turned into Tiki from Fire Emblem, in child form, and now the poor thing has to get used to wear girly clothes :y
5º Malkaiwot asked for a lil' sequence, TG+TFing himself into a lil' (Veeery lil') Imp after trying out some Twili Milkshake, ain't she cute? She's pocket sized :V and then Imp Me is wondering what may happen if I try it out, will I turn back into a human? Will I transform into an extra tiny Imp like Malkai?